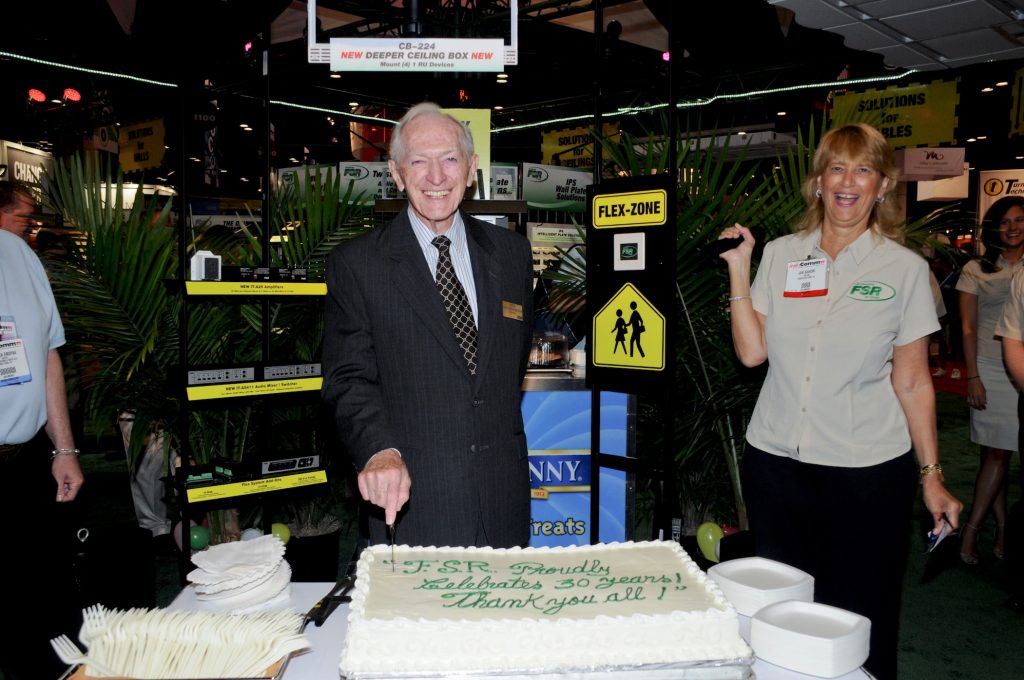 FSR Co-Founder and Chairman Bill Fitzsimmons died on October 25 at his home in Boca Raton FL following a year-long battle with cancer. His business partner, dearest friend and companion, Jan Sandri, were at his side. Bill was 91 years old.

“Bill was a gentleman to the core,” Sandri said. “He lived life to the fullest, enjoying the challenges of running a successful business and contributing to an exciting and invigorating industry. But he especially loved being surrounded by family, either those he was related to, or his FSR family.  Our hearts break with our loss as we mourn the passing of a great leader, friend, colleague, inspiration and quite simply a kind human being.”

Fitzsimmons received a BS degree from Boston College, an MBA from Babson College and an MS in Physics from Tufts University. His early career included positions in the Budd Company and the ITT Defense Group, Avionics division, working on both TACAN and LORAN navigation systems. He subsequently moved on to Sales Engineering, where he successfully worked on many large government contracts.

Fitzsimmons joined Charles Rodriguez as a partner in AV Services in the early 1970s to pioneer AV Integration solutions, working closely with the Wilke Organization and developing products for use in large AV projects throughout New York and New Jersey.

“Bill reasoned that if AV Services needed these products, other companies did also,” Sandri explained. “So on February 1, 1981 FSR (Fitzsimmons, Sandri, Rodriguez) was launched with Bill as the product designer/builder, Charlie as the financial person and me as the sales component. Our very first customer, other than AV Services, was Ancha Electronics.”

Fitzsimmons turned over the reins of FSR to Jan Sandri 10 years ago, moving into the position of Chairman. For the past four years Bill has enjoyed life in Boca Raton, where he worked on his hobbies and served as the VP of Kindness Shared Happiness Squared, a charity that helps children and animals in need.

Fitzsimmons was predeceased by his wife, Paula, and his daughter Carol.  Survivors include his son William and his wife Peggy; his son Paul and his wife Mary; two sisters, Carol Fitzsimmons and Paula Fitzsimmons; and his best friend, Jan Sandri.

Previous ArticleRegistration For Samsung’s ‘When To Choose LED vs. LCD’ Webinar Is OpenNext ArticleJohn Phillips Retires From Platinum Tools