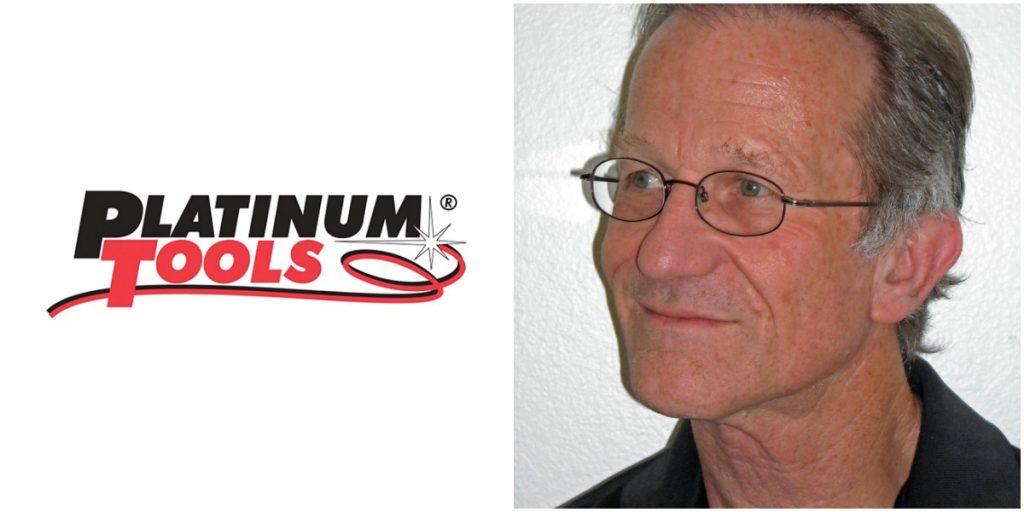 After more than 35 years in the industry, the last 18 of them with Platinum Tools, “Papa” John Phillips has announced his retirement, effective October 2.

“John joined Platinum Tools when we were small and looking to grow,” Platinum Tools Founder, Lee Sachs, said. Sachs also recently took a first major step toward retirement by stepping down from his role as Platinum Tools’ President. “John developed our core sales rep force and trained and assisted them in how to sell our products. He also developed our core customer base and provided invaluable support and assistance with our marketing programs and trade shows. He’s also not bad at driving a forklift and shipping…although he tended to abuse the tape gun!”

“I love my job, so hanging up my hat is not an easy task,” Phillips said. “In fact, I do so with mixed emotions…excited, and at the same time, sad. It is amazing how fast my 18 plus years with Platinum Tools passed me by. I have been in this industry for more than 35 years, and my 18 years with Platinum were the best because of the strong friendships I built during this time with my associates. So, as I begin a new chapter in my life, these special friendships will be part of the journey!”