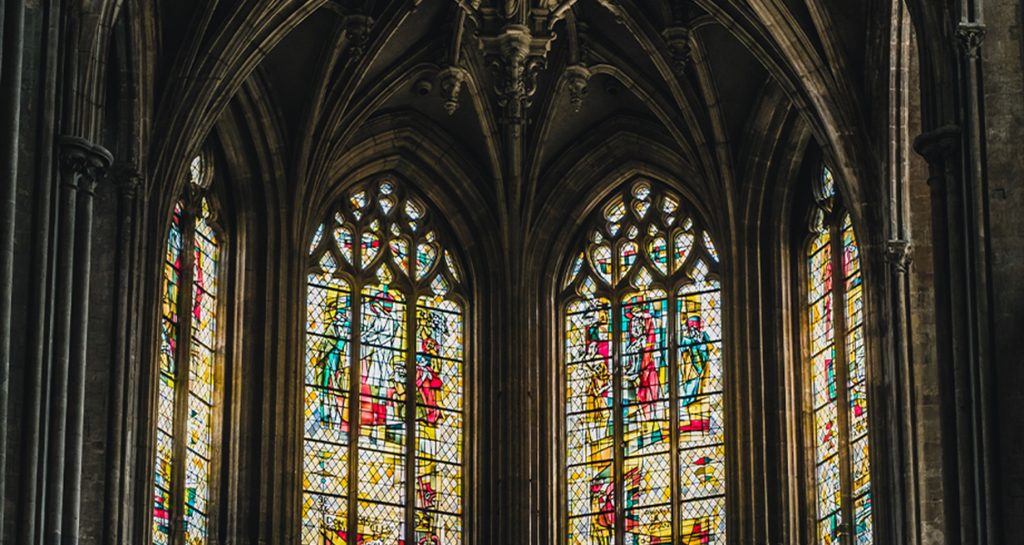 So, there I was in a cathedral, standing behind this massive stone pillar and hearing good-quality, highly intelligible sound from the sound system. What’s so special about that, you might be asking. Surely, that’s exactly what the sound system should be doing, right?

Well, first, I have to tell you that there were no loudspeakers on the pillar. Indeed, the nearest one was some 40 feet away, and it wasn’t directed to cover where I was standing. Second, I was in a huge cathedral that exhibited a mid-frequency reverberation time (RT) of more than 5sec. So, in other words, I was not in the coverage zone of a loudspeaker, in a hugely challenging acoustic environment. Nevertheless, I was hearing highly intelligible speech! What was going on?

Well, I suppose that one explanation could be that the designer was a genius. Now, although I would admit to having considerable experience with and expertise in working in challenging and reverberant acoustic environments, I’m not sure that I would apply the term “genius” to myself. However, I must say that the condition I had created here was certainly verging on the magical. So, let’s look at what was happening, as the “magic” was grounded in some basic acoustic and psychoacoustic principles.

First, to put the situation in context, look at Figure 1. It shows the nave, devoid of seats due to the novel coronavirus (COVID-19) pandemic. (For those who are curious, a set of cleaned/disinfected seats are bought out for each service.) The lack of seating has some interesting acoustic consequences. Those include an increase in perceived reverberation and the generation of new and potent floor reflections that, normally, would be dispersed (scattered) by the seating. The nave measures some 200’x66′, and it’s 67 feet high. The mid-frequency RT is currently 5.1sec., rising to 5.3sec. at 125Hz.

The nave sound system is based on a distributed arrangement of one-meter line arrays located on the pillars, with two units per pillar to cover the nave and side aisles. The last set of pillars, however, does not have loudspeakers because the area behind them is the main-access walkway, which is always kept clear of seating—that is until COVID-19 struck! Figure 2 shows a foreshortened and simplified plan that omits the sanctuary and transepts, which also form part of the nave’s acoustic volume.

I was standing behind the last pillar, which is shown by the red dot at the bottom left of Figure 2. As the figure shows, my nearest loudspeaker was some 40 feet away, situated to my right. Now, in this type of environment, a one-meter array will typically exhibit a useful-intelligibility limit of about 20 feet; thus, I was well beyond that limit, while also being off-axis. Yet, as noted, I was hearing speech and discerning it perfectly well! Figure 3 shows a simplified view of the main sound arrivals that I was receiving, while also showing the distances involved. (I don’t apologize for showing the distances in meters, as those are the units in which I normally work, as, indeed, did the Norman stone masons who built the cathedral more than 800 years ago in 1200 CE.)

Although at my listening position, behind the pillar, no loudspeakers were local to me, I could see most of the speakers on the right-hand (south) side of the nave. My right ear could also “see” these, whereas the pillar completely occluded the arrays on the left-hand side of the nave and the aisles. Because the walls are made of stone and are massive, and, therefore, they act as quite efficient sound reflectors (hence the long RT), some sound was also arriving at my left ear via wall reflections from the loudspeakers covering the left-hand (north) side aisle.

The question, then, is this: Were those off-axis, late-arriving and reflected sounds enabling me to hear intelligible speech? Surely not! That would go against what everyone is taught and already knows about intelligibility and sound-system design, particularly for such a reverberant space. (Unless, of course, you don’t know any better or, perhaps, you’re bordering on being a “genius”!)

So, let’s dig a little deeper into what was happening, as, indeed, those off-axis, late-arriving and reflected sounds were most certainly the cause of the good intelligibility that I was experiencing.

From Figure 3, we see that the arriving sounds nominally travel between around 42 and 109 feet to reach my listening position. That means that they will arrive over a time interval ranging from approximately 40ms to 110ms. “Oh no! More calamitous still!” the poorly educated and deprived audio theorists might exclaim. “For surely these will be heard as echoes. As any idiot knows, sounds arriving after 60ms or 70ms will be heard as an echo, and sounds arriving after 35ms to 50ms can degrade intelligibility!” Luckily, this idiot (or perhaps genius—it’s a fine line) is aware of some other associated factors.

The Magic Of Delays

Perhaps I should have revealed that I had deliberately introduced a progressive delay to the signals feeding the speakers down the nave. These were set on the basis of notionally frontal sound arrivals, but they’re not too much adrift for lateral positions, either. Those “delays” reduce the relative differences in time arrival from a time span of 70ms to just 12ms. It is these relative arrival times in which I am interested. The original sound, emitted some 150 feet away, is of no concern, as it will be more than 30dB down by the time it reaches the rear of the nave.

Let’s look at Figure 4, in which I’ve computed the potential amplitudes and relative arrival times of the signals indicated in Figure 3. In absolute terms, the sounds will arrive over the time span of 116ms to 128ms—a range of just 12ms—as shown by the upper and lower horizontal (x-axis) scales. In absolute terms, the amplitudes can nominally be expected to vary from -22dB to -30dB—a range of just 8dB (7.7dB, to be exact). A 12ms span for sound arrivals means that they’re all going to integrate nicely, and a listener will perceive the arrivals as a single event. (This assumes that they don’t vary significantly in terms of their angle of arrival or their spectral content.)

That’s the art (genius) of sound-system design—ensuring that this criterion is realized, as it was in this case. The integration of the arrivals into one perceived event has an added benefit: These components can all be considered “direct sound,” and, so, they increase the perceived direct-to-reverberant ratio (and hence the intelligibility). In other words, if the system designer does his or her job properly and understands how to bend the rules to his or her advantage, then the whole congregation can benefit—even those unexpectedly located behind a massive pillar, well beyond the conventional reach of the sound system. Now that’s genius!

In real life, things might not always be quite as simple as I have indicated. Nevertheless, the principles should remain intact. I leave you with Figure 5, which shows the measured sound arrivals behind the pillar. (It’s worth noting that an omnidirectional measurement microphone, rather than a directional, binaural listener, was used.) The arrival times and levels rather spookily agreed with my simplified analysis shown in Figure 4. Now that’s genius—pure genius!