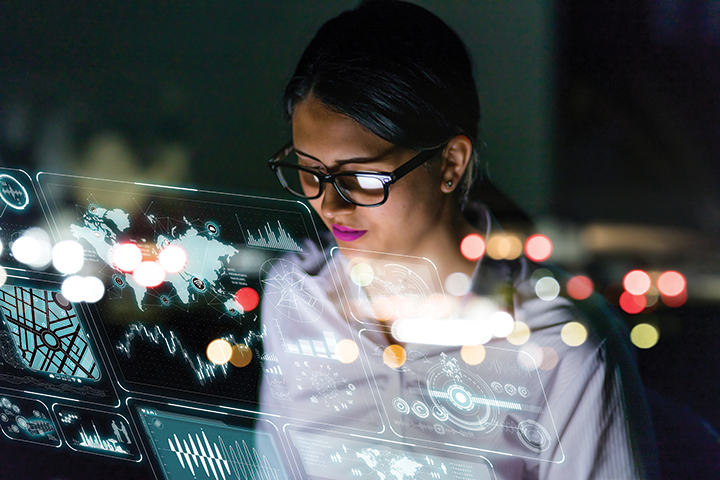 If you’ve never heard of Daniel Pink, not to worry—I had totally forgotten about a book he wrote in 2005 until the week I got back from Integrated Systems Europe 2018. More on that later….

Early February is usually a pretty dreary time of year in parts of North America and Europe. It’s often gray, cold and uninviting. Despite some potentially spirit-dampening weather, a bright spot had formed in the days just before the world’s largest commercial AV trade show, unnoticed by the 80,000 attendees who visited Amsterdam: AVIXA gathered a group of experts from around the globe to look at user experience (UX) and create guidance for our industry as regards designing AV systems that put the user’s experience at the forefront of thought.

It’s a timely concept, and the project will excite anyone who wants to follow the lead of the companies that provide us with products and services we didn’t even know we needed, but, now, we can’t live without…the ones that seamlessly fit into our lives. What better way to enhance the communication that AV systems provide than to make available to everyone information that will help them incorporate UX into business models and project plans?

When InfoComm International became AVIXA, we made it clear that it was more than a name change. AVIXA would approach the vast potential of AV experiences differently—from the way that it promotes the industry to potential user markets, to the thought leadership it delivers through its training and events, to the foundational elements that make up the experiences our industry delivers every day, including the user experience. We remain committed to everything that came before—education, certification, performance standards, trade shows and more. Now, we’re also committed to following new lines of design thinking to help illuminate, and arrive at, the true value of AV. A standard for UX reflects that new thinking.

We’ve officially embarked on this new path. I was talking to the UX task group’s moderator, Pete Swanson, a standards believer and longtime volunteer for AVIXA’s standards program. Swanson not only sees the value of standards in general, but also championed the idea and anticipated the impact that this particular standard could have on the AV practitioner’s ability to influence other trades.

“Standards might be seen as a dry topic, similar to QA processes and test plans,” he told me. “But, for me, they’re an essential part of helping our industry to ‘grow up’ and take our place at the design roundtable in harmony with the other professionals, such as architects, interior designers, consultants and cost planners. Written well, standards become an essential tool in design conversations, discussions around value/cost and, ultimately, delivering the outcomes the client expects and needs.”

Let’s face it—there is a widespread perception that AV systems are sometimes unreliable and fall short of the intended usage goals. Who hasn’t been to a meeting or conference where the audio can’t be heard, the presentation can’t be seen or the movie clip embedded in the keynote speaker’s jazzy opening doesn’t, well, open? Not always, but more often than it should happen, AV systems neither operate as intended nor meet the expectations of the users of those systems. We have come to expect the unacceptable, and we do the work-around. There is no established process for research, analysis, design, testing and improvement of user experiences specific to AV-enabled spaces. That’s about to change.

The ideas of design thinking and user experience aren’t new. One could argue that the concept goes back to the Renaissance, but it’s fair to say that modern-day industrial design started us along this path when Henry Dreyfuss wrote Designing For People (1955, Allworth Press). Although startling advances in technology have taken place over the years, remember that the original AV system (eyes and ears) hasn’t changed one iota, and that’s the system that interprets the effectiveness of the enhanced communication and integrated experiences that AV systems provide. It’s time to begin with that original AV system, and, using all the information we have on the subject, create guidance so that a user’s experience with an AV system is worthy of the service our industry is capable of providing.

And, although user-experience design isn’t a new concept, it’s one that’s often ignored in the rush to finish a project or, better yet, to get it started.

AVIXA is walking its talk by putting this standard into development. It isn’t an easy one. It’s a pretty broad topic in and of itself. The term “user” is a phrase that means different things, depending on whom you ask. But the task group is eager to get busy, and it feels strongly that it can put together meaningful guidance. Although it will be challenging, the group has exuberantly accepted the assignment.

Oh…and Daniel Pink? I remembered his book, A Whole New Mind (2005, Penguin Books). Although he never used the terms “design thinking” or “user experience,” that’s exactly what his book explores. He makes a compelling case about “right-directed” brain functions ruling the future. He asserts that the information age, which replaced the industrial age, was, in 2005, being replaced by the conceptual age. Here we are, 13 years later. Turns out, he was right on target.

If you’re interested in keeping up with the progress of this task group, don’t hesitate to go to www.avixa.org/standards, or email standards@avixa.org for information about joining our expert pool or signing up for our quarterly newsletter.