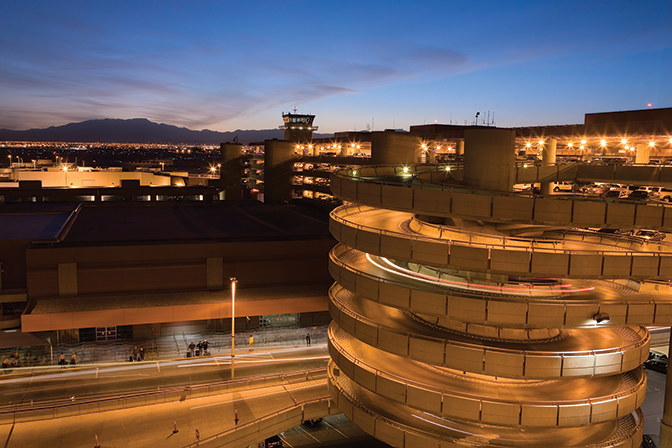 The ballroom at the Sheraton Denver was packed for the opening plenary of the Airport Planning, Design & Construction Symposium. Put on by the American Association of Airport Executives (AAAE), with which AVIXA recently partnered to help increase adoption of audiovisual solutions in the thousands of airports around the world, the symposium brought together airport operators, architects, engineers and others. The plenary was devoted to autonomous systems.

At one point, Andy Cohen, Co-CEO of Gensler, one of the world’s leading architecture firms, told the audience that when his company imagines a parking garage, it eschews internal ramps for getting cars from one level to the next. Instead, Gensler encourages building those spiral ramps, essentially attached to the corners or ends of the structure. Why? Because when the airport, in this case, decides it doesn’t need the parking garage anymore and wants to convert it to something else, all is has to do is knock off the spiral ramps and renovate. If the ramps were internal to the structure, it would be a much bigger challenge. 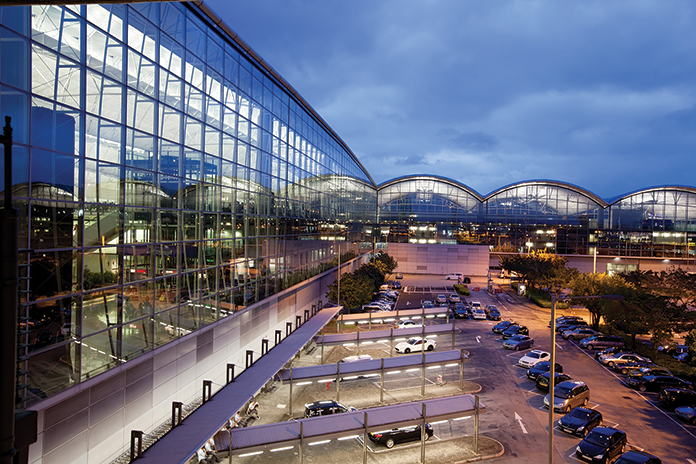 Why would an airport convert a lucrative parking garage, which currently accounts for a significant chunk of its revenue, into something else? Well, maybe if no one drove cars to the airport anymore.

There are those who look at the dawn of self-driving cars, plus the popularity of ride-sharing services like Lyft and Uber, and see a fundamental shift in the way many industries operate. (Headlines: “How Driverless Cars Could Disrupt the Real Estate Industry,” Forbes; “Self-Driving Cars Will Change Your Life More Than You Can Imagine,” CNN). And they don’t see it as a phenomenon for 2050, either (“G.M. Says Its Driverless Car Could Be in Fleets by Next Year,” New York Times).

Cohen described a world in which autonomous cars could reach widespread adoption in 10 to 15 years, starting with driverless deliveries in the next three to five years. He talked about the significant impact on air freight, short-haul flights and rental car services. His presentation specifically singled out Samsung’s purchase of Harman and its smart-car technologies as an example of how innovation is charging ahead. And, regarding Lyft and Uber, he noted that there are those who make arguments about “Why Driverless Cars Will Mostly be Shared, Not Owned,” The Economist. In light of all that, you can see how aspects of an airport’s operations—including its parking garages—might be ripe for a sea change. 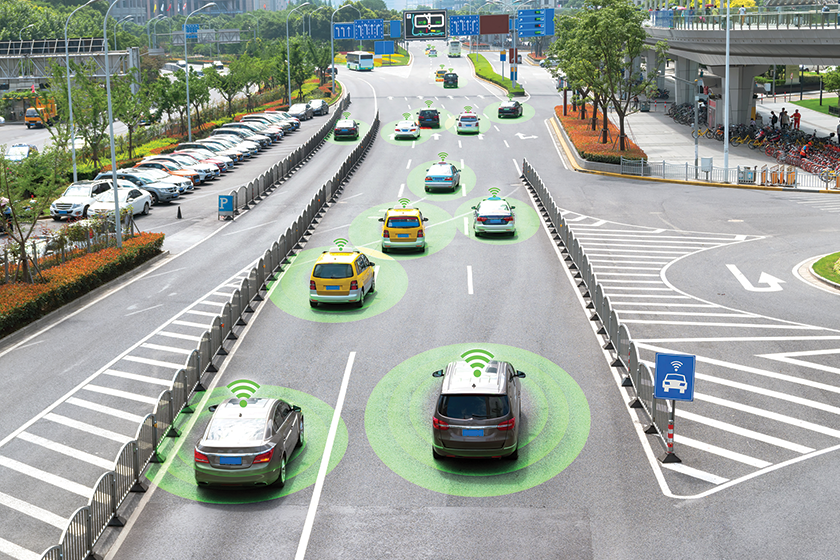 Sure, it’s easy to dismiss what doesn’t yet seem possible. Ten to 15 years? I just bought a fuel-efficient, regular, Brad-driving car that I expect to last at least a decade. But, increasingly, it would appear the writing is on the wall. Major technology companies, as well as car companies, rental car services, FedEx, etc., are investing heavily in an autonomous future.

What does that mean for you? Well, if you can imagine that future, as people like Andy Cohen at Gensler are doing, you can begin to imagine your role in it.

Already, airports are focusing on the terminal experience. The week following the conference in Denver CO, I was in Dallas TX for another AAAE event—the Airport Customer Experience Symposium—that AVIXA sponsored. Over lunch with executives from Indianapolis International Airport, we discussed how airports derive little revenue from the actual act of traveling (e.g., tickets, fees, etc.). They bring in a good chunk from parking (and, eventually, they must come to terms with the aforementioned disruption from autonomous cars). However, they also rely on people spending money in the terminals, the promotion of which requires creating an atmosphere for lingering, shopping and eating. So, the question is, besides TSA security lines, what else would make passengers arrive 30 minutes earlier for a flight and spend more money on food, drink, entertainment, souvenirs and services?

Perhaps you’ve seen the stunning Tom Bradley Terminal at Los Angeles International Airport. A collaborative effort among multimedia producer Moment Factory, MRA International, Sardi Design and others, it includes several distinct, immersive video installations that are designed to create a unique travel experience. I know, because you’ve been to the InfoComm show when it’s held in Las Vegas NV (registration’s open at www.infocommshow.org), that you’ve seen the massive Samsung videowall at McCarran International Airport. I’ve personally had the pleasure of being delayed in the new United terminal at Newark Liberty International Airport. I sat at a table with an integrated iPad and whiled away the time with content of my choosing, as well as food and beverage ordered on-screen from a variety of vendors. Heck, Portland International Airport last year installed a small, state-of-the-art movie house—in conjunction with the city’s landmark Hollywood Theatre and AVIXA’s partner in Integrated Systems Europe (ISE), CEDIA—replete with technology from Triad Speakers, Barco, Planar, Stewart Filmscreen, Middle Atlantic, Crestron, Milestone AV and others.

That’s to say nothing of the growing number of digital signage networks and flight information display systems that have pretty much become table stakes for 21st-century, tech-enabled airports. Across the entire transportation sector—from airports, to rail stations, to bus terminals—fresh opportunities for audiovisual solutions abound. At the Airport Customer Experience Symposium, I met Todd Koch, VP of Strategy and Business Development for Greyhound Lines. He told attendees that the bus company is re-focusing on experience, and it’s committing resources to the effort, including overhauling its terminals with technology. AVIXA is committed to helping build relationships between our industry and those in the transportation sector.

Through new relationships, the visionaries among us can begin to plan for more opportunities to come. For example, if airlines start to send autonomous cars to pick up passengers at their homes, or if travelers begin to opt for driverless Lyft rides to get to the airport, how will that affect the travel experience? What might the AV industry’s role be? One example: Gensler’s Cohen sees a time when those parking garages evolve into reimagined airport drop-off venues, replete with welcoming, tech-enabled experiences of their own. Opportunity? What might those areas need? From wayfinding, to digital signage and videowalls, to spatial audio, to mobile-experience integration, the creations of technologists and designers will continue to help redefine what catching a plane feels like.