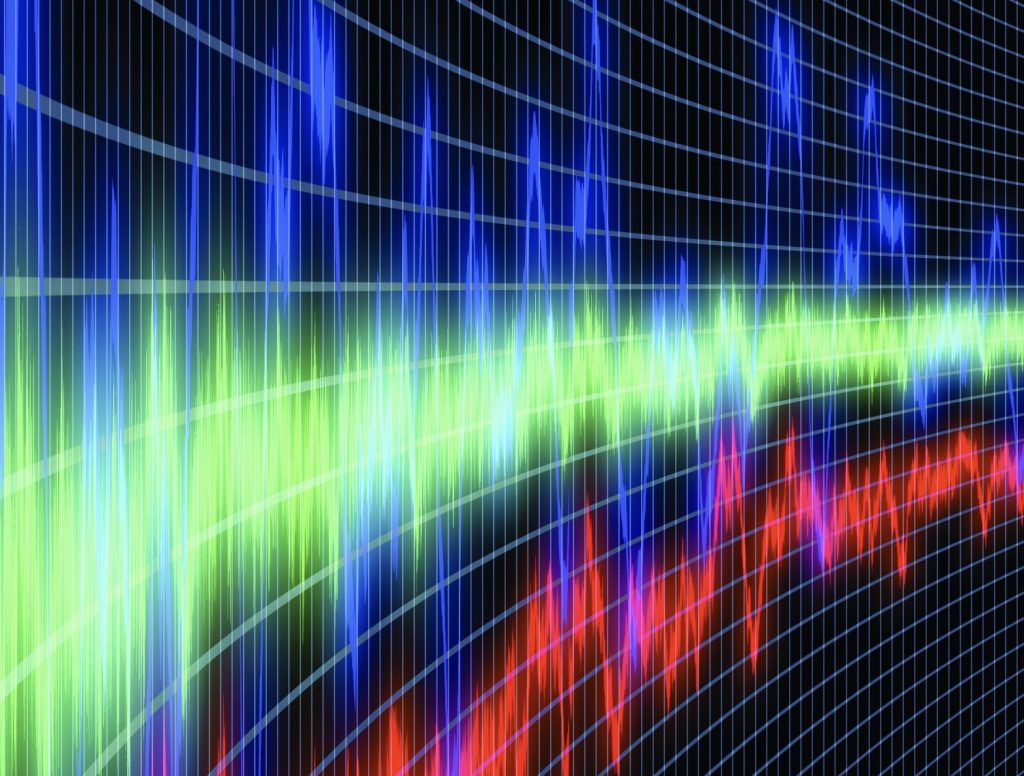 Usable UHF spectrum for wireless production equipment is at a premium due to reallocation via Federal Communications Commission (FCC) auctions, as well as due to rules changes and growing production requirements. That part of the UHF spectrum that does remain for use by wireless microphones, wireless intercoms and the like has become far more crowded. Wireless-production professionals are being forced to make changes to how they utilize and allocate the available spectrum for growing production needs. Of the available spectrum for wireless production, microphones, interruptible= foldback (IFB) and in-ear monitors typically take priority over intercoms. The reasons for this are numerous. For large-scale productions, the challenge is to make sure that wireless intercoms have the necessary bandwidth, as they are vital components in producing successful events.

Although it has never been easy to coordinate and execute wireless at large production events, UHF spectrum for use by production professionals was reasonably plentiful as recently as 10 years ago. Most productions could fit all their wireless needs (e.g., wireless microphones, IFBs, in-ear monitors, communications) in the UHF spectrum with a little preplanning and best-practices application. Even in the most crowded RF cities, available UHF spectrum was at least adequate to do complex production wireless.

It all started back in 2008, when the FCC forced all full-power television stations to transition to digital broadcasting. Digital-broadcasting techniques have greater spectral efficiency and allow TV channels to be broadcast on adjacent channels, without having to leave unoccupied channels between transmissions as guard bands. This increased spectral efficiency enabled the FCC to free up 108MHz of spectrum from the 700MHz broadcast band for new wireless services (e.g., mobile phones). This encompassed all the UHF spectrum between channels 52 and 69. Then, the commission auctioned off that spectrum, generating $19.6 billion.

The FCC was not finished, however. The desire for more wireless internet access resulted in an incentive auction to free up even more spectrum. This time, TV broadcasters were given the option to participate in a reverse auction, in which they were compensated for costs related to moving. This auction was completed in 2017, and it resulted in the reallocation of an additional 84MHz of spectrum from TV channels 38 to 51. This auction raised $19.8 billion.

In the wake of the completion of the incentive auction, the FCC devised a 39-month, 10-phase transition plan. That plan facilitates moving all existing television channels above channel 37 to lower UHF or VHF channels. Each station that is to move as a result of the incentive auction has been assigned to a specific phase; however, many stations have accepted incentives from T-Mobile (the largest bidder in the auction, at $8 billion) to move early. Once stations are cleared from a specific area, those frequencies can be used for mobile-broadband transmission.

Once the transition is complete, there will be even less spectrum to utilize for production wireless. The FCC has committed to keeping two TV channels available in any given location for use by production-wireless equipment. That equates to 12MHz of available spectrum, and that isn’t much. Another consideration is that the two channels the FCC has promised to make available are “subject to availability.” That means that, in some of the most crowded RF markets, there might not be any available spectrum for production-wireless use. In most locations, there will be some UHF spectrum available, but, suffice it to say, it will be a complex and cumbersome task to ensure wireless microphones and the like have clear spectrum to use.

Even in the best situations, there will be very limited UHF spectrum for production-wireless equipment to use. For large events, which require more than just a few wireless microphones, it will be necessary to migrate some production-wireless equipment to other bands. In order to achieve the best results in all categories of production wireless, it is imperative to prioritize based on operational requirements. Prioritizing wireless really comes down to placing gear in one of three categories:

Wireless IFBs, in-ear monitors and other audio devices for the talent are next on the list. Again, high reliability and low latency are key. A slightly lower fidelity (80Hz to 8kHz, typically) can be tolerated in IFB applications, whereas higher fidelity is still necessary for in-ear monitors. For this category, reliability is slightly less crucial than for wireless microphones, but it’s still very important. The occasional audio dropout can be tolerated, but, generally speaking, noise and dropouts are not acceptable. This requires high fade margins and relatively clean spectrum. Again, this type of RF device is typically best served by the rules and conditions that govern the UHF spectrum.

Although wireless-communications capabilities are critical for successful productions, these devices, in most cases, can tolerate a higher level of RF hits than wireless microphones or wireless IFBs can. In addition, a lower level of audio quality is usually acceptable. (That being said, to avoid ear fatigue, audio frequency response of at least 100Hz to 7kHz is desirable.) Also, dynamic range of at least 80dB is necessary for successful communication in high-noise environments. Occasional RF hits are acceptable, provided they do not compromise communications or become distracting to the user.

Many wireless intercoms in use today operate in the UHF band, utilizing analog FM technology; however, there are other readily available technology options that provide high-quality communications. Some of these systems also provide a higher level of features and functionality. These features and this functionality provide users with a more efficient and “wired-like” experience. Because of this, wireless-communications systems make the most sense to migrate out of the UHF spectrum when trying to free up more UHF operational frequencies for wireless microphones and wireless IFBs. 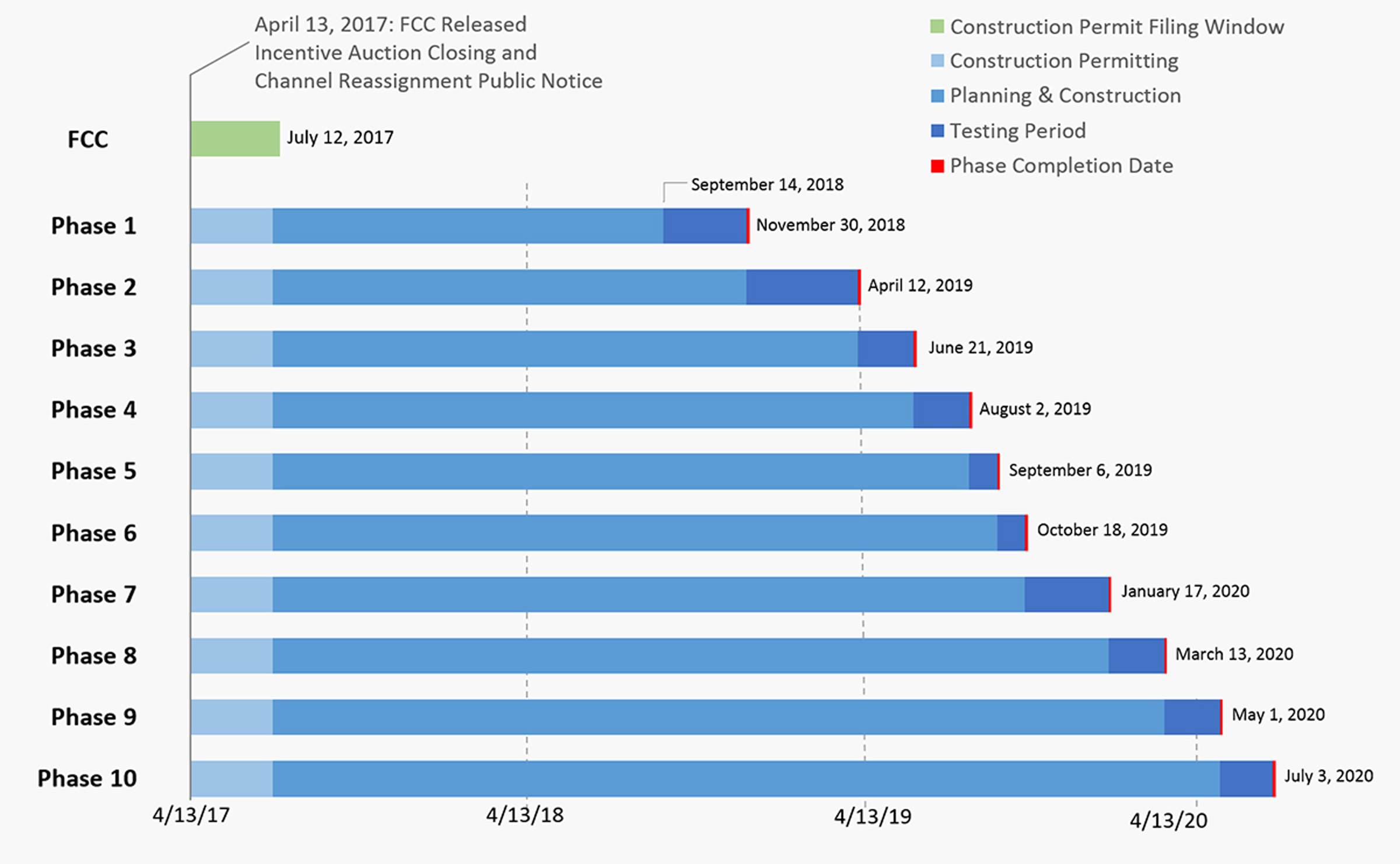 Four primary non-UHF-band options are most appropriate for professional-wireless-communication use. In frequency order, they are as follows: 902MHz to 928MHz (900MHz); 1880MHz to 1930MHz (1.9GHz); 2400MHz to 2500MHz (2.4GHz); and 5725MHz to 5875MHz (5.8GHz). Each band has its own strengths and weaknesses. However, considering all the factors involved with selecting a suitable area of the spectrum to operate wireless-intercom equipment, the most advantageous bands are likely 900MHz and 2.4GHz. Those areas of the spectrum offer a favorable blend of available spectrum, propagation characteristics and regulatory factors. Although 1.9GHz does have some advantages, the fact that there is so little spectrum available for use greatly limits user count and sets the stage for system-to-system interference during large events.

Regulations that govern the use of the two aforementioned bands require that all devices that operate within those bands use technologies that minimize interference and promote cooperative use of the available spectrum. This allows multiple devices to operate within the bands, with minimal interference or reduction of range and performance. This digital technology stands in stark contrast to older analog UHF radio technologies that were traditionally used for wireless intercom systems in the past.

As a result, spectral efficiency is significantly better, and you can pack a whole lot more users into a much smaller RF band, while, at the same time, maintaining a high-quality RF link. There’s also the added benefit that this comes without the complicated, time-consuming frequency coordination typically necessary for multi-system UHF operation.

The UHF spectrum is becoming much more crowded, and this will continue in the coming years. Production requirements continually call for more wireless devices to complete the task. At this time, migrating wireless microphones and/or wireless IFBs out of the traditional UHF band is not practical due to audio requirements and technical limitations.

By contrast, wireless-communication equipment can be effectively migrated outside the UHF band using existing technology. Eliminating wireless intercoms from the UHF spectrum can vastly increase the number of wireless microphones and/or wireless IFBs that may be operated at a given location. The 900MHz and 2.4GHz bands are excellent candidates for wireless communications due to propagation characteristics, regulatory factors and the amount of actual spectrum that is available. Spread-spectrum technology allows multiple users to share a given portion of the spectrum effectively, without a significant effect on other users.