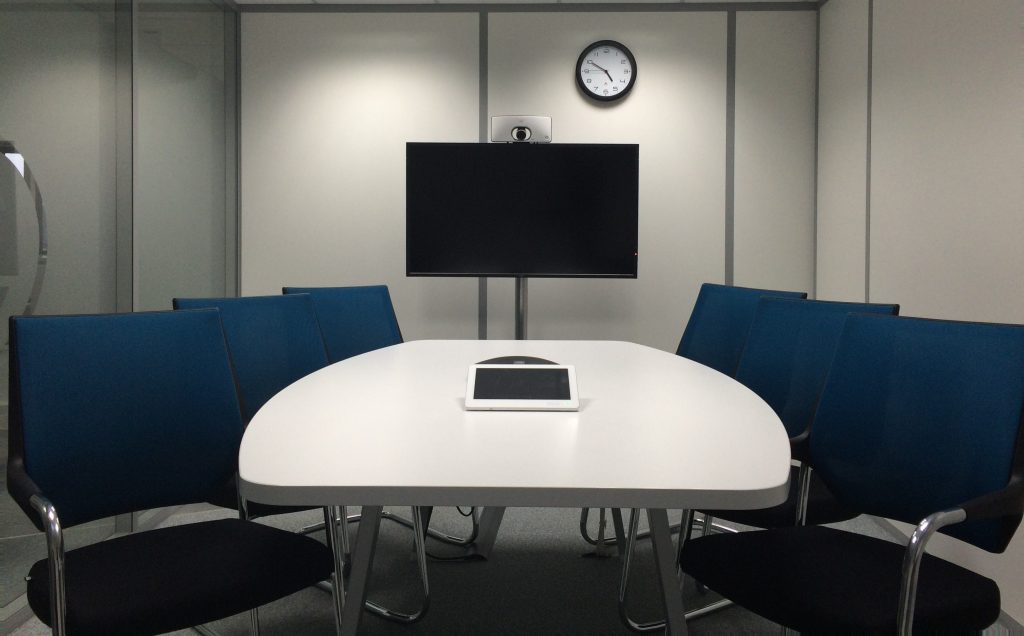 In the June issue of Sound & Communications, my Interactive Multimedia & Collaborative Communications Alliance (IMCCA) colleague, Mike Brandofino, asked whether this is the beginning of the end for purpose-built collaboration devices. He identified the growing trend of “a PC in the room or a laptop that runs one of the myriad collaboration software solutions on the market” as opposed to a “purpose-built device specifically designed and optimized for collaboration experiences.” Mike wasn’t convinced that the trend toward software-only systems was a good one, pointing out that he didn’t think it was “an all-or-nothing decision for customers.” He believed that there was “a growing trend for what [he] would call a ‘hybrid solution,’ where we do have purpose-built devices, but with the flexibility of running software-based collaboration tools.”

Without any awareness of the firestorm on the horizon, Mike was in fact correct to bring up this topic. There were/are a number of huge software providers saying that the purpose-built codec is dead and that the PC (or other general compute engine) has led to the democratization of video. Now, after two months have passed, I would like to comment on Mike’s article with the added perspective of the intervening months. In that time, our industry was up in arms about what was (depending on whom you speak with) either one of the worst vulnerabilities ever caused by a collaboration provider or a simple work-around that was neither wise nor properly explained/executed.

Rather than getting into the debate about that one provider and the severe (or meaningless) vulnerability it caused in Macs—and rather than discussing any of its competitors’ vulnerabilities, which were discussed immediately after the incident came to light—I’d rather focus on a simple fact: General-purpose computers are specifically designed and built to enable multiple general-computing purposes. (Duh, right?)

If you write and load a piece of software that tells the general compute engine to play chess, it will play chess. If you write and load a program that tells it to record your keystrokes and send them to a hacker’s personal server, it will do just that. As owners of these devices, we can work with security companies to try to prevent them from running programs we don’t want them to run; however, if such a program does get through all the security checks and balances, the general-purpose compute device has no conscience to know that it’s being “bad” and no purpose lock to ensure it stays on task. It just does what it’s told to do by the software. Running programs of varying purpose is exactly what it was designed and built to do.

Ultimately, if you take a general-purpose compute device and attach a camera, speakers, microphones and a display to it, but then expose it to software that tells it to load a web server, it will load the web server. It doesn’t matter if that web server is meant to make your life more convenient or steal your data—or if, in fact, it has anything at all to do with the reason you own the device—the PC or Mac will do what it’s told by the software.

Contrast that to the purpose-built collaboration appliances that Mike’s article told you to reconsider. Admittedly, such devices certainly have had their inherent downsides, as well. For years, they have been overpriced; many have been slow as molasses when booting up; and, ultimately, they run software, which means they are only as good as the software written for them. However, simple logic dictates, and we acknowledge, that they’ve never stolen your credit-card number, installed a web server you didn’t want or tried to trick you with a phishing attack. They’re not built to run general-purpose applications or widely distributed malware. They have a limited number of specific functions and they do those—and only those—just as they are intended to do.

Could such devices theoretically be used to gain access to your network via a brute-force attack? Yes—if they have not been properly fortified, there is a risk. However, it is a much, much lower risk as compared to any general-purpose compute device. I would postulate that 99 percent of all malware is written to attack vulnerabilities in general-purpose compute devices. That only makes sense, given that they’re the most common platform in the world.

So, if you want to carry around a device that can balance your checkbook, buy your movie tickets, read your newspaper, edit your home videos and then do some videoconferencing on the side, the general-purpose compute device (PC or Mac) is surely the way to go. However, if you’re in a Fortune 500 enterprise and you want to install (and not worry about) a fortified, solid device that has as its only possible purpose the completion of successful videoconferences, then it might be wise to go against the preponderance of loud voices today, screaming about how democratized the general-purpose compute device has become. Enterprises of that sort might want to install a modern, powerful, inexpensive codec. It might not be capable of browsing Facebook to see the latest video of a dancing cat, but, believe me, that might be a good thing in more ways than one.