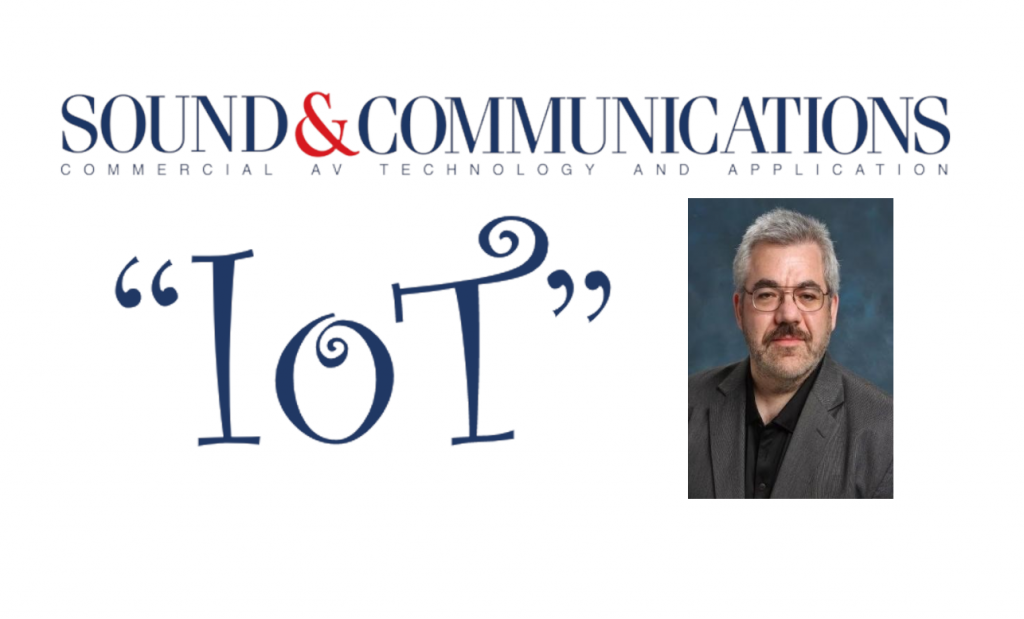 Testa Communications, publisher of Sound & Communications, the most widely respected trade journal serving those who design, spec, install and operate commercial AV systems, has announced the creation of a new monthly column, “IoT.” Overseen by David Danto, the Director of Emerging Technology for the Interactive Multimedia & Collaborative Communications Alliance (IMCCA) and a Principal Consultant at Dimension Data, the column will be written by IMCCA Board members Ken Scaturro, Chief Revenue Officer (CRO) at Yorktel; Mike Brandofino, Chief Operations Officer (COO) at Yorktel; and Danto on a rotating basis.

“IoT” will cover managed service opportunities of all sorts: digital signage, collaboration, the Internet of Things, etc. Readers will learn about not only managing large digital signage ecosystems, but also managing videoconferencing, digital microphone, lighting and general-compute/codec ecosystems, plus countless others, on a large scale.

“IoT” will replace the long-running “Sign Age” column, reflecting an expansion and maturation of commercial AV. Shonan Noronha, EdD, will transition away from month-to-month writing responsibilities, but she will remain on the Sound & Communications Technical Council. The editors thank Shonan for her more than 10 years of contributions to Testa Communications’ publications.

The January 2019 issue of Sound & Communications will feature the debut of “IoT.” The initial column, entitled “A Question Of Scope,” will feature Danto expounding on the exciting content the year will bring.