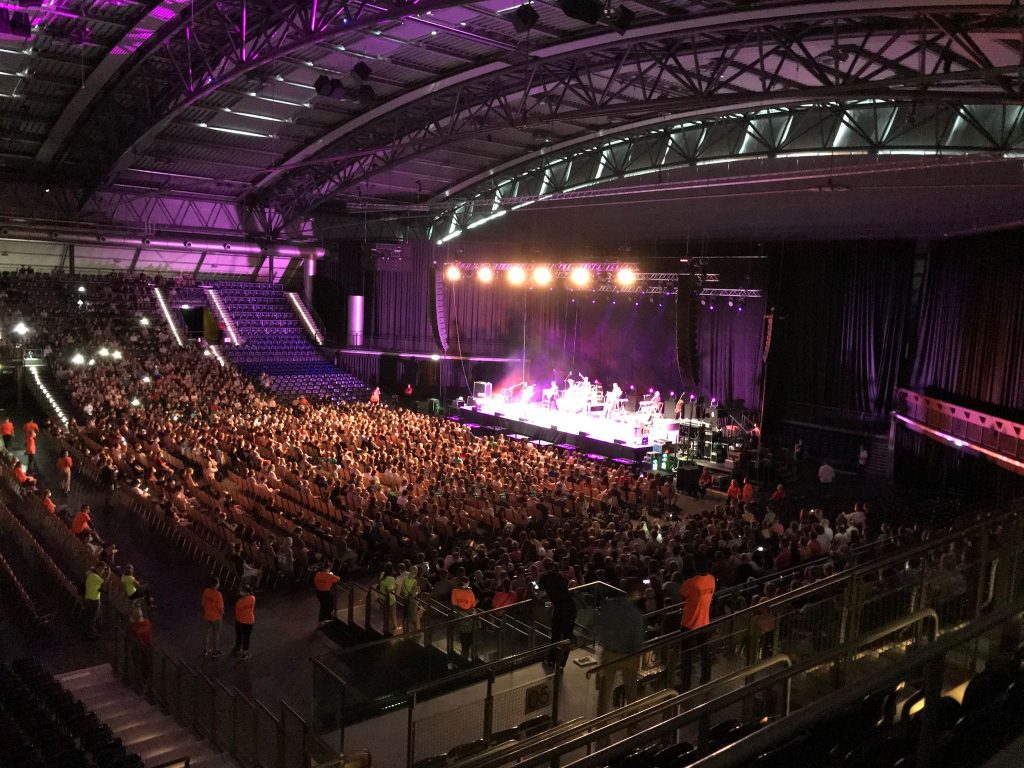 Restart-19 is an evidence-based scientific study conducted by the University Medical Center, Halle, in Germany, in conjunction with the regional government. It’s aimed at investigating novel coronavirus (COVID-19) risks associated with staging major cultural or sports events in indoor arenas. The project has received almost a million euros in funding—a measure of just how desperate the situation facing the future of such events has become. The principal aim of the study was to determine which technical and organizational actions can most effectively minimize the risk of virus transmission in the context of such events.

Composed of several sub-projects, the most visible element of Restart-19 was a large experiment conducted in the Leipzig Arena, in Leipzig, Germany, featuring singer Tim Bendzko and his band. About 1,800 audience members attended to participate in different real-life simulations of the concert experience. Every measure was taken to ensure that no one taking part in the experiment or in the local population was put at risk. It’s hoped that the data gathered will assist the authorities in finding ways to reopen sports and concert facilities.

Schalldruck Audio, of Chemnitz, Saxony, Germany, tendered for the event and was awarded the contract to supply audio. Deploying a combination of CODA Audio products, Schalldruck invited the company’s Sebastian Baehr to deliver technical support for the preparation of the project and to act as onsite system engineer to set and tune the system. Powered by LINUS14D amplifiers, the system was composed of 12 AiRAY plus three ViRAY (downfill) per side, combined with eight ViRAY (outhang) per side, with 10 SCP-F plus four SCV-F as a sub-arc, and six N-APS as front fills.

The multipurpose indoor arena can accommodate up to 12,000 people for concerts, but, for the Restart-19 experiment, a much smaller audience was present. This resulted in more reflective surfaces within the space. The “concert” part of the experiment was divided into six periods of 20 minutes. The audience was organized in different social-distancing configurations.

CODA Audio’s Director of Global Marketing, David Webster, commented, “We were very proud to see a CODA system at the center of what everyone hopes might prove to be a pivotal moment in helping to restore the fortunes of the live-performance sector. The announcement of Restart-19 attracted worldwide interest, and it is to be hoped that the data gathered by the project will give the industry some cause for optimism in the not-too-distant future.”