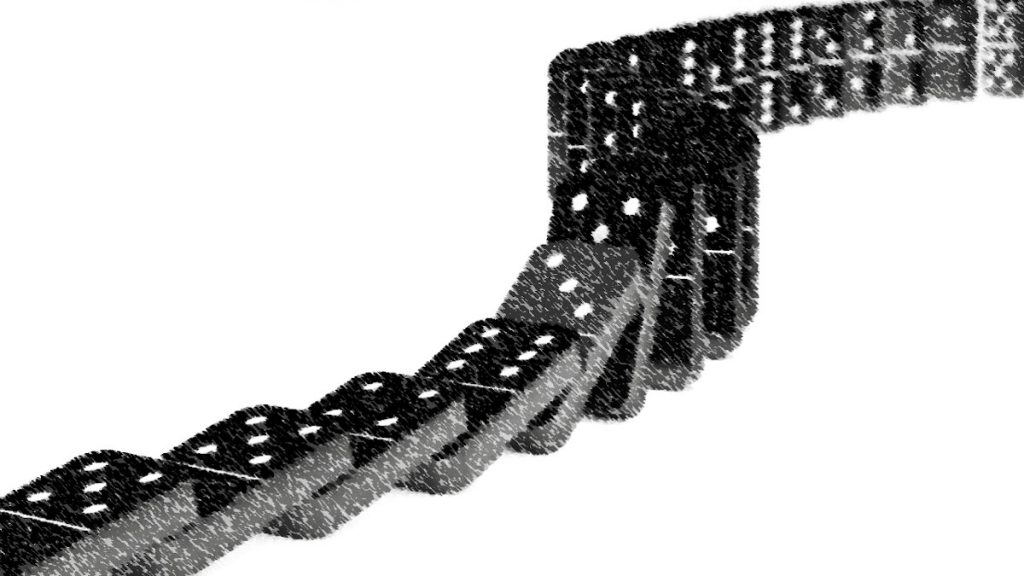 Why the pandemic means everything is about to change, especially for remote work.

In the “IoT” column in the December 2020 edition of Sound & Communications, I wrote about what we could expect in the upcoming year. “The Dominoes Will Fall” explained how we did not have to see many of the future events happening before our eyes in order to know that they were inevitable. Just as with a bunch of dominoes lined up, we could be confident that, once we saw the first one tip over into the next, the last one would surely fall. I felt then—and I still feel now—that this is an important concept to which not enough people are paying attention. It means everything is about to change, and the attractions space is not immune to those forces.

Before the horrific pandemic, remote workers were often scapegoated, characterized as being lazy and unproductive. No amount of research to prove those stigmas false could change the prevalent thinking. When remote employees existed in an organization, they were (at best) tolerated as having a possibly deserved “perk.”

In the post-pandemic world in which we find ourselves, the obvious facts have eviscerated the lies and stigmas. Although people might not like having to stay home because there’s no choice but to do so, and there might be issues with “fatigue,” it’s now a proven fact that knowledge workers can work remotely and, often, are more productive and effective in doing their jobs.

How do we know this is really a major change? Just look at the real-estate market for office space in big cities. There are currently hundreds of thousands of rentable square feet of office space available in New York NY, San Francisco CA and other major corporate-hub cities. Enterprises are shedding leases as rapidly as they can because they’ve realized that supporting remote workers, who are clearly productive, is far less expensive than holding onto desks they don’t need in expensive offices.

Remote working has now gone from barely being tolerated to being an enterprise strategy. So, what does that one specific domino falling mean? Which ones are lined up to fall next?

Well, for starters, it means that, for the first time in their lives, many people will no longer choose where to live based on a desire to be close to and/or a commutable distance away from an office. That’s a monumental change that can’t be overstated. Empowering employees to choose their home based on factors like cost of living, religious or community involvement, proximity to family, neighborhood quietness (or excitement) to suit their preferences, etc., will have a long-lasting effect on society and culture. The big winners in this will be smaller, dispersed businesses that cater to these individuals. The big losers will be retail, dining, entertainment and other venues that cater mostly to commuters.

Consider, for example, a restaurant that was built to cater to the huge lunch crowd near office complexes. That restaurant will likely never reopen after the pandemic. Its economic model will simply no longer exist. This situation also applies to some bars, retail establishments, entertainment venues, etc. In short, any business geared to serving workers as they commute to, and work within, a concentrated area will likely find it difficult to survive in a world with much smaller company-office footprints.

The silver lining is that businesses and venues that are designed to serve suburban customers will likely reemerge and thrive. We might see the return of neighborhood restaurants and venues to replace the services that, at one time, people sought in bigger cities.

Another domino to consider is the one that fell because of digital entertainment. As the pandemic forced people to stay home (and nearly bankrupted movie-theater chains), people discovered that the 70-inch, 80-inch or 90-inch ultra-HD displays and Dolby surround-sound systems in their living room compared very favorably to the experience they’d formerly had at a fifty-million-plex movie theater. As over-the-top (OTT) content providers began to send first-run movies direct to homes, there was little reason to schlep to a movie theater for an overly expensive, dirty and uncomfortable entertainment experience.

Although the cinema industry might perceive this trend negatively, I personally find it very refreshing. Movie theaters will now have to compete for an audience by returning to the movie-going experiences that used to exist back in the days when Radio City Music Hall was a prime movie venue. They’ll need cleaner, more comfortable,
grander theaters, and they will have to add things such as live segments, contests and other elements that can’t be experienced in a living room.

All the changes mentioned here (and the many others I mentioned in the December column) are clear, inevitable and actionable. If we want our industry to survive, we will have to start to ignore disingenuous industry leaders who blow smoke at us and tell us we’re special and different just the way we are. Instead, our industry has to become good at adapting and evolving with the rest of the world.

Don’t let the falling dominoes knock you into oblivion.