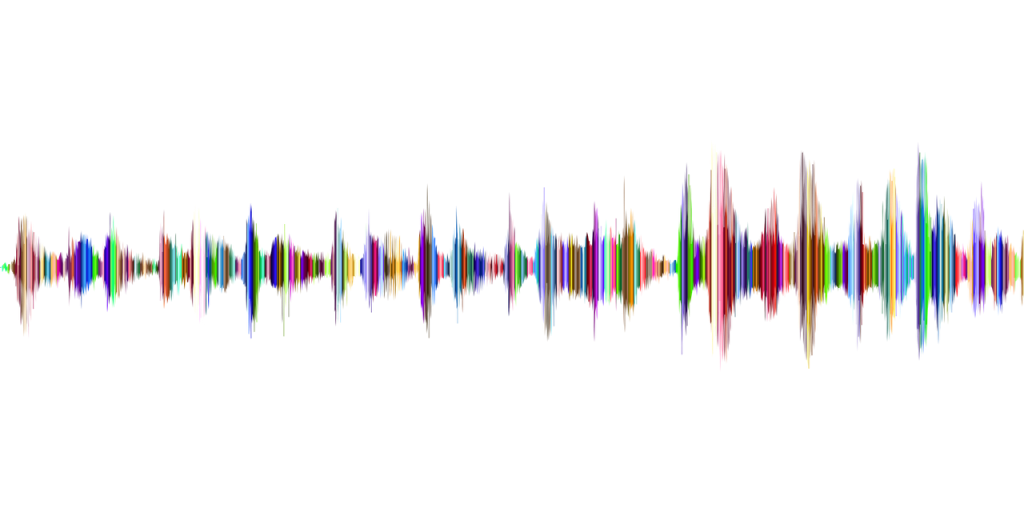 Just turn up the volume and people can hear what’s being said, right? Well, not really….

A loud public address (PA) system might help some who have a relatively mild hearing loss hear well enough at a place of worship, theater or city council chamber, especially if they also have hearing aids to boost just those frequencies they have trouble hearing. However, for many, loud is simply not enough. Although most with hearing aids might still be able to communicate effectively in one-on-one conversations in quieter settings, hearing and understanding in public venues—especially in large and reverberant churches—can be difficult or impossible. That’s why the Americans with Disabilities Act (ADA) mandates hearing-aid-compatible assistive-listening systems in certain venues, if there is a functioning PA system.

Most people who have hearing loss have difficulty hearing higher-pitched sounds or cannot hear them at all with the unaided ear. Vowels fall into the lower- to mid-frequency range of sounds typical of human speech, whereas consonants fall into the upper range. Consequently, a person who has the typical high-frequency hearing loss will have difficulty discriminating between words such as “sill” and “till.” That is particularly true in a setting such as a place of worship, a legislative chamber or another place where the listener is some distance from the person speaking, and therefore following the proceedings through sound from a PA system.

Today’s hearing aids compensate to some degree for the user’s inability to hear high-pitched sounds by providing more amplification for those frequencies as compared to the lower-pitched vowel sounds. And they’re adjustable so that the amplification matches the user’s hearing loss at various frequencies, as depicted in his or her audiogram. With hearing aids, a hard-of-hearing person in a one-on-one situation will usually be able to hear and understand what’s being said. If the speaker moves away, however, that understanding is impaired because of factors for which the hearing aids cannot compensate.

Typical directional microphones in hearing aids, intended to improve speech understanding in noisy environments, have an effective hearing range of about six feet; beyond that distance, speech can become problematic due to some fundamentals of sound and hearing. By adhering to the typical emphasis on pushing lower frequencies to make a PA system “sound good,” engineers are actually making it more difficult for a hard-of-hearing person to understand what’s being broadcast by that system, because they’re being denied strong higher frequencies.

One of the basic rules of sound engineering is the 6dB rule of distance. Every time the distance from the noise source is doubled, the sound pressure weakens and the level decreases by 6dB. Another rule—this one is not of sound engineering, but, rather, of people’s perception of sound—is the 10dB rule. To wit, people generally perceive that the loudness of a sound doubles every time the sound pressure level (SPL) increases by 10dB. Thus, a sound at 60dB will be perceived as being twice as loud as a sound at 50dB; at 70dB, it would be heard as being four times as loud. The reverse is true as the sound level is reduced.

Another problem faced by those who have hearing loss is the relative strength of sounds at various frequencies. In general, low-frequency sound waves will travel further than high-frequency waves, because less of their energy is transferred to the medium (such as a wall or even just the air) through which they are passing. This allows low-pitched sounds to be heard at a distance, whereas the higher-pitched ones will have weakened to the point that they cannot be heard.

As a result, as distance from a sound source increases, the typical hard-of-hearing person who has high-frequency hearing loss might still hear the lower-frequency vowel sounds, but he or she, regardless of whether hearing aids are in use, will not hear the higher-frequency consonant sounds that are so critical to speech understanding, due to the limited range of hearing-aid microphones.

The speech-to-noise ratio plays an important role in speech comprehension, and it’s especially important to those who have hearing loss. Put simply, it is the difference between the decibel level of the speaker and the level of background sound or noise. For those who have normal hearing, a 10dB difference is considered acceptable; however, for those who have hearing loss, it often has to be 20dB, or even as much as 25dB, for adequate comprehension of what the speaker is saying. That means background noise should not exceed 55dB for those with normal hearing to carry on a conversation without raising their voices, but it might have to be as low as 40dB for a person who has even moderate hearing loss to hear and understand a speaker whose voice measures 65dB.

The speech-to-noise ratio comes into play in settings where the sound level of speech goes down due to increased distance from the speaker, even as the background-noise level remains the same. As the distance from a loudspeaker increases, while the background-noise level remains the same, a person who has normal hearing might still hear and understand the proceedings being broadcast. At the same time, a hard-of-hearing person will not.

The situation is further complicated if considerable reverberation is occurring. The ability of a hard-of-hearing listener who has even a mild to moderate hearing loss to discern the words being said in strongly reverberant environment drops off much more quickly than for a person who has “normal” hearing. With the addition of background noise, the drop off is even more significant. For seniors, the drop off in both instances is yet more severe.

Further exacerbating the problem for the hearing impaired in a noisy environment is the presence of voices other than that of the speaker. The ability to focus on one voice while blocking out others, or to differentiate speech from background noise, is known as the Cocktail Party Effect. A very common problem that affects at least 20 percent of old and young people alike is this inability to focus their auditory attention on a particular stimulus, while filtering out a range of other stimuli. At a party in a noisy room, some of us struggle to understand conversations when multiple voices are present. If we add hearing loss to the equation, little or nothing of what’s being said will be understood.

Research also documents that, as people age, they experience a diminution of their cognitive ability. In particular, they’re found to have reduced speech-recognition abilities when speech signals are altered or degraded in some way (for instance, a strong Spanish accent heard by a non-Spanish speaker). Those who fall into that category, like others who are hard of hearing, could benefit from slowing down the speech and increasing the clarity.

To address the speech-perception problems that people experience, the ADA mandates the use of an assistive-listening system (ALS) in “each assembly area where audible communication is integral to the use of the space” or “wherever audio amplification is used.” The sound signals delivered by an ALS do not travel through acoustical space before arriving at a listener’s ears, but, rather, they are delivered directly via FM, infrared (IR) or magnetic induction. Thus, the sound received is neither weakened by distance nor degraded by noise and reverberation during its transmission; as a result, the speech-to-noise ratio improves dramatically.

The ADA also requires that new ALSes in public venues be hearing-aid compatible, which means their signals can be accessed without users having to remove their hearing aids. All three currently available ALS technologies meet that requirement. FM and IR systems do so by incorporating a neckloop, rather than a headset or earbuds, with some of their receivers. Users who have telecoil-equipped hearing aids access the sound by donning a neckloop and turning on the telecoils in their hearing aids or cochlear implant, thus avoiding the possibility of damage or loss when removing the devices.

For hearing-loop systems, the loop transmits directly to the hearing aids and cochlear implant via their t-coils, and to other users with headsets or earbuds via receivers. Users fitted with t-coil-equipped hearing aids are not required to borrow and then return a receiver and headset, and their hearing aids provide sound that is customized to match the unique pattern of frequency loss of each individual user.

A survey conducted by the Committee for Communication Access in New Mexico, a non-profit hearing-loss-advocacy group, has documented a preference among the hard of hearing for hearing-loop technology, as well as the higher rate of use it receives over systems that require the use of headsets or earbuds.

The survey was conducted using SurveyMonkey, and invitations to participate were sent to more than 2,000 known hard-of-hearing recipients in New Mexico and around the US. Of those, nearly 350 individuals responded. Among that group, 98 percent had addressed their hearing loss by getting hearing aids or a cochlear implant, and 89 percent reported having telecoils in their devices. Six percent reported they did not have telecoils, and a few didn’t know whether they did.

They were asked, “If you go to a theater, place of worship, meeting room or other venue that has an assistive-listening system where you must borrow a receiver and a headset, how often do you borrow the equipment?” Only 19 percent of respondents reported always borrowing the equipment; another 13 percent said “usually,” 23 percent claimed “sometimes” and a whopping 45 percent said “never.”

Hearing-loop advocates claim loop and telecoil technology is much preferred by the hard of hearing, because it allows users to access an ALS without having to remove their hearing aids and risk losing or damaging them. Users also express concerns related to hygiene when it comes to borrowed headsets or earbuds. Do those claims and concerns result in behavioral changes when you transition from headsets to neckloops or to actual hearing loops in place of FM or IR? According to data gathered in the survey, the answer is most definitely yes. When asked the same question as was quoted earlier, but, this time, with a neckloop instead of a headset, the “never” response went down from 45 percent to 31 percent. That marks a significant increase in equipment use.

Further confirmation was recorded when participants got to number nine in the 10-question survey. They were asked, “If you go to a venue that has a hearing loop, how often do you listen to the proceedings using the telecoils in your hearing aids or cochlear implant?” Among respondents who had telecoils and visited looped venues, 55 percent responded with “always”; meanwhile, another 14 percent reported they “usually” turned on their t-coils. That’s more than two-thirds! With another 11 percent saying they sometimes do, that left only eight percent reporting “never.” (The remainder indicated they don’t have telecoils or they have no access to hearing loops.) Only eight percent indicating they never use hearing loops, as compared to 45 percent with headsets, attests to prevailing public sentiment among the hard of hearing.

If the purpose of a facility’s ALS is to make the proceedings available to as many people as possible, then audio frequency induction-loop systems (AFILS or hearing loops) are the most helpful to the most people. For that reason, the Hearing Loss Association of America (HLAA) encourages all places of public assembly to consider them.