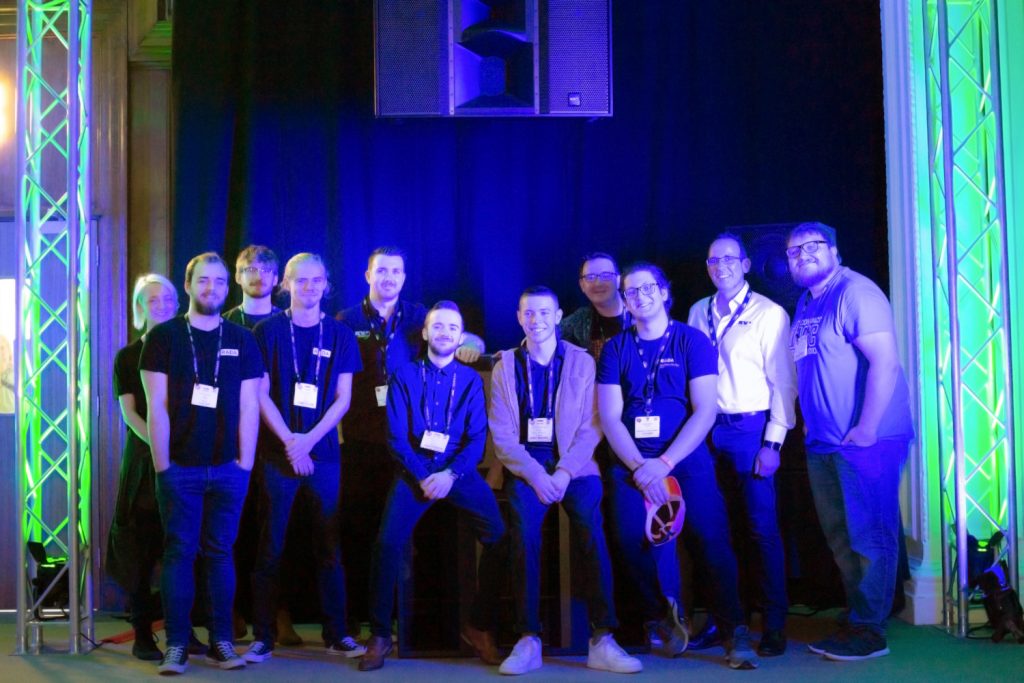 Royal Academy of Dramatic Art students with KV2 in their demo room at PLASA.

KV2 Audio has announced a partnership with RADA (Royal Academy of Dramatic Art) to support the training of students in theater sound production. KV2 has provided a range of EX Series loudspeakers to equip RADA’s Jerwood Vanbrugh and Gielgud theatres, and the company will also offer masterclasses on sound design and the use of point-source technology in a theater environment.

According to RADA’s head of sound, Steve Mayo, “These partnerships are the lifeblood of hands-on training for our students. I am very eager for our sound students to have the opportunity, not only to work with high-quality, modern equipment, but also to meet the people behind it. The support we’ve had from KV2 has been invaluable in paving the way for this partnership, from our initial conversations at ABTT in June through to them organizing for all our students to have a proper demo of the full KV2 range at PLASA last month.”

Mayo recalled that his decision to approach KV2 was sparked initially by theater sound designer Richard Brooker when he came in to talk to RADA students about working on musicals and Brooker mentioned that KV2 had become an important part of his designs. Mayo was further prompted by the fact that Autograph Sound (with whom RADA already has a close relationship) are an important KV2 user, a fact endorsed by Autograph sound designer, Avgoustas Psillas.

“We were lucky enough to get Avgoustos in to mentor to our sound design students when we were preparing for our musical production during the last summer term, and he was very complimentary about KV2, just as Richard Brooker had been,” Mayo explained. “I was able to meet Tom Weldon from KV2 at ABTT for an initial conversation and arrange a visit for him to RADA so that he could see for himself the level and quality of training we offer our students.”

Following the visit, Weldon had no hesitation in agreeing to the partnership. “We’re very keen to work with the technicians, engineers and designers of the future, and feel that we can contribute to offering them a solid grounding in modern theatre techniques with equipment that is actually in use in productions across the West End and Broadway, as well as on national tours,” Weldon said. “We’re proud to be able to make a positive contribution to the education of future generations.”

Mayo added, “RADA does an amazing job in terms of the amount of productions we do. Over the course of this academic year we will mount 13 RADA productions across three venues as part of the Technical Theater and Stage Management course in collaboration with the third-year actors training. The partnership with KV2 hugely improves our FOH systems for both the Jerwood Vanbrugh Theatre and the Gielgud Theatre, and is incredibly exciting for the students and the productions to be using state-of-the-art equipment for their learning.”