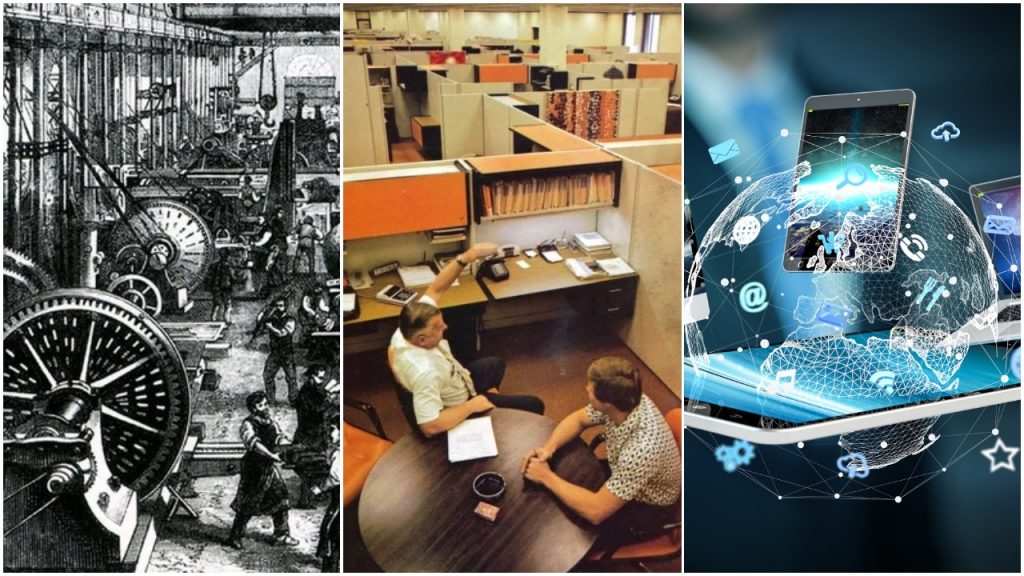 What the world could look like in 2021 and beyond.

As is obvious, the current pandemic is enormously disrupting the world. People are going through terrible suffering right now, and the economic fallout on the back end will change our way of life. But what happens when this passes and people start to go back to their offices, back out to restaurants and return to what was considered “normal”? Does the world even go back to the way it was before, or is there instead a next normal? If so, what might that look like?

I think the safest predictions to make are these: The world won’t be the same, and businesses will operate differently both pre-vaccine and post-vaccine. Millions of people will have gained some experience of working from home, and many of them will have come to realize remote work’s benefits. Others crave human connection, and, although they might not have to come into the office every day, they’ll have a desire to do so at least a few days a week. That said, ultimately, businesses would have to redesign everything from their policies to their infrastructure; accordingly, the next normal will certainly look a bit different from that to which we’re accustomed.

A common way to anticipate the future is to look to the past. As James Burke pointed out, “We don’t have anywhere else to look.” So, before we consider the future, perhaps it’s worth looking to the past. Most germane is how short a history the “traditional office environment” has actually had.

At the dawn of the Industrial Revolution in England around the 1750s, the office was simply where the paperwork for the factory was done. Typically, this was directly above the factory floor. All the workers for both the factory and the office lived within walking distance of the factory, and everyone had a regular clock-in and clock-out time. If workers were lucky, they had Saturday afternoons off and a company holiday at the seaside for one week a year, when the entire mill or factory went by train to a resort like Blackpool or Skegness.

This system became more and more complex, but it was familiar in Great Britain and other industrialized countries until the 1970s, when companies started to move the factory component of their operations to cheaper locations. Workers still came to the office, though, because they had to communicate with each other and use the machines that ran the company’s operations—everything from the mainframe running the accounting system to the mailroom in which checks and invoices were received and processed.

By the 1990s, it was becoming possible—although not necessarily easy—for organizations to distribute the office to multiple locations. Because of this, companies moved many call centers, IT-support organizations and typing pools offshore. And that’s the point at which we’ve been stuck for the past 20 years. Technology has made a new way of working ever easier, but few companies have taken the plunge. It seems that business culture was more resistant than the benefits were obvious.

Admittedly, some businesses—primarily, software companies—took the plunge and became completely virtual. Many of these organizations had a culture of looking to the future and seeking the best talent in the world. These visionary companies had a competitive advantage in their ability to hire the best staff, irrespective of their physical location. So, having programmers in London, England, or Vientiane, Laos, or Beijing, China, became a thing. All they had to have was a decent internet connection.

Admittedly, most businesses didn’t even consider this route—and, for many, it wouldn’t have worked anyway. Software engineers are easy to measure: either they complete the project or they don’t. By contrast, for most businesses, having the ability to interact with others and build something together is at least as important. So, most companies allowed only senior employees or those who had proven themselves extremely dedicated to work from home. Many companies simply didn’t believe that their workers actually did any work while at home. Interestingly, the evidence actually points in the opposite direction….

Today, the novel coronavirus (COVID-19) is forcing companies to reevaluate their strategy. It’s an unfortunate reality that those companies that cannot adapt might well not survive. It’s also distressing that something as devastating as the current pandemic has to be the catalyst for change. But it’s of a piece with the human condition that change comes from traumatic events, rather than from the status quo.

Over the last 20 years, a series of events occurred that some thought might accelerate the work-from-home movement and/or remote work in general; it didn’t really happen, though. Why not? Put simply, the technology wasn’t ready, and the moment passed before long-term plans could be made. For example, September 11th was appalling, but it also had a relatively short duration. And, back in 2001, IP telephony, videoconferencing, and resources like Google Docs, Office 365, Microsoft Teams, Salesforce.com and others mostly didn’t exist—at best, they were rare and expensive, and they lacked scalability.

Today, all that has changed. Good-quality internet connectivity is close to ubiquitous in the developed world. Cloud services enable anywhere/anytime management—whether on a PC or on a smartphone—of all the applications people would typically have to be in an office to run.

So, if the technology is now ready, and if the culture has changed, what does this new world order actually look like? Again, let’s look to the past for some clues….

When I was a child some 40 years ago, I would turn up to school, the teacher would tell us to turn to page 27 of the textbook, and he or she would start to go through the questions. Typically, that same teacher would then sit and read the paper, while ensuring none of us spoke.

Today, the flipped classroom has changed that notion completely. It moves activities, including those that might have traditionally been considered homework, online. Lectures, assignments and discussions can happen in a virtual setting, with more class time free to spend on higher-order thinking skills, such as problem-finding, collaboration, design and problem-solving.

Some experts believe that, pre-vaccine, workplaces will limit the number of people in a given area to continue to encourage social distancing. That could affect everything from meeting rooms to desk space, and it could encourage a segment of the workforce to continue to work from home. The likely disjointedness of returning to the office will have the effect of making this a giant experiment.

In such a model, both the office and workers’ time in it change radically. Gone would be the requirement to arrive at the office by 9am and stay until 5pm. If a meeting starts at 11am, then workers work from home until they have to leave to make that meeting. Not having to commute at rush hour would make workers’ travel time shorter and less stressful. If the meeting finished at 2pm, then people would leave the office and go back home to continue their work. And, if an employee did have to communicate again with colleagues or customers, he or she would have the capacity to do that from the home office.

Outside-of-home offices will also change shape; instead of open-floorplan designs for lots of people, they will transform into social spaces and smaller meeting rooms. The office will become a place to discuss the work, not do the work.

As I write this, nothing seems particularly extraordinary about my ideas. They seem, at least to me, rather obvious and sensible. It’s just a shame that something as appalling as the present pandemic is what will catalyze the change. But, if history can teach us anything, it’s that change comes when we have no other choice.