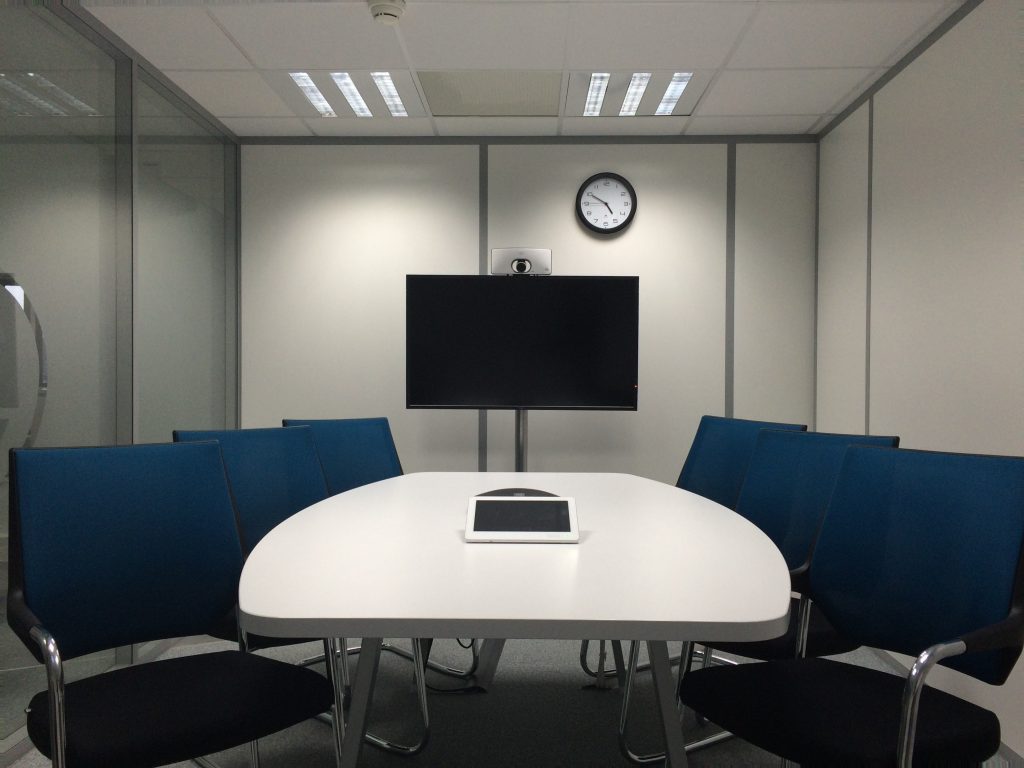 Here’s a question for you: When was the last time you dialed in to a conference call? And I don’t mean anything hosted on the internet, either. I mean a plain, old-fashioned, cord-in-the-wall phone conference. If you’re an up-to-date industry professional, your answer is probably “not lately.” After all, legacy conference calls are cumbersome, slow to set up and, above all, highly unsecured. But, surprisingly, that’s not how consumers at large perceive them. Ask your average office employee that question and you’ll likely hear that they had a conference call just the other day. That’s not the shift we expected, of course. What we in communications had hoped to see by now was a total conversion to IP-based alternatives, including, of course, the all-important tool of videoconferencing. And why not?

At their best, video calls are a highly effective way to collaborate across offices. The visual component helps offer unmatched impact; it makes the meeting feel face-to-face, and it gives attendees a far more meaningful human connection than voice alone would offer. At least, that’s the professionals’ take. By contrast, to a significant number of consumers, videoconferencing remains a communications novelty—not an innovation. When freemium software is installed on employee computers, it typically sits untouched on their taskbar. If a company sprang for full-on video-call hardware, that equipment often lies neglected in meeting rooms, as though it were last year’s fad Christmas toy.

What happened? Wasn’t videoconferencing supposed to be “the next big thing” in communications tech?

The thing is, it still has room to be. If we look at the present situation with videoconferencing, it’s obvious that nothing inherent in the concept is holding it back. Rather, the problem is that many enterprises today characterize video as a difficult platform: difficult to use, difficult to manage and difficult to understand the purpose of, given that audio conferencing is already an ingrained system. And because many organizations perceive that all video is locked into a rigid, unusable framework, they ignore the option and cling to their old teleconferencing units.

When it comes to communications technology, simplicity tends to trump benefit. It doesn’t matter how many man-hours a company is supposed to save by using some newly installed piece of tech; consumers aren’t likely to actually use that solution if it comes with a steep learning curve.

As far as collaboration is concerned, that means users will generally flock to the conferencing tool they consider the easiest to understand. Questions involving greater advantages, return on investment (ROI) or security don’t even occur to them. They just want to get their conference running as soon as possible. And, if that means using outdated technology, rather than an unintuitive new device, then fine, so be it.

So maybe it isn’t all that surprising that video calls remain underutilized. To be blunt (but honest), unintuitive design abounds in today’s videoconferencing networks. Tangled messes of wires clog up meeting rooms. Forced update installations delay start times. Awkward configuration controls make it a hassle to join conference rooms. And that’s to say nothing of crashes or poorly configured connections that drop calls.

In the users’ minds, the whole process is more trouble than it’s worth. “Who cares if our teleconference system is old?” they think. “At least we know we can get it working!”

The question of how to update videoconferencing is a matter of both perception and design. Features like appealing layouts and reliable operation are important, of course. However, the main hurdle this technology still has to overcome is the issue of familiarity. It’s not enough for video calls to be easy to use; what’s more important is that the end user perceives them as being easy to use.

So, the real answer lies in reframing users’ expectations regarding videoconferencing, particularly when it’s structured as a single-purpose program. When these systems are standalone platforms, they end up gathering dust on the sidelines. To increase adoption, then, they must be re-introduced to consumers through the larger unified communications (UC) category.

As an integrated solution, videoconferencing can cease to be something that intimidates end users; instead, it can become an element of the communications interface they see every day. Learning to use it just means learning to use one more piece of an alreadyfamiliar platform.

Imagine if initiating a videoconference were as simple as directly dialing another user using voice-over-IP (VoIP), or as straightforward as sending an instant message. Imagine if features like chat and file sharing weren’t only integrated into the videoconferencing space but were also ready to use during the conferencing session, exactly the way users implement them regularly. Empowered with more understandable functionality, offices would eagerly integrate video into their everyday collaboration on their own.

Practically speaking, a system like that could most easily be created through a combination of WebRTC and an in-browser interface. This approach would streamline videoconferencing in two main areas: First, it would allow users to join a conference from any device  opening up collaboration to mobile platforms. Second, it would eliminate the need for lengthy downloads and update installations. What’s more, WebRTC could allow meeting organizers to operate meeting-room equipment just by logging into their browser.

No matter the space, the fix for videoconferencing isn’t solely about making things simple. It’s also about design that encourages familiarity—a platform that encourages straightforward use, instead of requiring extensive training. At the end of the day, only UC can provide that fix.

It’s worth reiterating, of course, that videoconferencing is still a very meaningful addition to office technology. Because video establishes significantly better communications quality, meetings become more productive. Consider how the average meeting that uses video collaboration lasts only about 15 to 20 minutes—notably shorter than the 30 or 60 minutes that audio-only conferences usually take. The experience only improves further once you integrate tools like chat, call recording and screen sharing.

Really, optimization is the name of the game here. As business reorients itself toward a focus on mobile meeting capabilities—and as employees’ schedules become more flexible—these factors become all the more crucial for collaboration. Looking to the future of work, it’s more important than ever to develop, build and maintain quality relationships internally and externally. And integrated videoconferencing can facilitate the communications that are pivotal to those relationships in a way that’s faster, easier and even more meaningful.

If video is just as clunky to implement as the old conference-call system, however, it’s no solution at all. To the end user, “unintuitive but familiar” is always going to win out over “unintuitive and unknown.” The only way to tip the scales is to make the new system’s benefits come alongside a streamlined design that encourages familiarity. Wrapped into a complete UC package, videoconferencing can establish itself as a known quantity by shaking off the complexity inherent in standalone interfaces. With this paradigm shift, videoconferencing will no longer be the hunk of hardware languishing in the boardroom or that forgotten application on employees’ laptops; instead, it will be an ever-present, ever-available option for active collaboration.

So, to get users to utilize video, the platform must first shed that air of novelty still lingering over it. It has to offer not only immediate, game-changing simplicity but also complementary features that excite and compel users from an application standpoint.

Once a design like that becomes the standard, you can count on video being used as a regular part of every call, both in office environments as well as beyond the workplace setting.