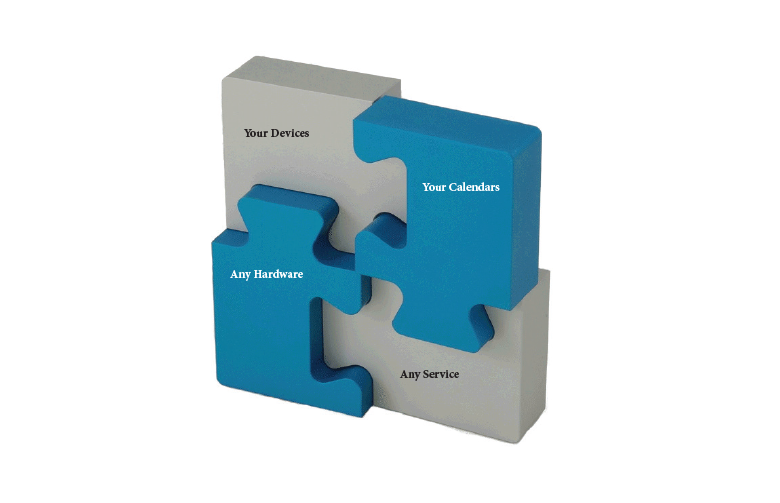 Editor’s Note: This article solely contains the author’s own opinions.

With apologies to, and respect for, The Beatles’ “Come Together”…

Twenty years ago, 10 years ago—heck, even five years ago—manufacturers and service providers in the collaboration space generally approached the marketplace in the same way: Introduce a product or service, get people to try it, use that experience to introduce their suite and work at growing their market share by adding users into their walled gardens. “Do you like my endpoint? Then try my bridge, try my companion app, try my cloud services or managed services, etc.” Everything was all about taking customers from competitors and slowly growing your base of users. Yes, there were occasional flashes of interoperability between types of systems, but, if we’re being honest, interoperability only existed as a marketing hammer: It was pulled out by manufacturers and service providers only when they felt it gave them a competitive advantage—not ever because it was the right thing to do.

In the recent past, however, this approach has fundamentally changed. Instead of striving to be an organization’s sole supplier of collaboration solutions, many of the largest firms in the space have tacitly acknowledged that their market position is stronger when they embrace other industry suppliers’ products and services.

He got muddy water…

Sometimes, the process involves embracing a competitor. Jonathan Rosenberg, the CTO of the collaboration group at Cisco, last year authored a blog titled, “Cisco Collaboration: We Can’t Imagine a World without Microsoft.” What would have been an unheard-of acknowledgment of a competitor just a few years ago was a clear endorsement and statement of the fact that hybrid ecosystems are here to stay—with Cisco openly acknowledging that fact. Instead of leading its message with areas where the two firms compete, Cisco chose to embrace how complementary their technologies are when they come together.

Collaboration ecosystems with both Cisco and Microsoft are as clear an example as you’ll get of the current trend toward mixed-vendor environments, but they are not the only example. Sometimes, this trend involves firms actually partnering up to approach the market with joint products and services.

In some cases, there is an obvious fit—like when a peripheral manufacturer that doesn’t have an ecosystem partners with firms that offer the ecosystem, completing a solution. One example is Logitech, which built its reputation on always working seamlessly with any mix of hardware, software, operating systems and services, and which brought the same approach to the AV industry by making camera and videoconferencing systems for every platform. It shows off its strategic go-to-market partnerships with Google, Microsoft, Zoom and many others in all its new hardware and software releases.

Another example is Dolby with Blue-Jeans. In that case, a hardware manufacturer and an ecosystem provider partnered to create a unique experience, focusing on the often-overlooked audio in videoconference rooms. The combination brings together a powerful, reliable and interoperable collaboration ecosystem with a device that supports spatial audio (that is, sounds on the left or right coming out on the left or right at the remote site) and serves as a simplified control UI.

Another example is Intel, which has become very aggressive in the UC space. Two highlights from the company include its work with camera manufacturers Altia Systems (Pana-Cast) and VDO360.

In other cases, the partnership is more about interoperability. Cloud services, such as Videxio, can allow users to register different brands of endpoints directly to the cloud and interoperate with services from multiple platforms. They go to market with the idea that it’s all “about breaking down barriers between videoconferencing solutions…[enabling solutions that allow working] with other companies to bridge the divides between traditional video endpoints, desktop productivity tools and more.” [Taken from Videxio’s website.] This service would not exist if not for the endpoints of other manufacturers.

The clear leader in the “freemium” space for collaboration is Zoom, which has been very aggressive in marketing its services and very successful in attracting partners to its ecosystem. Among others, it partners with the following:

Sometimes, the coming together is part of the DNA of the product. As an example, take a look at the start-up ZiipRoom. The whole reason its product exists is to simplify the user’s ability to launch calls across multiple platforms. Competing services sit side by side on a third-party call-launch and content-sharing system, allowing users to have a single, familiar, off-the-shelf UI for launching their calls.

And then, sometimes, the partnerships lead to more than just joint ventures or aggregated services. Recently, Plantronics and Polycom came together when Plantronics closed the ~$2 billion purchase of the video-collaboration firm. The new fi rm, in its own words, will “deliver architectural simplicity, business productivity and experienced quality through a combined set of solutions that now includes audio conferencing, headsets, desk phones, videoconferencing, immersive video and more.” Even
though the deal has already closed, they’ve only just scratched the surface of the synergies that exist between the two operations. The combination of the two organizations will surely make for a powerful, intelligent player in the UC space for many years to come.

Come together, right now, over UC…

This significant partnering-up trend has not gone unnoticed by industry integrators and suppliers. Danny Rogers, VP of Global Channels at AVI-SPL (and an IMCCA board member), commented as follows:

“It is now understood that no one manufacturer or global integrator can supply, design, build and support everything in
the AV/UC stack, and, as such, partnering has become accepted as standard practice.

“Ultimately, these partnerships are being driven by some key factors, including the convergence of IT and telecommunications, cloud computing and users’ need for a single source for communications and technology services and support.

“In addition to the manufacturers and service providers, we are now also seeing partnering between telcos, integrators and the VAR communities, which, in the past, would also have seen each other as competitors. All of this is good for the end-user firms, as long as there is a lead name on the paperwork—a single throat to choke when service issues arise.

“It is anticipated that these alliances will become even more entwined as demand from clients for more ‘one-stop-shop’ solution partners increases, and further partnering opens up new business opportunities—especially with the increased option of global managed services, which creates new and recurring revenue streams.”

It’s important to draw the distinction between “best-in-breed” component room systems with their required custom programming—a model that is clearly (and appropriately) dying in the enterprise collaboration space—and using solutions, often “off-the-shelf” ones, that employ technology from multiple providers. Custom installations in enterprise rooms have shown themselves to be neither standard nor scalable and, often, they carry heavy costs in staging and custom programming. A mixed-vendor ecosystem, on the other hand, uses standard components and apps and a standard blended infrastructure or service provider, but relies upon selections of products and/or services that are designed or created with the intention of working together. They do not require a customized program in a control system to keep them in line.

The clear conclusion to draw from all of this is that the days of a single-vendor solution at most organizations are over. Although “hybrid” used to be an industry term that described a mixed cloud and on-premise consumption model, the term now has taken on greater significance, coming also to represent these mixed-vendor environments.

End-user organizations now have to seek out agnostic partners—ones that have skills in assembling these hybrid solutions, with knowledge of which ones are complementary and which ones represent unnecessary and incompatible complexity. It’s more reason than ever for end-user organizations to seek advice from people who have done this before and who have expertise in these multiple systems—knowing where the potholes in the road are and how to help you avoid stepping in them. The expectation is these combinations will only continue to form and grow as the collaboration industry matures.