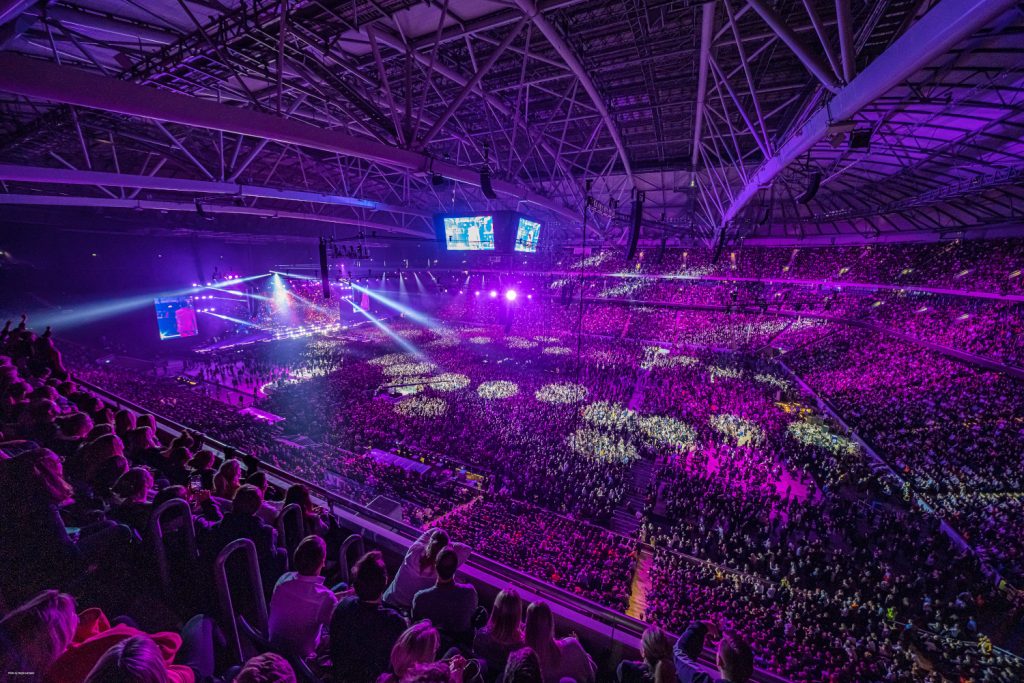 A crowd of more than 58,000 gathered at the Avicii tribute concert at Friends Arena, in Stockholm, Sweden, last December. System optimization and drive was supplied by 16 GALAXY 816 and three GALAXY 816-AES3 processors linked via an AVB network running the Milan protocol.

As for the AVB network and Milan protocol, there wasn’t much to say, according to Audio Systems Tech Anton Söderberg. “It’s been rock solid,” he said. “Everything pops up on the screen and works like it’s supposed to.”