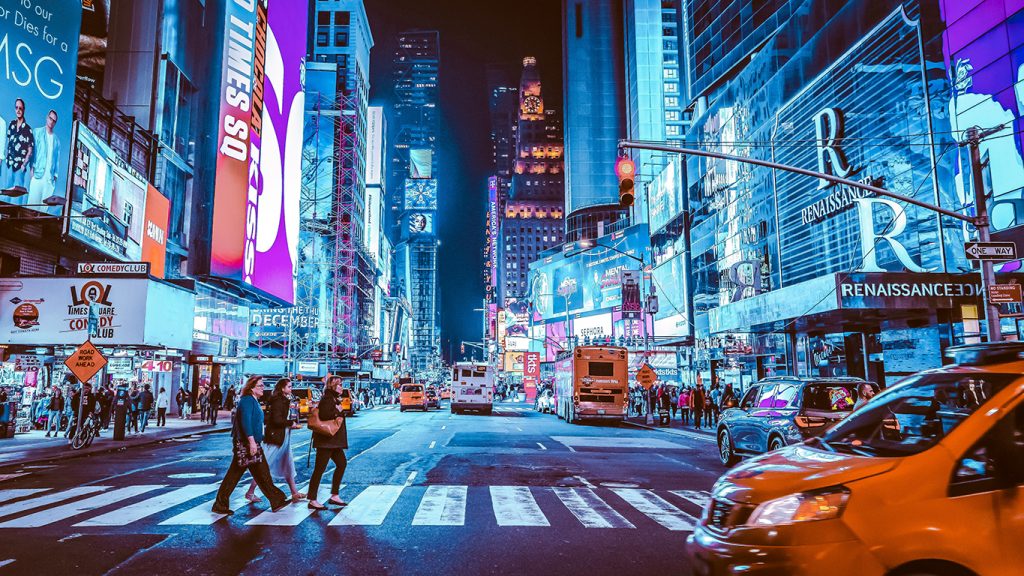 Given the technologies discussed in this month’s issue, this topic is appropriate. It was actually the title of a presentation that I made at this year’s Hollywood Professional Association (HPA) Technology Retreat, in the form of a video. And the number 50 plays an important role in this discussion. I’ll get to that later, though.

Displays Through the Years

For years, displays were often the weak link in the AV chain. They didn’t have enough resolution. Often, they were bulky and difficult to install. Frequently, they were temperamental in their operation. Plus, they were expensive. And, perhaps most importantly, they didn’t have sufficient illuminance (or luminance levels).

Those might as well have been the days of horses and buggies. Today? We have 8K resolution, if you want it. Flatscreen liquid crystal display (LCD) and organic light-emitting diode (OLED) displays can be lifted by one person, and they’re easy to tile. We now have flexible displays that can wrap around surfaces. LCD TVs and monitors are dirt cheap now, selling for 1/20th of early-2000s prices—and they’re twice the size.

Wondering about brightness? Well, how does 3,000 candelas per square meter (cd/m2) from LEDs strike you? On a 120-inch, 16:10 screen, that would be the equivalent of 135,000 lumens from a projector! Even half that brightness would require a 67,500-lumen projector for the same size screen. Although that’s impractical for projection, it’s just another day’s work for LED displays.

A New Level Of Luminance

You get the point. When it comes to displays, brightness isn’t an issue anymore. But anyone who has walked through Times Square or strolled the Las Vegas Strip at night could tell you that. On some city blocks, it almost feels as though it’s daytime with all those photons showering down on us. And, under normal daylight, with light readings ranging from 10,000cd/m2 to 100,000cd/m2, you can still read those signs without much effort.

Even cinemas are experiencing a revolution with respect to screen luminance. Two years ago, I described a trip to Richmond TX to see the second Samsung Onyx LED 4K cinema screen in operation. (The first is in Chatsworth CA.) I thought to bring along a spot meter, and I took measurements of the screen, as well as the chairs, walls and clothing articles of my fellow viewers when high-luminance content was being shown. With white backgrounds onscreen, those readings hit 52 foot-lamberts (fL), or 178cd/m2. At that point, the theater was lit up more brightly than when all the house lights were turned on.

Yes, we’ve finally reached a point in time when displays are bright enough—indeed, in some cases, they can be too bright. OLED TVs—I own one of them—are often derided by LCD TV brands for “not being bright enough,” as they have a maximum small-area brightness level of 700cd/m2. Yet, having taken some measurements with my spot meter, I found that the average luminance levels for TV programs with my 55-inch OLED TV in ISF Day mode ranged from 70cd/m2 to 150cd/m2. And those levels were plenty bright enough to view with indirect daylight illuminating the room, and they were very bright at night.

Even in HDR mode, small-area/peak luminance exceeded 600cd/m2—no complaints there! TV programs with sustained luminance levels exceeding 170cd/m2 (50fL) can seem too bright in a semi-darkened room. With the lights off, those levels are high enough to fully light up the viewing space, and high luminance content is difficult to watch for sustained periods under those conditions.

My proposal in the HPA presentation was to change our way of thinking on two counts: 1) stop worrying about “brightness”; 2) instead, focus on contrast-ratio targets. I’ve taught several classes on display setup over the years, and I’ve adopted some useful contrast-ratio guidelines from other industry experts. Those would be 15:1 for classroom and meeting-room presentations, 50:1 for analytical decision-making, and 80:1 and up for true immersive viewing. Those ratios are calculated by measuring the ratio between screen luminance and room ambient-light levels.

Intriguingly, in my travels and measurements, I’ve found that it’s often difficult to attain a screen/ambient contrast ratio exceeding 50:1, especially with high-luminance content. In my own home theater, a circa-2007 full-HD LCD projector, fully calibrated, puts out a measly 330 lumens onto a 92-inch, 1.0-gain screen. But, at that light level, other objects in the room reflect light and become visible, even with a 51:1 contrast ratio. Even the walls, which are painted a dark, neutral gray (Sherwin-Williams’ “Gray Matters” color), are lighting up. Gain screens (remember those?) could mitigate the light-scattering problem, but the tradeoff is accepting narrower viewing angles.

This situation was observed in the Richmond TX Onyx theater demonstration. With bright screen content measuring peak levels of 170cd/m2, you could easily read a book or newspaper, navigate your way to and from the snack bar, and see the sound-absorbing tile patterns on the wall. White and light-colored shirts absolutely popped out, as did white athletic shoes. You’d have to drape everything—walls, floor, chairs and even patrons—in light-absorbing black stipple velvet to realize a significant improvement in the ambient contrast ratio.

Outdoors on the Strip, or in an airport or at a mall, screens are intentionally super bright to catch your eye. They’re competing with other screens and lighting, and you usually give them a brief glance. In a movie theater, however, you shouldn’t be seeing and watching anything but the theater screen. (There are exceptions, of course: an occasional glance at your snack, drink or meal; a turn to your companion to make a snide comment; a glare as if to say, “Stop looking at your @#$%^ phone!”)

The Science Of Brightness

One of my mentors back in the day—and one of the most knowledgeable experts in display science—was the late Kim Milliken of Da-Lite’s Polacoat division. For many years, Milliken wrote the “Angles of View” articles and tutorials for Da-Lite. Those were in-depth pieces that explained the math and science behind everything visual, including how the human eye perceives light and color.

I still have most of the “Angles of View” collection. In one installment (“By Different Lights—Contrasting Among Brightness Levels,” pp. 17-18), Milliken stated, “In an earlier article [Vol. IV, #11], we observed that 50 was a kind of upper-threshold number for brightness and that, if a screen were, in fact, to exhibit a luminance level of 50 foot-lamberts, it might actually be too bright for all but unusual environments.”

More than two decades later, I reached the same conclusion empirically, as I found out in Richmond. Yes, Virginia, a display can be too bright….