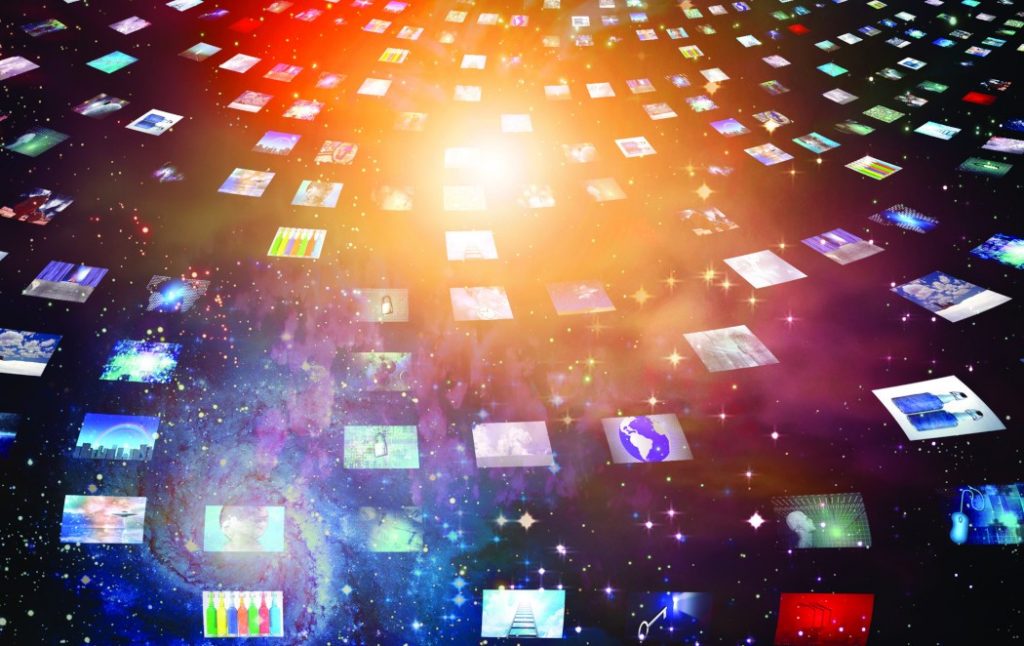 Video display systems are found in houses of worship (HoWs) around the world. In fact, they are the center of attention when you walk into many HoWs. This is Good News for our industry, because HoWs will continue to purchase video projectors and other display systems. However, a growing number of HoWs are using the gear in ways that we have never seen before. This generation is creating environments and content that help people become engaged in the worship experience. For that reason, many HoWs feel the need to replicate those dynamic HoWs. I believe their intentions are good, but their approaches are frequently flawed.

The purpose of this article is to help us better understand what is going on in HoWs that are using media technologies, particularly video display systems, in an effort to enhance the worship experience. With that fuller understanding, you can develop better and more effective ways to help leaders make wise purchasing decisions when considering new technologies.

Historically, in the Christian faith, mega-churches in the 1970s and 1980s were the early adopters of video-production equipment. They used the gear to record the service and then broadcast the service on local television stations and on Christian cable television networks. Eventually, the leaders realized that congregants seated far from the stage struggled to see the performers and speakers onstage. Thus, they added video projectors and video screens that displayed the live images onscreen. Congregants loved this use of video displays. The equipment was very expensive, but the quality was very good for the era.

The service was to be aired on television; thus, the quality had to be fit for broadcast. Therefore, they followed a broadcast standard. That meant they implemented good lighting techniques, quality audio and conservative but respectable shot selections (by today’s standards) to be “legal” when broadcasting. Lyrics were “keyed” or displayed over the lower-third area of the video display using expensive character generators. The churches would also make the audio portion available on cassette tape and the video available via VHS tape.

Today, we have a new world of opportunities and outlets to share worship services live on video displays in the auditorium and live on the internet. Or, we can archive those services and use them on broadcast and cable networks, along with a host of social-media outlets and portable media. Echoing large HoWs in the past, there are large HoWs in the Christian faith that purchase expensive, high-end equipment that enables the operators to produce and display audio and video at the very highest quality levels. Many people in the current generation want technology to be part of their worship experience. For them, the quality of the experience is very important. HoWs such as these recognize that professional gear is made so that the operator can easily use it to create the best experience possible.

For example, professional video cameras have focus and zoom controls that enable the operator to frame and focus shots quickly, smoothly and creatively. In the control room, engineers or video control operators can adjust the white level, black level and color level of each camera so that they match. In addition, the images that are captured are displayed using projection systems or direct-view LEDs that attract the attention of the audience.

Although mega-churches might be able to purchase video cameras that cost $25,000 to $50,000 each, many HoWs are purchasing consumer-grade, high-definition cameras that cost $250 to $2,500. However, the latter products are not really made for this type of application. The challenge emerges when trying to construct a functioning video-production system. How many HDMI-to-SDI, or SDI-to-HDMI, among other types of converters and extenders, have you purchased to make consumer-grade gear work as a system? Most of those types of cameras are small; thus, they can be cumbersome to use. Have you ever tried to zoom or focus with a consumer camera? You are superhuman if you can do it while live onscreen and make it look good.

Yes, there are external focus and zoom controls available for many of these low-cost cameras. However, creating zooms, focus and pans using these small controls and low-cost tripods cannot compare to the quality of production created on larger professional cameras and their associated accessories. Also, when a small, consumer-grade— or even prosumer-grade—camera is zoomed in 75 feet away from the stage, the operator will struggle to follow a close-up shot. Thus, on the video screens (displays), we often see shaky and out-of-focus shots. Plus, the black, white and chroma levels on these small cameras cannot be easily adjusted (if they can be adjusted at all), which means colors between cameras often do not look the same on the screens.

In short, the low-cost gear is being used in ways it was not intended to be used. I have seen a few HoWs create compelling live content with low-cost gear; however, those HoWs understand the limitations of their gear, and they work within those limits. When used within that context, I am thrilled that there is affordable gear that any HoW can purchase so as to enhance its worship experience. The key is to use the gear effectively so that the content, when displayed, impacts the audience positively.

Lighting is also a significant area that affects live images that are displayed on screens. Media pastors often tell me that the lighting is created for the audience attending the worship service. Not enough thought is being put into how the video looks on the screens or on the livestream. In these HoWs, we typically see lighting that is dark, rather than bright. What is television without light? Radio! When you see darkly lit people on the video displays and the livestream, it does not draw in a viewer.

On the other side of the spectrum, I am often told, “We are going for an ‘American Idol’ look.” To create it, they use moving lights, colored lights and strobes, among many other lights, to create a dynamic, highly produced look. That is fine, but, often, you cannot see the faces of the people performing or speaking. “American Idol” uses white light as the base color to illuminate the face, and then layers of color built on top of the white light so that the audience at home can enjoy the show without having to strain to see the performer.

So, our question is this: What’s going on? In short…a lot. In fact, much more than I can write about in this column. I am still seeking to understand how these trends are affecting the worship experience overall. I am glad there is affordable equipment available today for HoWs to purchase.

The low-cost gear is fine for producing short promotional videos and for storytelling. But we all know that, during live multi-camera events, professional gear will serve HoWs better by making better images on the video displays.

We can help these great leaders understand the difference in quality. That is what I believe. Please tell me what you believe.