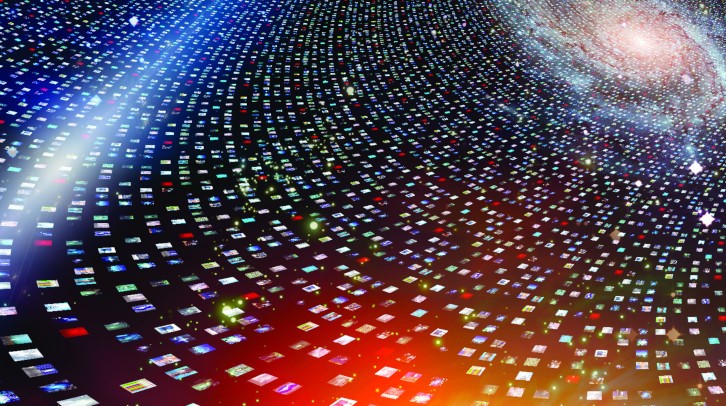 I work all over the world, and I see large video displays being used everywhere I go. I’m sure that all of us have seen displays in places such as airports, auditoriums, bars, city centers, classrooms, roadsides, shopping malls, sports complexes and houses of worship (HoWs). If we include smaller displays of all kinds, then we could say they are in use nearly everywhere.

At the most basic level, the primary use of display systems such as these is to provide information and entertainment in an interesting visual format. We could simply accept that concept and use that statement as our rationale when making a sales pitch to worship leaders. However, in the worship context, I believe there are particulars associated with HoWs and their use of communication technologies, and we should understand them. By doing so, we can serve HoW leaders and grow our business.

Let’s look back to the late 1970s and early 1980s and the rise of megachurches. Many of those mega-churches would seat 5,000 to 10,000 people. Leaders understood that sound systems and stage lighting were absolutely required for those large spaces. There was glee among leaders when they realized that large congregations worshipping together create inspirational synergy. However, they also realized that, during the teachings and preaching—in the quieter moments—the synergy could be lost in the larger spaces. Congregants sitting far from the stage area heard what was being said, but they could not visually connect with the person speaking. That disconnect makes sense, because we know that humans receive about 93 percent of our communication through non-verbal body language. In large worship spaces, body language— particularly facial expressions—was nearly lost.

To provide this important non-verbal information to congregants, a few of the megachurch leaders adopted television-production equipment and video-projection systems. The cameras captured close-up face and body images, which then were projected onto the video screens. Congregants loved this solution! Of course, video projectors were not as bright as they are today. I remember watching my mentors stack three projectors on each side of the stage, then aligning them to create a bright image. In that era, equipment costs were very expensive. Thus, large congregations were the only groups that could afford the gear.

Around that time, cable television began to emerge, and it provided opportunities for mega-churches to create content that could be broadcast on over-the-air stations and cable channels, or via satellite technology. The standards for broadcast were rigorous, and to broadcast a program meant that your recording had to fit within what was called a “broadcast standard.” That meant the production techniques (high-quality lighting, sound and production) and the video levels (chroma, black level, white level, sync) had to be within specific, rigid ranges. Those standards guided most churches’ inside-thevenue productions, so the TV shows would be high quality.

The use of video gear in HoWs increased during the 1980s and 1990s, but the big surge began in the early 2000s. That is when there was gear priced within mid-sized churches’ reach. Those churches, however, did not seem to understand how to use the gear effectively to create quality onscreen content. In fact, at times, the jiggly cameras distracted the congregants. Nevertheless, the gear was being used, and it was altering the worship experience—but no one could explain how things were changing. This led me to ask, “What is going on in high-tech worship?”

In the 1990s, as part of my master’s and doctoral studies, I conducted research regarding the use of what, at that time, we called “new media technologies” in the church. Many credible scholars and I were interested to know how the use of new media technologies was affecting the way we worship. I found that most of the HoWs using the new technologies were doing so without a plan. The operators were usually wonderful volunteers, who gave their time to serve their church. The leadership really was unaware of any unintended consequences (good or bad) related to how the gear was used. They didn’t have a playbook to follow.

In their defense, at that time, there was very little research available that specifically addressed the use of communication technologies in HoWs. Indeed, the available research in that era was centered on the “jumbotron” in large venues and smaller projection systems in military installations and classrooms. The research indicated that the large displays, when used for teaching and learning, helped the learner to grasp the ideas quickly, as compared to the use of words. Other research indicated that large video displays with “stimulating content” tended to “grab the attention” of an audience, which, in turn, increased content retention.

I found that the research applied to church settings, but we also had to understand how the technologies were being used. I observed that the churches primarily used bright white lighting. This served to create close-up facial images on the video screens. That kept the non-verbal communication intact. Also, the song lyrics were usually “keyed” in the lower-third area of the screen, so that congregants could look up and see the lyrics and other congregants worshipping. Looking up created a shared experience and, thus, a sense of community.

Having the lyrics onscreen was also important, because many churches were singing modern songs that were not found in hymnbooks. The unintended (but positive) consequence was that congregants who did not speak English as a first language could follow the words and, eventually, they could sing along with the congregation. The minister would use simple PowerPoint presentations to share sermon notes.

Fast-forwarding to 2018, we see that so much has changed. High-definition video-production equipment is now affordable for almost any church. Today, many churches look like a blend between a nightclub, a high-end concert and a theme-park attraction. I believe that the new uses of communication technology are once again altering the worship experience; however, I don’t believe we understand how the worship experience is being impacted today. Thus, I believe it is time for me again to ask, “What is going on?”

In Part Two, we will look at the ways this new gear is being used, so we can better serve church leaders, and so we can create stronger revenue streams.