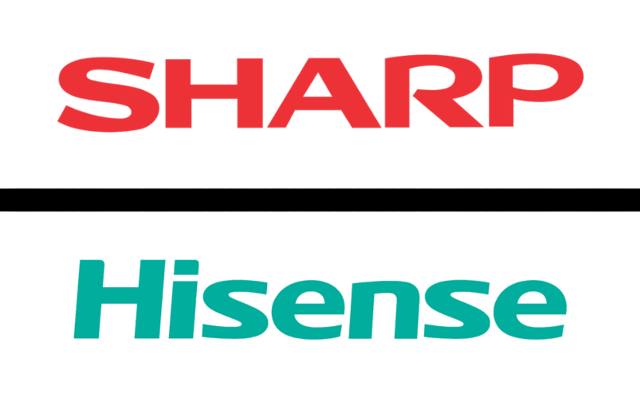 Sharp has dropped a US federal lawsuit filed in 2017 against Hisense, primarily for patent infringement, which had been meant to block Hisense from selling TV sets in North America under Sharp’s brand, Nikkei reported. The same year, Sharp also sought to have Hisense investigated by the U.S. International Trade Commission.

In 2015, amid financial difficulties, Sharp licensed Hisense to sell LCD TVs under the Sharp and Aquos trademarks in North America for five years, starting from 2016.

In the summer of 2016, when Sharp was acquired by Hon Hai Precision Industry (Foxconn), a Taiwanese electronics manufacturer, Sharp sought to buy back its brands and once again to sell televisions under its own brand in the North American TV market, but Hisense wouldn’t agree to sell.

Recent financial results have shown Sharp is currently in recovery, and it plans to re-enter the US market with a high-end TV brand, as reported by Reuters. For now, though, the Sharp brand in the US is still licensed to Hisense until 2021.