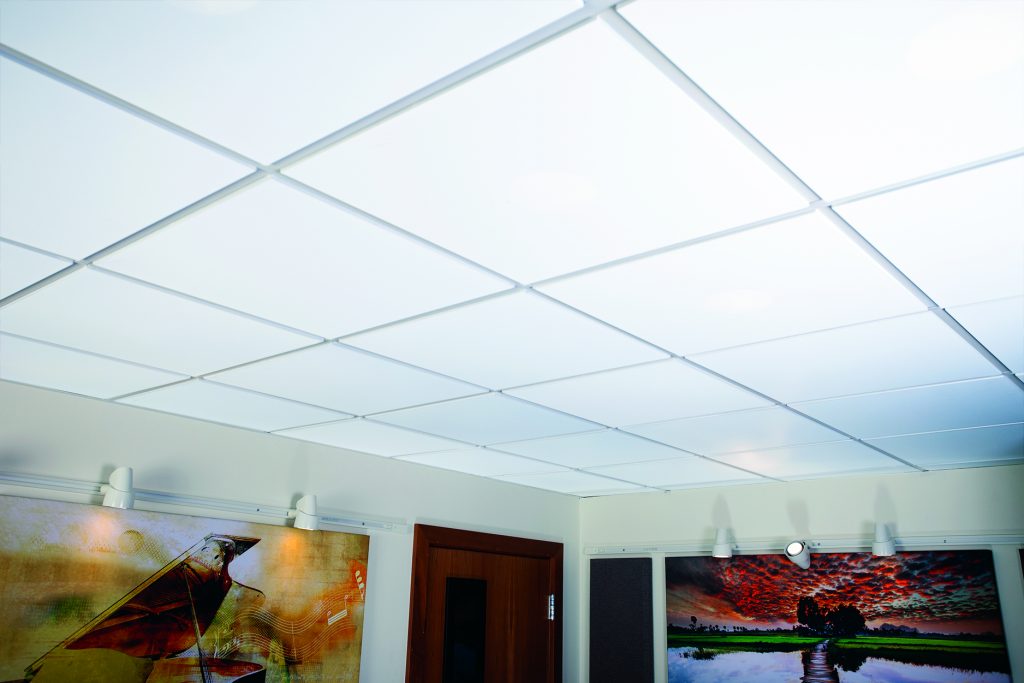 Hospitals have become modern marvels of medical science, mechanical engineering and computerization. They’ve achieved this to such a degree that many patients today complain only about the quality of the food or the “institutional” beige wallpaper. As hospitals and medical centers roll out the latest in groundbreaking science, so, too, do they make continuous improvements below the surface; examples include streamlining patient admittance and electronic-records security. One area of continued focus is overall patient well-being—in short, how to improve the health of anyone inside a hospital, apart from the obvious medical interventions that bring patients there in the first place.

The health of patients—and staff—hinges on issues as diverse as building layout (ease of access between areas), surface colors (yes, beige rules, except in children’s wards) and even parking. One focus area that is rarely mentioned in surveys and audits of hospital and healthcare effectiveness is sound. In particular, I refer to the acoustic environments in which patients, visitors and caregivers are enveloped.

Over the last few decades, awareness of noise pollution has grown among leaders and decision-makers in many industry sectors; indeed, even the public media has taken note. Ever-present and increasingly loud, noise threatens people in many environments, including at home, in offices, and in industrial manufacturing and medical centers alike.

According to many scientific studies (see “Suggested References”), widespread noise pollution has been proven to add stressors and increase agitation in children and adults, which, in turn, can lead to worsened health. It should come as no surprise, then, that hospitals are considering ways to improve sound perception in all interior spaces—especially those in which patients are recovering from recent treatments. To be clear, in such cases, we are referring to improving sound and increasing intelligibility within rooms, rather than “soundproofing” or reducing sound transmission between rooms and outside spaces. Soundproofing is best done at the structural level when buildings are designed. To add mass and isolation—the usual soundproofing tools—becomes expensive and disruptive when attempting to improve existing structures.

One tried-and-true method to improve sound issues within rooms is to reduce echo and reverberation, otherwise known as the over-abundance of sound reflections, perceived as noise and chaotic sound. Echo and reverb are most often reduced by adding sound absorption to flat, hard surface areas in a room or space.

Sound absorbers can be used in nearly every type of room-improvement situation, from recording studios and performance theaters, to industrial machine shops, to hospitals or laboratory cleanrooms. Moreover, absorption is generally well known and mostly quantifiable. (Sound-absorber products are tested under the ASTM C423 standard.) Most commonly manufactured from fiberglass, as well as other fibrous materials, such as recycled cotton, mineral and wood fibers, sound absorbers are highly effective and relatively economical. The last factor is key for hospital budgets.

Although useful, fiber-based absorbers do sometimes have particulate fallout, which can be problematic in food-preparation areas, cleanroom environments, and hospital treatment areas like operating rooms, recovery centers and pharmacies. Fiber-based absorbers also suffer from frequency selectivity, which means that the range of reflected sounds—from low pitch to high—is not absorbed evenly. Whereas higher speech frequencies are the easiest to absorb (due to shorter sound wavelengths), problematic mid frequencies and low frequencies are more difficult to absorb. Rooms with thin absorber panels will commonly have dull, booming speech. Generally, the thicker a fiber-based absorber panel is, the better are its abilities to absorb lower frequencies, which results in smoother overall sound in the room.

To account for such effects, manufacturers have started to roll out a new class of absorber panel products, known as microperf (or microperforated) panels, which are nearly perfect for hospital usage. Unlike fiber-based solutions, microperf panels don’t have particulate fallout or as serious frequency selectivity. And, because the panels are typically wood or aluminum, which don’t give the appearance of traditional acoustical absorbers, microperf solutions are increasingly showing up in architectural designs.

Microperf wood panels are commonly used in auditoriums, building lobbies and corporate meeting rooms, where they act as “stealth” acoustical absorbers that help to control echo and reverberation. Microperf aluminum solutions are excellent for cleanroom and medical-area use; they absorb a wide range of frequencies, and they can be steam-cleaned whenever needed—something that cannot be done with fiber- or wood-based panels. Microperf aluminum panels are most often used in drop-ceiling grids, where they can replace existing gypsum ceiling tiles easily.

Having awareness of the unique noise and sound problems found in hospitals is a good first step in achieving “quiet wellness”; second is to have knowledge of the applicable sound-absorber products. Quieter hospitals are healthier hospitals.

“Reducing Noise Pollution in the Hospital Setting by Establishing a Department of Sound: A Survey of Recent Research on the Effects of Noise and Music in Health Care,” by Izumi Nomura Cabrera, BM, MA, and Mathew H.M. Lee, MD, MPH, FACP.