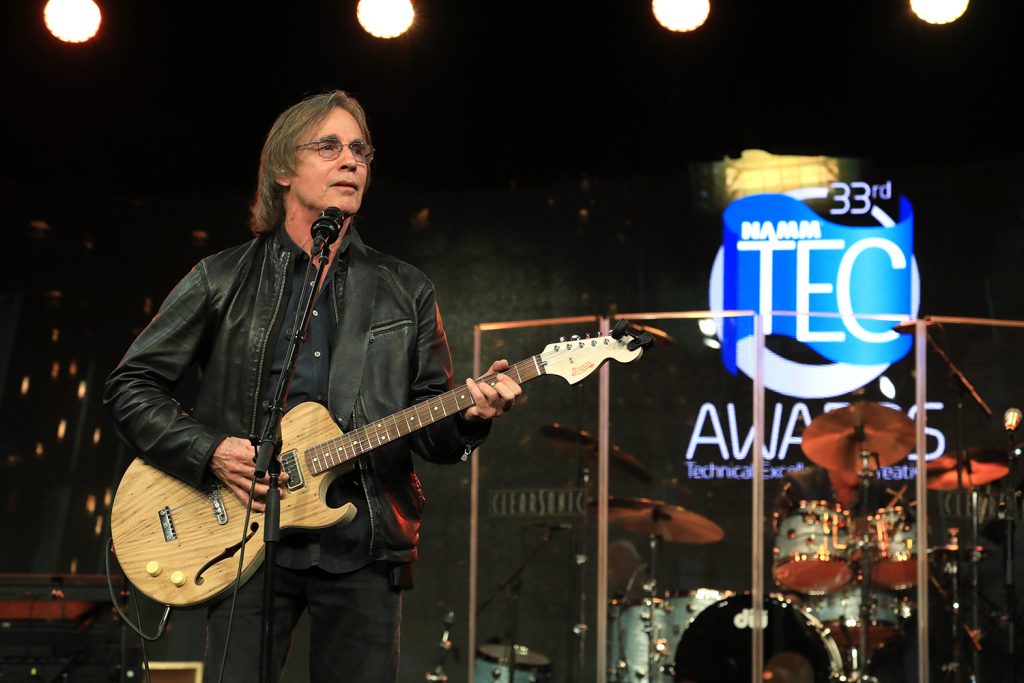 This year’s TEC Awards on January 27 2018, at The NAMM Show in Anaheim CA, recognized the technology behind our favorite media, from music, to films, to video games, and everything in between. The role of MC was taken by comedian Demetri Martin, who had the crowd laughing throughout the show with his signature flavor of self-deprecating humor.

After all the other award winners had left the stage, it was time for the main attraction: the Les Paul Innovation Award. Jackson Browne was awarded the honor, and legendary session musicians, The Section, who played on countless hits in the ’70s with singer-songwriters, including Browne, Carly Simon and James Taylor, were entered into TEC’s Hall of Fame. The group then wrapped up the show with “Rock Me on the Water” and “Running on Empty,” which you can check out, below.

“Rock Me on the Water”