The Midwich Group, a specialist AV distributor to the trade market with operations across the UK and Ireland, continental Europe and Asia-Pacific, has announced that it has acquired 100 percent of the share capital of Starin Marketing, Inc. (Chesterton IN), a specialist value-added distributor of AV products. Starin was founded in 1988, and it generated revenues of more than $200 million in the last financial year. It is currently led by the senior management team of Bill Mullin as CEO, Bill Pak as COO and Bobby Swartz as President. All of them will remain with the business and continue to drive Starin’s growth strategy. With Midwich’s backing, the business will look further to strengthen the specialist support it provides its customers and vendor partners.

Stephen Fenby, Managing Director of the Midwich Group, commented, “We are delighted that the Starin team has chosen to join the Midwich Group, and we are very excited at the prospect of working with them on Midwich’s first investment in the world’s largest AV market. The partnership will allow us to broaden our support to international customers, and [it will] further strengthen our relationship with current and new Group vendors. This acquisition also adds to the Group’s unified communications (UC) capabilities, providing additional expertise in a strategically important market.”

Mullin commented, “Midwich has a very similar culture and focus on AV communications, while, at the same time, it’s keenly interested in having us go to the next level in our strategic initiatives and alliances. It was the best fit from many options we considered for advancing. Midwich’s existing global infrastructure gives us a platform for continued coverage and growth, in addition to providing resources for elevated structural, operational and financial capabilities. The potential shared chemistry between the Midwich companies is powerful. Best of all, our partners will benefit in significant ways.” 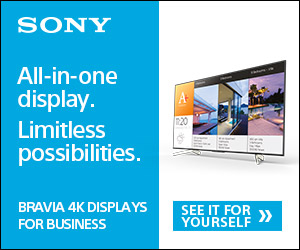