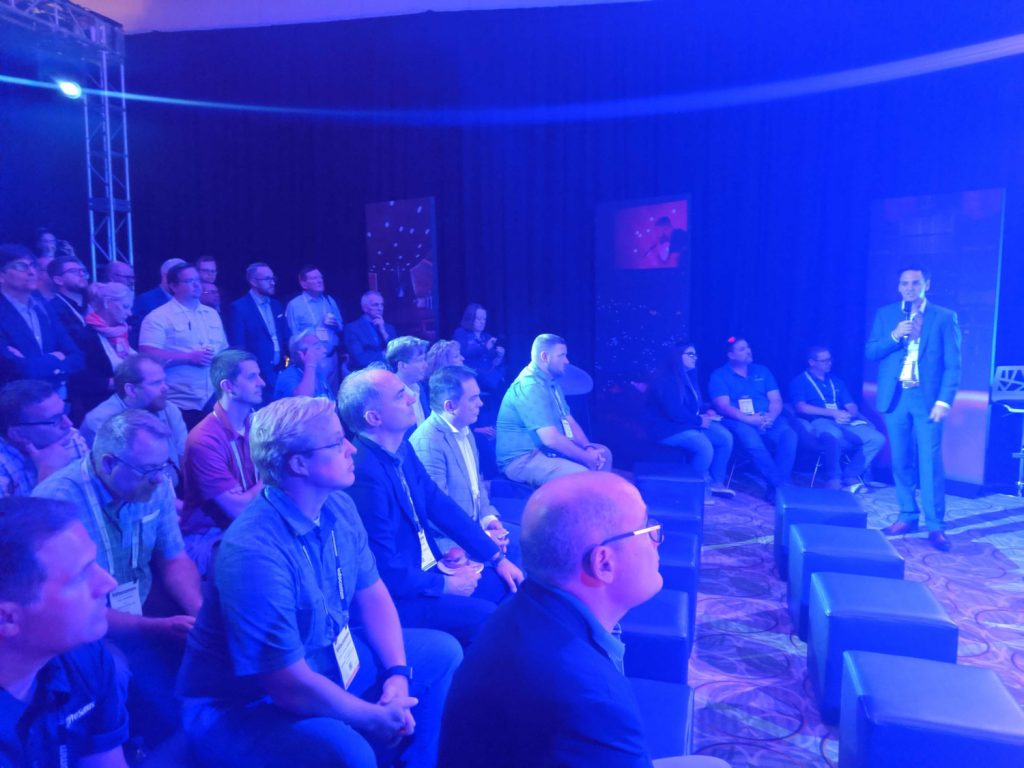 Announced at last year’s InfoComm, the Milan workgroup within Avnu Alliance convened again this year to give the pro-audio industry an update following its launch. Created by leading manufacturers in commercial AV, Milan is a standards-based, user-driven, deterministic network protocol for professional media. It assures that devices will work together at new levels of convenience, reliability and functionality.

Milan combines the technical benefits of the AVB IEEE standard with commercial AV market-defined device requirements at both the network and the application layer for media streams, formats, clocking and redundancy.

The Milan protocol was announced to an optimistic audience at InfoComm 2018, and the workgroup has been hard at work since the initial launch to build momentum and onboard new members, as well as create a Milan certification testing suite and open-source controller tools. This year, the Milan group hosted news events, demonstrations and networking at InfoComm 2019 to show attendees the breadth of work behind the scenes, as well as the progress being made to drive forward the long-term open standard, Milan.

Other members are in certification testing now, and the group is anticipating a host of new certified products throughout this year.

Group momentum was also highlighted at the show. This year, membership in the Milan workgroup and Avnu Alliance has grown as manufacturers—namely, Adamson Systems Engineering and RCF—show increased interest in the protocol. As Avnu members supporting the Milan workgroup, manufacturers are given more than just access to product certification; they’re also given an opportunity to network with leading commercial AV manufacturers to help shape the future of Milan. And, they get a place to have their feedback be heard. Members are also provided access to specifications and certification, as well as open-source tools to help expedite product certification.

The Milan workgroup remains focused on helping more members to complete certification, as well as educating and recruiting manufacturers to join the effort. Look for Milan at upcoming industry events such as AES 2019 (October 16 to 19 in New York NY); connect with founders and ask questions on the public Milan Forum (www.milanavcommunity.proboards. com); and follow the group’s announcements via the website at www.avnu.org and www.avnu.org/milan. You can also monitor Avnu Alliance’s LinkedIn (www.linkedin.com/company/avnualliance) and Twitter (www.twitter.com/avnu_alliance) pages.

Find out more about what the Milan workgroup is working on by viewing the video the group released at InfoComm: www.sndcom.us/milaninfocomm19.