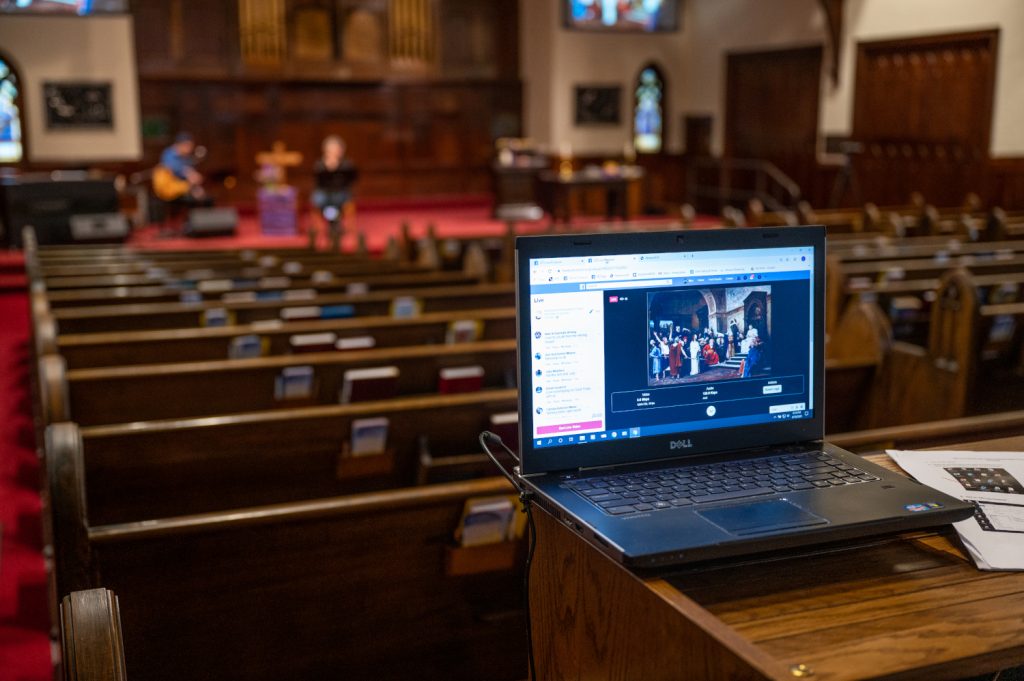 ‘Houston…our livestream is a mess.’

On March 22, at around 1pm, my telephone rang. The caller was a pastor I know in Florida. His first words were, “Houston…our livestream is a mess.” The pastor indicated that something was wrong with the equipment, and it was causing the livestream to look and sound bad. He asked me to look at the archived service that had been presented on Facebook Live, and then he asked, “How soon can you get here to fix the equipment?” I told him I would look at the presentation and I gave him a date when we could meet. He agreed.

Over the next few days, I spoke with another batch of pastors who had never used social media to share worship with people, but who nonetheless wanted to purchase the necessary gear to establish an online presence. With the growing number of calls and cases that we had emerging, we realized a second pandemic was occurring: a pandemic of bad livestream presentations. I believe that second pandemic was caused by house-of-worship (HoW) leaders around the world who were not prepared to use social media to share their faith in an effective manner.

The pastors had asked me to look at their presentations, which were now archived on their various social-media platforms. When I looked at the archived services, I found that, indeed, “Houston…our livestream is a mess.” Some of the videos looked reasonably OK, but the audio was mixed poorly. I also viewed videos that were plagued with issues such as cameras that had to be white/black balanced. Other content was bad because of poor production and the use of a hodgepodge of cameras that did not match. I also viewed entire worship services that had been captured using a cell phone…in a vertical orientation…placed at the back of the worship space…100 feet from the stage…with no significant lighting on the stage. A mess! But here’s the reality: This content was a mess long before the novel coronavirus (COVID-19) shook the world.

I followed up with these pastors, made numerous site visits and interacted with other clients using Zoom. During those interactions, I discovered factors that, I believe, explain the messy content more accurately than an explanation centered on COVID-19. I believe that we can learn from those discoveries and factors.

I discovered that, before COVID-19, these HoW leaders viewed the livestream option as merely an “add on.” When I spoke with members of their media teams, I found that they had to persuade pastors to release the funds necessary to purchase equipment to create livestreaming capabilities. The leaders did release the funds, but, nevertheless, most of these leaders—even those with large congregations—did not seem to understand the importance of livestreaming. Its value for congregation members, as well as the value it adds to the church, was not well understood. I say this because many worship leaders confided that, before COVID-19, they hadn’t really even bothered to watch their own livestream!

Now that COVID-19’s impact has caused worship spaces to close temporarily, social media became the primary outlet for worship leaders to share their faith and communicate with their congregants. Leaders have begun to understand the value that social media adds to their HoW. When they looked at their own presentations, they discovered that their content and its delivery was a mess. A few pastors told me, “It’s embarrassing.” Now, thankfully, pastors and other worship leaders are ready to think critically about their content and the way they present that content using livestream technologies. As a result, they can create a valuable worship experience.

I am certain HoWs will begin to reopen soon. Many congregants will be ready and eager to worship together in their shared worship spaces. Other congregants, however, will not be ready to meet faceto-face any time soon. Thus, I believe that livestreaming will continue to play a vital role in providing effective worship experiences. I hope that we’ll do all we can to eradicate the pandemic of bad livestreaming of HoW services. I believe the first step to eradicating it is to help worship leaders understand the value that social media and livestreaming add to their HoW, when they are used effectively. That is what I believe. I want to know what you believe.