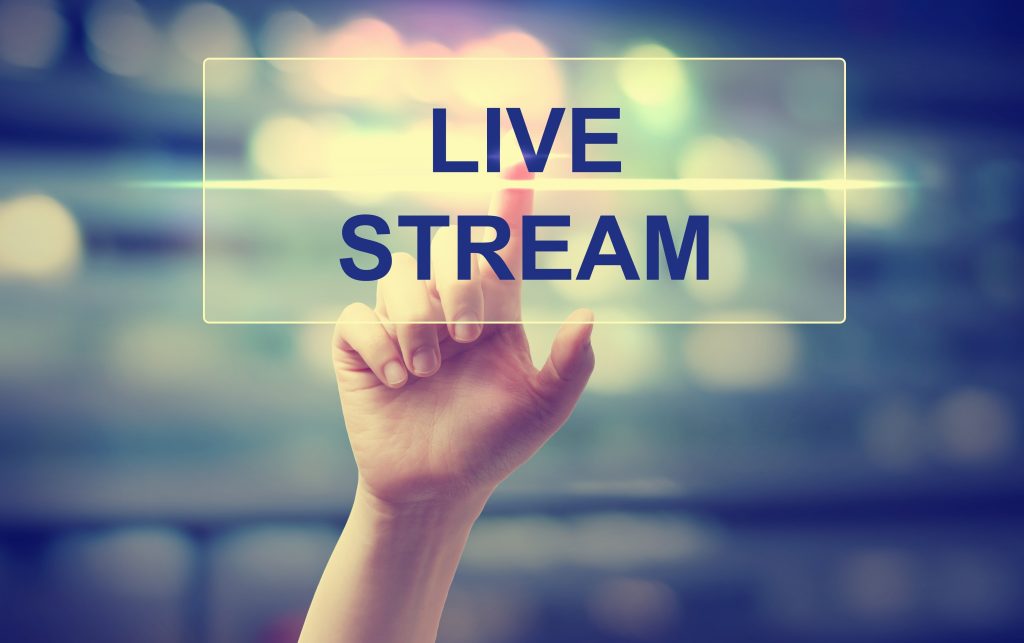 Live streaming is a topic of debate among house of worship (HoW) leaders around the world. The debate centers on the idea that, if HoWs live stream their worship services, people will opt to stay at home, rather than attending services in person. Leaders on the other side of the debate claim that live streaming, no matter the risks entailed, is valued by people who are unable to attend services physically. People whom that describes include (a) those who are unable to attend the service due to illness; (b) elderly people (shut ins) who are unable to leave their homes; (c) people who have variable work schedules; (d) people who are out of town for vacation; (e) people who are out of town for work; and (f) “seekers”—those who have never attended the church, but who would like to sample the worship experience “virtually” to determine if they like the style. The “pro” camp also believes that live streaming serves as a valuable medium for sharing special events, conferences, funerals, weddings and services during the holiday season.

I have not found any scientific evidence to support either side of the debate, nor have I determined who exactly is watching the services online. However, there is sufficient evidence, based on observation and response from congregants, to support both sides of the debate. I believe we should study the effects of live streaming in HoWs—perhaps across different varieties of faith—in order for us to understand more comprehensively, and in some detail, ways we more effectively can use live streaming to help HoWs grow. However, I also believe that we can draw some generalizations from common sense and from what has worked—and what hasn’t worked—for leaders who are using live streaming. That can help us to explain why some HoWs are experiencing growth, whereas others are not.

Those leaders in the “con” camp (logically) assume that people will opt to watch online, on occasion, rather than attending physically. That’s a concern, despite the fact that the online option does help individuals remain connected to the church in some way. I believe some of these leaders (rightly) are concerned that fewer people in the building means less money for the offering plate. I support their decision not to use live streaming if they sincerely believe that’s the best decision for their congregants and their community.

However, I also support leaders on the “pro” side of the debate. If a HoW is growing and the number of online viewers is growing, that, to me, suggests the HoW is providing a worship experience that people desire and enjoy. Have we perhaps landed on the primary reason that some HoWs grow, whereas others do not?

I took my hypothesis with me to the Philippines, where I am writing this article. While here, I met with 50 pastors and leaders from 10 nations (all from the Christian faith) who have asked me to help them understand how to use technology and social media more effectively to grow their churches. Over the course of five days of meetings regarding the use of new technologies—including social media and live streaming—I found, with regard to live streaming, they wanted to use this medium to communicate with people outside the walls of their church (for example, with leaders in the US). I found that they also had specific audiences with which were connecting on a weekly basis, providing a sense of “community” or “home.”

For example, the Filipino pastors were using live streaming so that Filipinos working overseas could watch Sunday services online. More than two million Filipinos leave the Philippines and work overseas; many of those Filipinos work in Islamic nations, where there are few—or no—places for them to worship as Christians. Similarly, the pastor from Vietnam explained that there are very few Christian churches in Vietnam; thus, he uses live streaming to share services in Ho Chi Minh with other Christians who live in Vietnam. The pastors from Cambodia, Myanmar and Thailand explained that their predominantly Buddhist nations had few places for Christians to worship. Those pastors experienced growth both in their physical settings and online. And, yet, a few pastors were using live streaming, but they were not experiencing either overall growth or significant interest in their digital content.

To understand the entire equation better, I looked at archives of the services that had been live streamed. I found that the leaders of HoWs whose congregations are experiencing growth were live streaming to Facebook exclusively. In addition, their content was organized, the audio was clear and their video looked good. By contrast, the group that was not experiencing growth used a mishmash of media outlets that I did not know. A few did use Facebook, but, in these cases, their presentation seemed weak; frequently, the audio was hard to understand and the video quality was poor.

I took my findings from my meetings in Asia and compared them to a few HoWs in the US that are—and that aren’t—experiencing growth using live streaming. In Part 2, I will provide information that will help integrators like us better understand the pros and cons of HoWs using live streaming, as well as ways we can help leaders use this medium more effectively.

I believe that effectively using live streaming and social media can help most any HoW to grow. What do you believe?