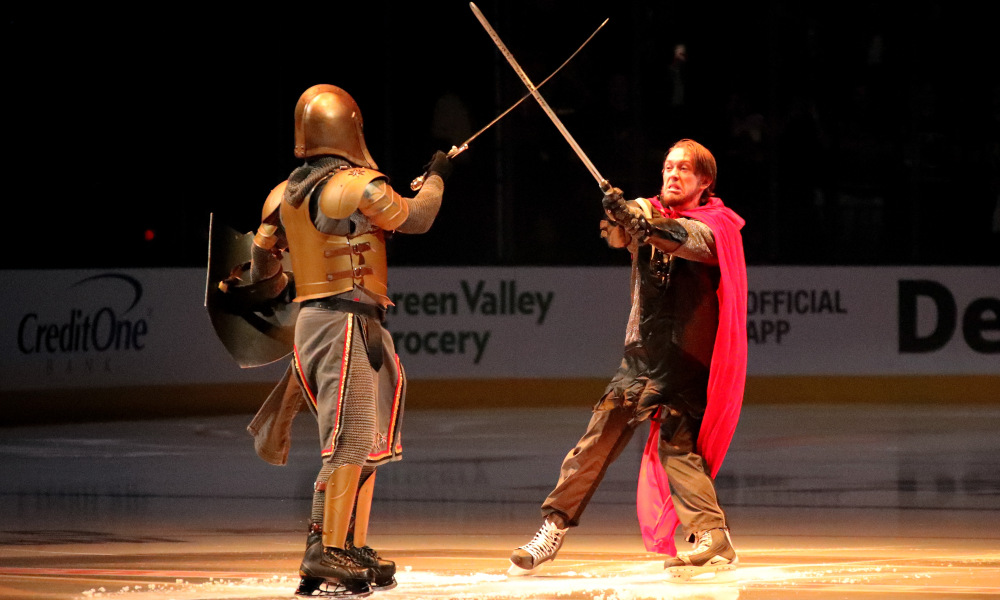 The NHL’s upstart expansion franchise the Las Vegas Golden Knights has captured the imagination of the hockey world thanks to the team’s unlikely run to the Stanley Cup Finals in its rookie season.

But it isn’t just the team’s success on the ice that has endeared it to hockey fans. The Golden Knights have also embraced both the fantasy trappings of their team name and the kitschy, over-the-top charm of their hometown, Las Vegas. The end result? Endearingly ostentatious displays like this one from Monday night, as the Golden Knights and the Washington Capitals kicked off Game One of the finals.

In order to hype up the Las Vegas crowd before the players took the ice, the production staff at the T-Mobile Arena leveraged the power of projection mapping and high-quality audio to stage an epic confrontation between a lone knight clad in gold armor and a band of Capitals-themed villains. The production had the home crowd roaring and quickly went viral on social media.

This isn’t the first time the Golden Knights have used AVL technology to hype up their hometown fans. Take, for example, the similar introduction to the Golden Knights’ series against the Winnipeg Jets in the Western Conference Finals. That particular intro saw the lone Golden Knight slice a fighter jet in half using nothing more than his trusty blade and the magic of projection technology.

The Golden Knights’ ingenious use of AVL has focused even more eyeballs on a brand-new team that has already attracted a lot of attention thanks to its championship-caliber play. And, thanks to the viral success of these AVL-fueled hype packages, we may see more teams employing similar approaches at their own home games in the future.