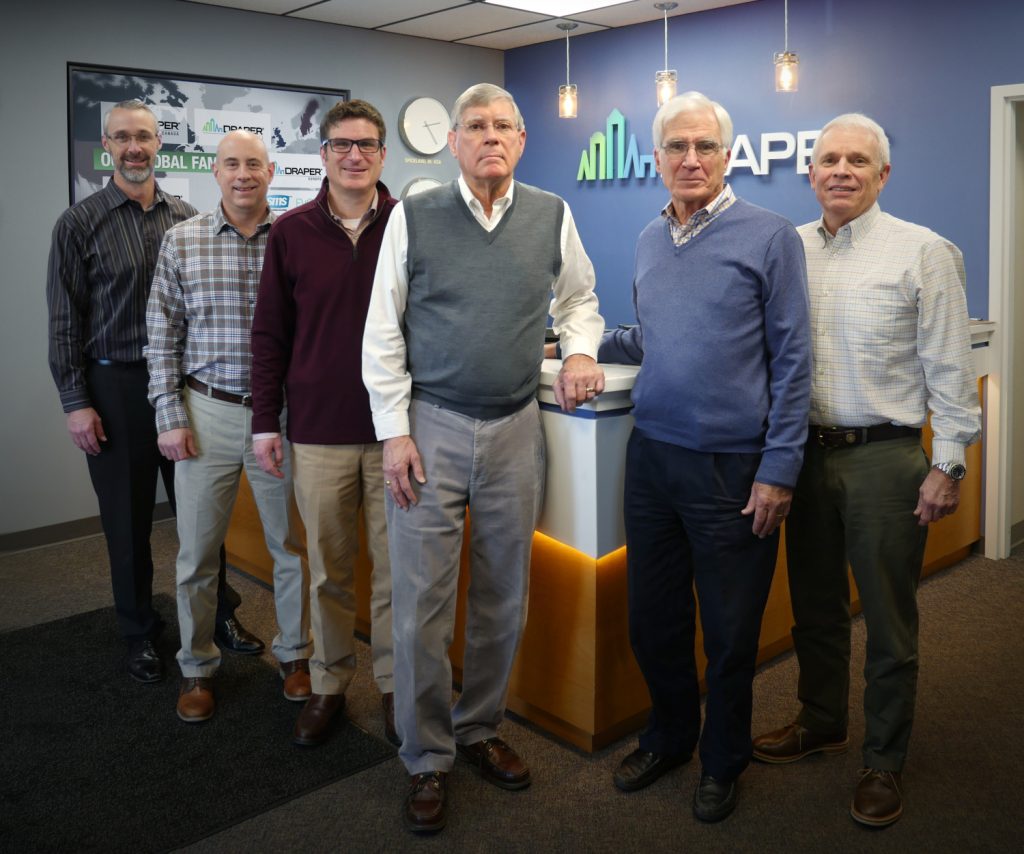 Draper, Inc., has named Chris Broome as the company’s new President. Broome is the fifth President in the company’s 118-year history, following John Pidgeon, who recently stepped down from the role after 15 years. Broome continues the Draper tradition of family ownership and management. He is the cousin of Pidgeon and son of VP of Manufacturing Mike Broome, and the great-great-grandson of company Founder Luther Draper.

Broome has been with Draper since 1992 serving in several capacities, most recently as Architectural Market Manager.

“I am honored to carry on the family tradition at Draper,” Broome said. “I realize that I have big shoes to fill, but like John, I am very confident about Draper’s future.”

The move also led to several other management changes. Lee Denhart is replacing Broome as Architectural Market Manager, and Jentry Wittkamper will assume Denhart’s former position as Director of Sales.

Pidgeon will continue as Chairman of the Board of Directors, and Mike Broome remains in his role as vice President of Manufacturing.