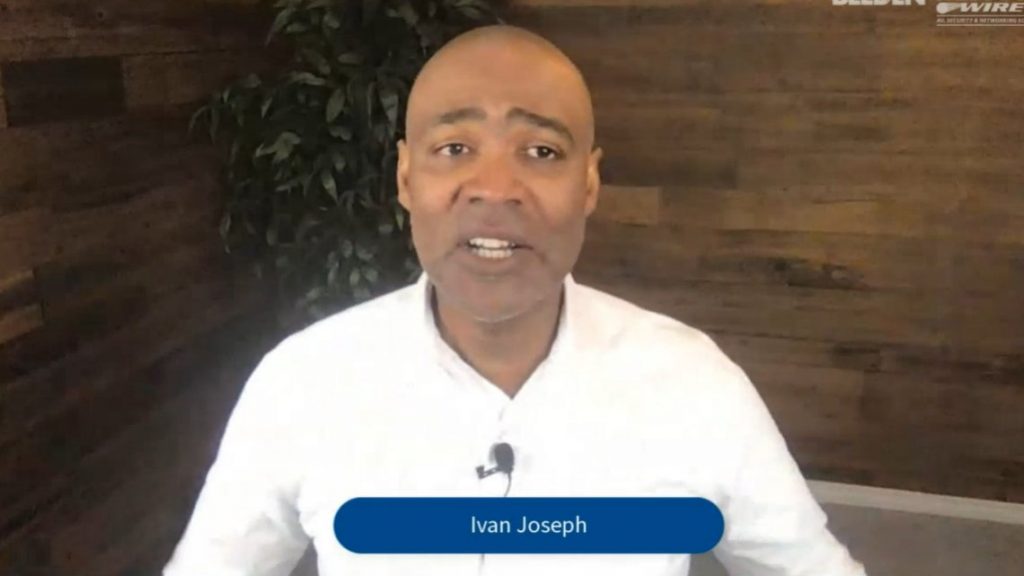 The first day of NSCA’s 23rd Annual Business & Leadership Conference (BLC) saw Dr. Ivan Joseph, Vice Provost of Student Affairs at Dalhousie University and author of “You Got This: Mastering the Skill of Self-Confidence,” delivering a keynote on the business benefits of hiring a diverse staff and promoting equity in the workplace. Titled “Business Benefits of Diversity, Equity, and Inclusion,” the session delved into what business owners and managers stand to gain from committing themselves to fostering inclusivity within their organizations.

Joseph kicked his keynote off with a personal story demonstrating just how deeply representation can impact our personal belief systems. He recalled how he’d never considered playing golf — a sport he now thoroughly enjoys — until he saw Tiger Woods pick up a club. Until then, he’d always associated playing golf with being white. Only after Woods became well known did he really see himself represented in the sport.

Unfortunately, such a lack of representation can create similar beliefs and biases within the workforce. Segueing into representation in the workplace, Joseph offered a simple statement: “Diversity is good for the bottom line.” He went on to emphasize that this applies to two kinds of diversity: inherent diversity, such as someone’s race or gender, as well as acquired diversity, or having differing ideas, experiences and insights.

Both national and global studies have demonstrated that teams with members from a multitude of backgrounds are more successful. Research has shown that companies with female executives often bring in greater profit. Comparisons of problem-solving teams that are homogeneous and ones that are heterogeneous have found that the latter yield better results. Although working with individuals with different backgrounds and viewpoints isn’t always easy, it’s typically more effective.

Of course, similar studies have highlighted some of the barriers that underrepresented communities experience within the workplace, and even during the hiring process. Joseph referenced the well-known resume study by Marianne Bertrand and Sendhil Mullainathan, which strived to determine why organizations were failing to build diverse teams (even when many of them expressed a desire to do so). The disturbing trend the researchers found was that applicants with “white-sounding names” were around 50 percent more likely to receive a call for an interview than candidates with names commonly associated with another race.

It’s no secret that underrepresented populations face hurdles like this beyond the interview phase as well. So, how can companies ensure they’re addressing the very real — and often subconscious — biases these groups face?

How Companies Can Promote Diversity

After covering the benefits of more diverse teams — and the obstacles to building them — Joseph offered some advice on how companies can stay vigilant during the hiring process, as well as once they’ve brought new employees onboard. In terms of finding diverse talent, he suggested implementing these four tips:

Looking beyond the hiring process, Joseph also covered common biases HR directors and managers should be aware of and actively attempt to combat:

It’s easy to see how such phenomena can hold back candidates and employees who already struggle to forge ahead in the workplace. Acknowledging and understanding these biases, however, can go a long way toward dismantling them.

Another key to fostering a more inclusive workspace is to avoid overlooking employees’ differences. Although it can be tempting to say things like, “I just treat everyone the same,” it’s better to celebrate diversity within your company. “The more you choose to ignore the cultural differences that make up this community and your workforce, the more likely they are to say they’re not engaged, they’re not connected, they feel like they don’t belong,” Joseph explained.

Finally, training can be useful when it comes to promoting an inclusive work culture, but there is a catch. Data has shown that optional trainings are actually more effective than mandatory ones. According to Joseph, mandatory trainings tend to create “silent resisters” who push back against what’s taught simply because they’d rather not be told what to do. Optional trainings, however, have led to a 13-percent increase in promotions and recruitment of racialized and female leaders. That’s precisely the sort of progress a company wishing to be more inclusive wants to see.