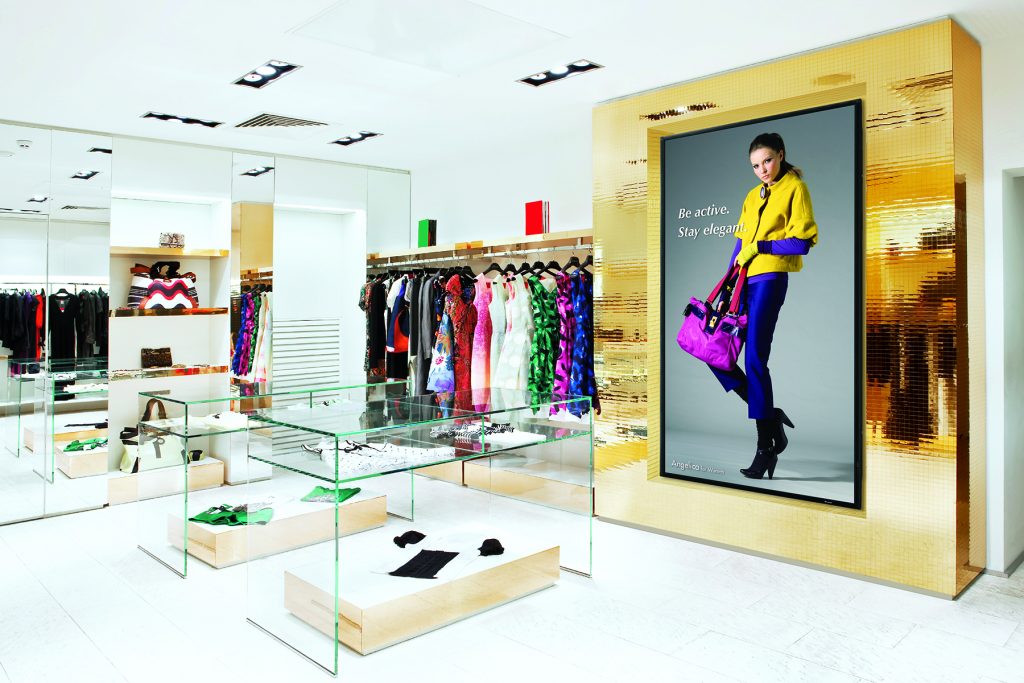 Digital signage in retail settings can do everything from publicizing social media buzz, to collecting interactive customer data, to boosting impulse buying, to enhancing branding.

From Amazon’s self-checkout store to IKEA’s augmented reality (AR) app, the technology revolution is well on its way in retail stores everywhere. Brick-and-mortar stores continue to struggle against the increasing ubiquity of buying online. Online shopping’s prevalence has led to several challenging questions being asked, including how physical store locations can demonstrate that they are ahead of the game from a technological standpoint, as well as how they are listening to—and being responsive to—their stakeholders’ needs and concerns. Against this backdrop, digital signage, which allows businesses to powerfully deliver relevant content to their audiences, has never been more important than it is today. Not only does digital signage have the ability effectively to communicate data through images, audio and video, but it is also helping transform the retail space and playing a crucial part in the smart cities of the future. 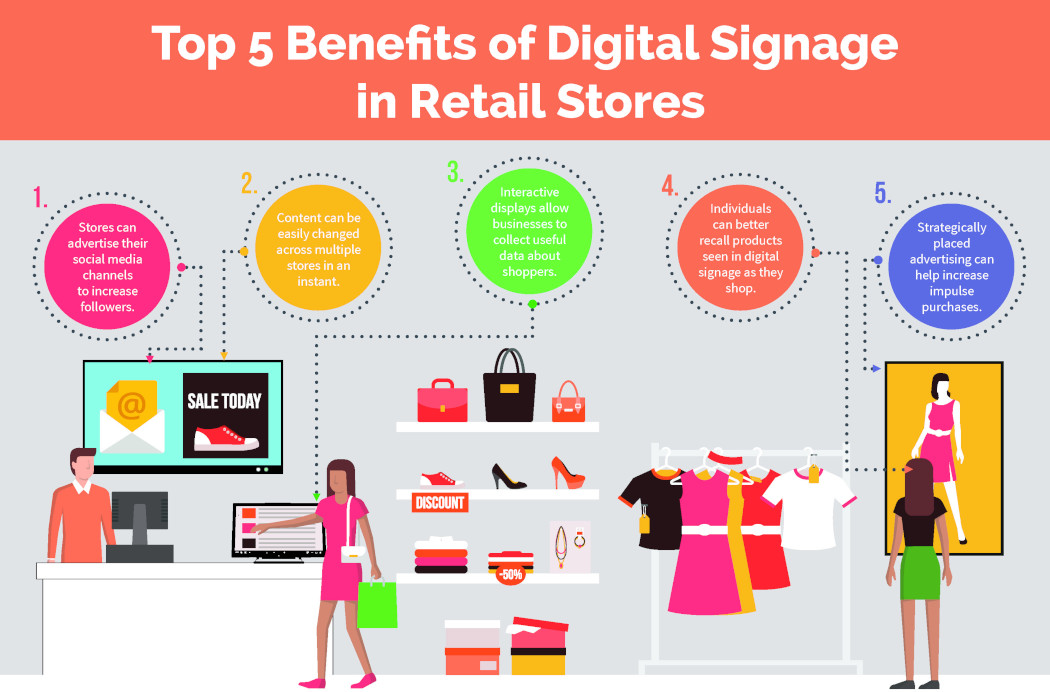 Retail stores, in particular, can see a formidable return on their investment when they use digital signage. Although there are several reasons to implement digital signage in retail locations, the most compelling five benefits in the context of retail are as follows:

Whether a retail store sells clothing, furniture, groceries or other items, implementing digital signage can be greatly beneficial.

Previous ArticleA Word In Your EarNext ArticleThe Blurred Line: AV And IT