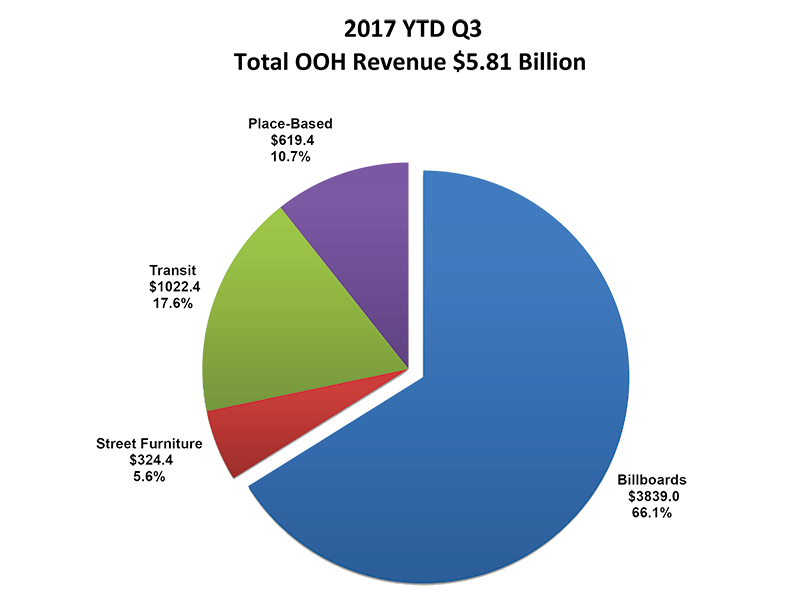 It was the best of times; it was the worst of times. The year gone by was a fantastic one for digital out-of-home (DOOH), and, at the same time, a problematic one by the end of the year. The numbers tell a great story, with increases in media spend, dedicated DOOH dollars and further integration within the mobile marketing ecosystem. Research cited by the Outdoor Advertising Association of America (OAAA) found that the OOH market reached $7.6 billion in 2016, continuing its growth trend of the last seven-plus years, and DOOH was a main player in that growth. With that trend continuing, we know 2017 was a great year for DOOH, and 2018 is shaping up to be even better.

First, though, “the worst of times.” By the end of 2017, the industry experienced an issue that will have far-reaching ramifications for the sector. The Wall Street Journal, Forbes and national news stories arose about the Outcome Health campaign, reporting issues and allegations that it provided misleading data to advertisers, causing serious questions for brands and media buyers about the actual value and reach of their media buys. These stories and the very public lawsuit by units of Goldman Sachs, Google and Pritzker-backed funds, alleging that Outcome Health committed fraud to secure close to $500 million in funding in May 2017—which valued the company at $5.5 billion and made it the most valuable startup in Chicago IL and a darling of the tech community—did bring a high-wattage focus on the DOOH industry and how standards in measurement are supported.

This very publicly amplified story, about what was viewed as a leading DOOH network in the industry, can cause a pullback in media dollars and questions about the viability of campaign performance. Similar to the exhaustive media study on online advertising fraud, this incident casts a negative light on the industry, and that affects us all. At the same time that DOOH is gaining mainstream acceptance among media buyers, we are facing questions every day on how campaign performance can be trusted. Industry technology that delivers proof-of-play, from the player via RS232 to the TV itself, are widely embedded in CMS platforms as long as truly commercial systems are in place. Also, with the advent of geo-location reporting, precise audience metrics are available through third-party sources, as well, and media agencies have begun to embrace this third-party verification, which will drive new standards for the industry. Even attribution is becoming scalable via consumer tracking and reporting. 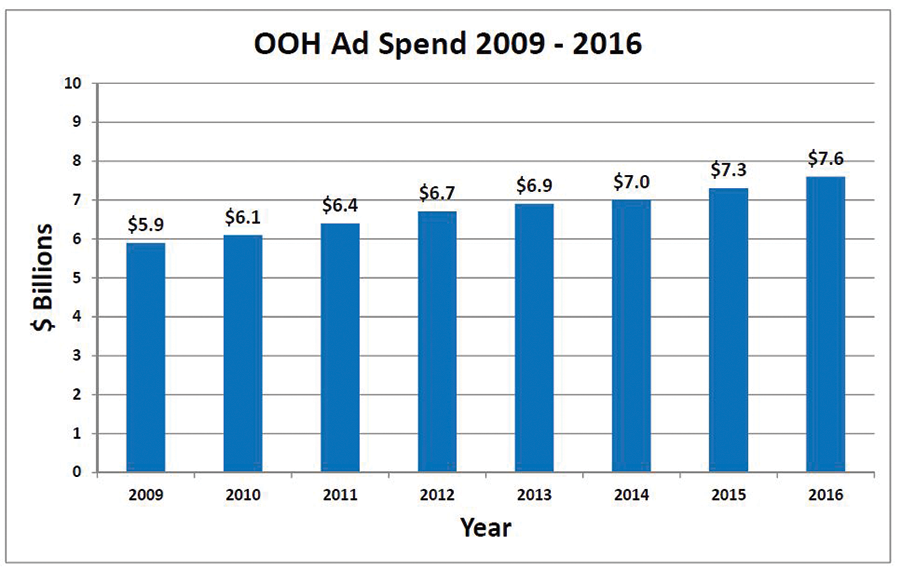 As long as industry participants realize that robust, “authentic” data is our true currency, and as long as they’re “honest partners” within the media ecosystem, we can overcome issues that are driven by a few bad actors who cause friction within our market.

Now…onto “the best of times.” DOOH is continuing to gain very strong momentum, part of which is based upon shifts in consumer behavior and mobile technology. This all began with the time-shift and control afforded to consumers by DVRs, on-demand TV and digital streaming. Viewers at home find it extremely easy to disintermediate advertisers and marketers. At the same time, consumers spend more than 70 percent of their time outside of their home. So, the advertising and messaging opportunities via DOOH media, which don’t allow the same level of disintermediation, are extensive. That fact, coupled with the evolution of the connected, mobile consumer, has made DOOH a robust and highly important interstitial touchpoint that can utilize geo-temporal data and trends to deliver the right audience, at the right location, at the right time, with appropriate context.

Although advertising billboards can be traced back to the late 1800s, the advent of DOOH has offered far more robust flexibility, and it can capture consumers’ attention in multiple venues throughout the day. Following a consumer’s day-path, advertisers now have the ability to gain multiple touchpoints in out-of-home venues that their demographic targets, and then intermingle those with mobile and online touches. According to a London-based creative agency, The Operators, digital DOOH displays made up just two percent of the outdoor advertising market in 2003. By contrast, Ad Age reports that nearly $4.5 billion is expected to be spent on DOOH advertising in the United States by 2019; that would represent a $1.2 billion increase from 2016. As if that’s not enough reason to leverage this space, PricewaterhouseCoopers predicts that DOOH advertising revenues will overtake traditional media spend in 2020, buoyed by a growth rate of 15 percent each year.

Besides its versatility and ubiquity, DOOH also benefits from its ability to reach targeted audiences at very specific times. As the Ad Age article points out, “Because it’s location and context specific, the technology has the opportunity to give people the right message, in the right way, at the right time, in a format that’s automated, dynamic and interactive.” Using geo-location, marketing matrix mixes and mobile/online retargeting, DOOH delivers a very robust “toolbox” for integration into the entire marketing ecosystem.

Though growth is boldly predicted through 2020, two executives with a front-row seat in this accelerating industry have provided their predictions for DOOH this year. Michael Cooper, Global President and CEO, Rapport Worldwide, said the main opportunities for DOOH in the new year include its ability to be measured along with other media. “This will be pivotal for growth,” he said. “Not side-by-side—anyone with any vision has been trading OOH on optimized audience delivery, over specific sites, for a long time. The digital universe should allow us to provide cross-media optimum reach and frequency capping, so DOOH can become a legitimate and equal medium on any media plan.”

Cooper said DOOH has been more of an “add on” for too long. “If we include what has always been the USP [unique selling proposition] of OOH, accurate macro- and micro-geography and interaction, DOOH has the opportunity to be the lead medium on a huge percentage of media plans,” he added.

Kym Frank, President and CEO of Geopath, added that the increased availability of data will be a critical driver for the industry moving forward. “The industry is now able to reach hyper-targeted audiences, deliver highly precise measurement, provide real-time creative optimization and measure ROI like never before,” she said.

In fact, the latest Media Economy Report from MAGNA Intelligence cites innovation in OOH audience measurement as a key reason why the medium outperforms. Frank said the single industry advancement helping to move more ad dollars into DOOH is geo-location data harnessed from mobile devices—data for targeting and campaign effectiveness. “It allows our channel to compete with traditional online media, but in relevant venues,” she added.

Cooper noted that the automation of buying has attracted, and will continue to attract, new dollars simply by making that process easier. “However, the impact to date is minimal and, in many ways, the route we are taking is making the acquisition of our space more—not less—complicated,” he said, adding that no technological advancement will substantially swing media dollars “unless we educate ourselves on that advancement and all of the implications it has across the frantically evolving multimedia landscape.”

“Self-education on all media and intelligent client problem-solving every day are the critical advancements that industry players need to drive the medium to the 15-percent-plus share it should have,” Cooper stated. “There is no, ‘If you build it, they will come.’ We have to build it, refine it, evolve it and consistently show clients, agencies, planners, etc., what it does for them that nothing else can do.” He added, “In 2018, the conversation needs to include artificial intelligence and campaigns that cognitively ‘learn as they run.’”

Cooper and Frank do have differing opinions on DOOH adoption of universal standards as it continues to grow. Frank said, “Universal currency is absolutely essential for the growth of the industry, especially in DOOH. Advertisers and agencies need to be able to buy across the entire OOH/DOOH ecosystem using trusted third-party data. If those data points are from the same source, it empowers buyers to understand the true reach and frequency of their advertising, even if they’ve purchased it from multiple providers.”

Conversely, according to Cooper, “There doesn’t need to be a universal process, and certainly not global standards. Different people need different data delivered in different ways to make investment decisions and form strategies. There is risk in each individual media owner creating their own ‘standalone’ models that only focus on their inventory,” Cooper said. “This makes planning and buying more complicated, and it could result in an oligarchy of vendors taking a huge percentage of ad dollars—think Facebook and Google in the online space. If the DOOH industry tries to act too much like the online industry, ad dollars could end up benefitting a few players disproportionately. As with other mediums, a plethora of deliveries and measurements have to be familiar and as simple as possible to use, and each one has to embrace the whole DOOH ecostructure.”

It is apparent that we are at an inflection point in the industry. There is a true need to build a logical set of industry standards and practices that take into account DOOH’s place within the mobile consumer ecosystem. These standards don’t have to be a handcuff; rather, they can be a touchstone that allows all participants in the DOOH media landscape to understand both the deliverables and the outcomes clearly. The data can be presented in differing ways, based upon client needs, but the core standards allow a common currency on which all of us can agree.