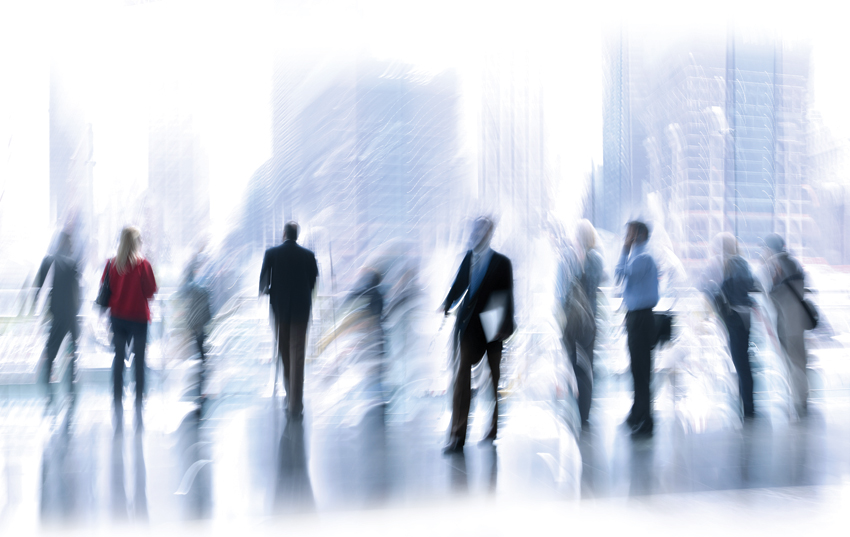 As we approach the end of the second decade of the 21st century, it’s worth stepping off the technology express for a moment to consider some of the changes we’re seeing in our industry, in parallel industries and in everyday life—changes that have been wrought by a combination of geographical, economic and political factors.

My “From The Crow’s Nest” article detailed several of my predictions for our industry in the coming year. By contrast, this post will take a closer look at several trends that have been ongoing for more than a decade, and how they will impact the AV business or, more specifically, trade shows.

It’s no secret that most of the electronics manufacturing (semiconductors, televisions, mobile phones, computers, tablets, appliances, wireless gear) in the world is moving to, or has moved to, mainland China and Taiwan, along with several Southeastern Asia countries. Just 25 years ago, it was common to spot the words “Made in Japan” on your table radio, television or camera, or even your car. Nowadays, however, “China” has been substituted for “Japan,” even for many products manufactured and sold by Korean companies like Samsung, LG, Hyundai, Daewoo and Kia. That’s because labor costs are so much lower, and because the Chinese government, as a so-called “silent” partner, can easily clear land for (and even build) state-of-the-art factories. It also provides a large labor pool to fill the positions in those factories.

And the Chinese have made major investments of their own in new technology. One of the largest manufacturers of LCD panels in the world is TCL, which has a partnership with Samsung in a large LCD plant known as China Star Optoelectronic Technologies. Not only that, but TCL manufactures and sells its own brand of televisions in the US. Both TCL and Hisense (another Chinese brand that also owns the Sharp brand name) have been selling 55-inch 4K (yes, 4K!) televisions for as little as $500, with some specials dropping to less than $400.

The result of the shift to the Far East has been a dramatic drop in the price of not only televisions, but also a host of other electronic gadgets. I recently bought a new Lenovo laptop with solid-state drive, 15-inch screen, fast i7 Intel processor, tons of RAM for both the PC and video card, and the latest in 802.11ac channel-bonding Wi-Fi tech. My cost was just under $1,300 with shipping and tax.

Because the world of professional electronics (including AV gear) is largely driven by the world of consumer electronics, we’re now seeing those same dramatic price drops in everything from HDMI switchers to pan/tilt/zoom cameras. And the US, Japanese, Korean and European brands that sell that stuff have had to cut their prices, as well.

Now, we’ve got the Internet of Things (IoT) in town. Anything that can be fitted with a Media Access Control (MAC) port and that has a Wi-Fi connection can now be accessed, configured and controlled from an internet connection just about anywhere in the world. All the gear you’d install in a conference room or classroom can be set up and operated with nothing more than a tablet and software equipped with simple drag-and-drop GUIs. And the software doesn’t cost all that much.

Throw in artificial intelligence (AI) and, now, you have an AV installation that can configure itself once powered up. That’s right—all the displays, lighting, screens, audio mixers, thermostats, amplifiers and switching equipment can talk to the control software, load the appropriate drivers and create a touchscreen display without you having to lift a finger. And you can talk to an assistant like Siri or Alexa to walk you through the process.

Add it all together—lower manufacturing costs, an increasing percentage of CE products (equipped with IoT functionality) finding their way into commercial AV installations, and artificial intelligence to handle the once-tedious job of writing control code and commands—and it equals more powerful products at a lower cost to you.

That last part is what’s causing major headaches for manufacturers. Instead of price tags with three or four zeros following the first integer, a majority of products are being sold with two or three zeros. That has a direct impact on profitability—one that cannot be fixed simply by increasing the volume of sales. The availability of cheap electronics has spawned too many competitors, which is great news for consumers who are price sensitive.

And that brings me to trade shows. Alert readers will notice that the once-mammoth booths and stands of Japanese and Korean manufacturers at NAB and InfoComm have gotten noticeably smaller, even as Chinese booths have gotten larger. No surprise—if you’re selling hardware and software with lower price tags, you have less money to put into a trade show booth. And some of those well-known brands are pushing more and more of their products through distribution, not traditional dealers. (It’s that margin/profitability thing again.)

What’s more, the lines between residential and commercial gear and installations have been steadily blurring for more than a decade. (Admit it…you’ve been installing regular TVs instead of commercial monitors most of the time, right? Not that there’s any real difference between them.) Many residential dealers who were once shoveling in the cash have started to bid on commercial work, and vice versa.

It’s not surprising to see some of the hardware on view at the annual CES in January make repeat appearances at ISE, NAB, InfoComm and CEDIA as the year winds on. In fact, one prominent Japanese manufacturer has focused more commercial product at CES recently, having dropped out of the TV business altogether.

We’ll probably see some consolidation of trade shows in the next few years, as attendees come to realize there isn’t a whole lot of difference from one show to the next. The increasing use of CE products for installations, along with improved AI and support for IoT, will actually deliver the promise of “plug and play” (along with a new set of headaches from hackers and malware) to our industry, reducing the purchasing decisions to best price and warranty/reliability.

Some questions to think about: How long before Amazon starts to sell commercial AV gear? Is it now practical to view a manufacturer’s product line using VR technology? (Some companies have already tried this.) Just how much education do you need to configure a room full of IoT hardware?

And just how much difference is there between a video encoder made by “You’ve never heard of us; we’re first timers at this show” versus “Buy from us; we’ve been selling into this industry for 40 years”—especially if both products are made in China, possibly at the same factory, and using the same chip sets? (Not much, if any….)