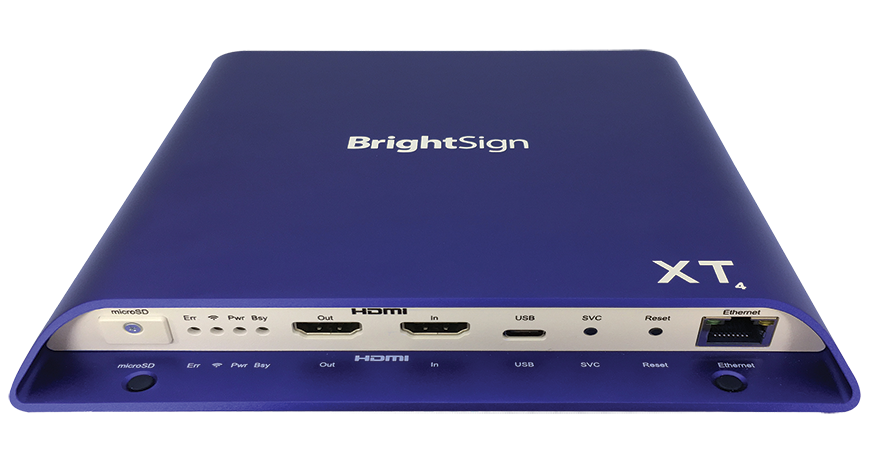 BrightSign will preview the first of its Series 4 players, the XD4 and XT4, due out in June. As a follow up to the company’s Series 3 players, 4 models in the BrightSign Series 4 range will be newly designed to support Dolby Vision and HDR10+. Early this summer, the XD234 and XD1034 will replace the current XD Series 3 models, and XT244 and XT1144 will replace the current XT Series 3 line. The XT line will support PoE+, and XT1144 will support HDMI-in to deliver live TV to end points either via an HDMI cable or streaming over a network. The new players will continue to use the sleek industrial design of the Series 3 players.