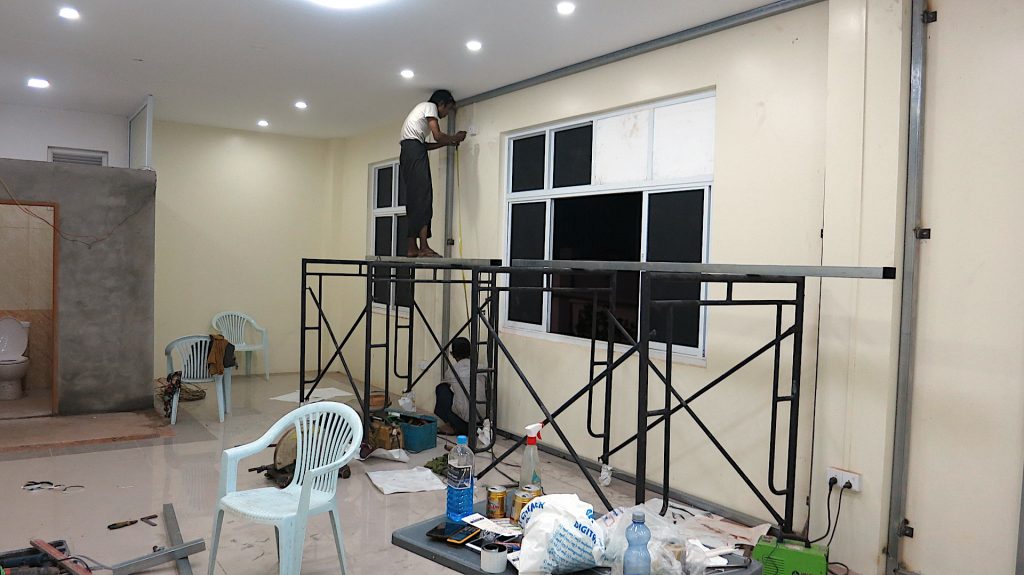 At the time of this writing, the author (not pictured) was in Myanmar, building a television production studio for a Christian denomination. The studio will create Christian content that will be shared on social media with the Burmese people.

People of all nations are scattered throughout the world. The “Good News” is that communication technologies enable us to stay connected with friends, family members and colleagues almost anywhere on Earth quickly, easily and cheaply. This amazing ability to stay connected—and to communicate globally—enables local companies to target customers around the world. You probably know that Coca-Cola operates in nearly every nation on earth. And Starbucks continues to market its Seattle WA brand on a global scale, using all forms of media and various outlets. The same technologies also enable local houses of worship (HoWs) to market their brand of worship to people located nearly anywhere. I am witnessing a new phenomenon where HoW leaders believe that the world is their congregation. It is fascinating to consider the possibilities of making this a reality.

In my lifetime, I have observed the emergence of this global connectedness. My parents were missionaries; thus, I have spent a lot of my life living outside the US. In the 1970s, we lived in South America. I remember that, when my parents had to call the US, they would go to the Post Telephone and Telegraph office, hand the operator a telephone number and then sit on a bench until the connection was made. The bulk of the conversation was a precursor to the now-famous “Can you hear me? Can you hear me now?” Incidentally, the cost for the call was $5 per minute. In the early 1980s, we were elated when we could make international calls from our home!

My family also experienced the beautiful 1980s emergence of cable and satellite television, witnessing the impact it had on the world. Fast-forward to a Saturday night in October 1994, when I was working on a project in Cairo, Egypt. My Egyptian friends and I were in my apartment, watching Notre Dame play Navy on NBC SuperChannel, when the doorbell rang and KFC delivered our dinner. After the game, we went out for dessert at TCBY. Only when I heard people speaking Arabic did I mentally return to the reality that I was in Egypt, not the US.

Fast-forward again to 2010, when I was working in Cambodia. I traveled to an extremely remote area in the northeast part of the country. We had been on a dirt road for hours when, finally, we arrived at a village that made it seem as though we had gone back in time 100 years. When I got out of the SUV, three little boys, who were playing with an old tire and a stick, ran past me singing, “Baby, baby, baby oh” like Justin Bieber. I realized with certainty that the world was truly connected. This village had no electricity; it did have a radio, a television and a satellite dish powered by truck batteries, however.

To make my point further, I am writing this article in Yangon, Myanmar (formerly Burma). This nation has largely been cut off from the rest of the world for the past 50 years, living under tough military rule. A new government of sorts is giving the people some freedom. Internet access and cell phone service are available now, so people are gorging on social media. Our team is here to build a television production studio for a Christian denomination (a miracle, really) in this predominately Buddhist nation. The plan is to use this studio to create Christian content that will be shared on social media with the Burmese people in the country, as well as Burmese people scattered around the world. The organizers plan to host weekly live events where Burmese people can share the experience, interactively, through very creative use of applications primarily found on iPhone and Android operating systems.

A few other forward-thinking churches that are sharing their faith with people in their own land are also making content accessible to people everywhere. One popular example is Hillsong. Although Hillsong’s home base is in Australia, millions of people from around the world watch its church services, live and archived, every day. Hillsong content can be found on almost every media platform: over-the-air, cable, internet outlets, etc.

This phenomenon will continue to grow, and it will grow quickly. Many HoW leaders are trying to understand how to brand their worship style, because they are coming to realize the world is their congregation. I am trying to understand how I can thrive in this vast awakening. I am also wondering how our industry can address this phenomenon. I believe that we will be required to know much more about communication than recommending the best line-array speakers, projectors or video cameras. I believe HoW leaders will be asking us to create systems that enable them to create a worship experience for their local congregation while, at the same time, creating a worship experience that engages congregants in other cities and other nations via multiple media outlets and on multiple media platforms.

What I am hearing HoW leaders discuss is far more sophisticated than simply calling for live streaming. Instead, for these HoW leaders’ vision to succeed, an entire ecosystem of technologies will have to be created. With such an ecosystem, these HoW leaders will be able to communicate with their multinational and multilingual congregants in real time, much like a live session at the United Nations. I’ll say it again—this is a lot to consider. But the possibilities are truly exciting.

I don’t have all the answers about this soon-to-be-here reality. But I do believe we should seek to understand this direction so that we can serve our clients of faith effectively. That is what I believe. Please tell me what you believe.