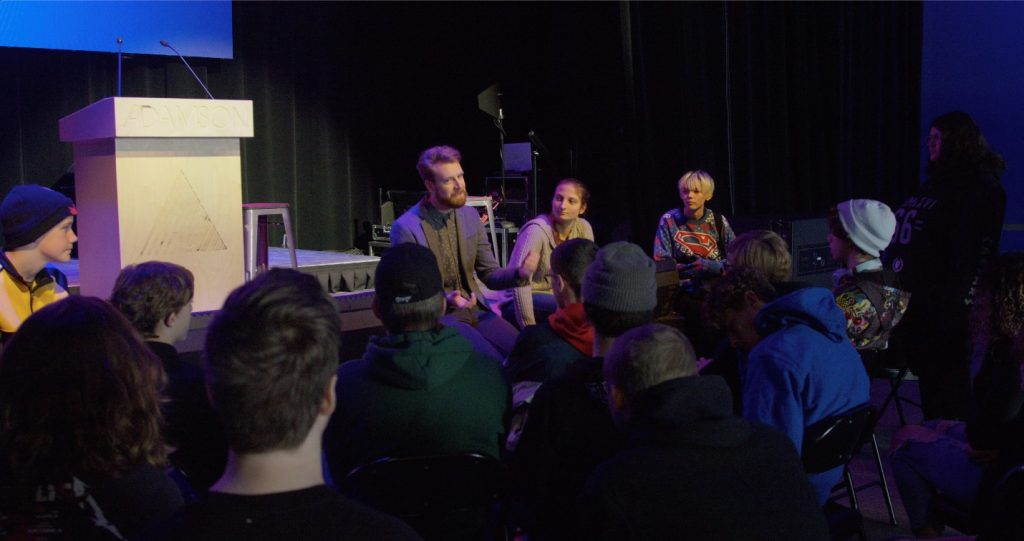 The purpose of the AVIXA Foundation is to help build the next generation of leaders in the commercial AV industry. That’s a big task, but it’s one that is both extremely exciting and rewarding. We’re tackling this challenge by creating more awareness of AV as a career, as well as by providing the necessary skills to start that career. To support our mission, we’re wasting no time in rolling out some new initiatives this year. On January 16, at the NAMM Show, the AVIXA Foundation joined AVIXA member Adamson Systems Engineering to announce its involvement in the Winding Roads Education Series, which is designed to introduce secondary and post-secondary students to career opportunities in commercial AV and live production.

Winding Roads offers students in Toronto, Ontario, Canada, as well as the surrounding areas, an opportunity to see how live productions and events come together, receive career advice directly from professionals, and get hands on with state-of-the-art equipment donated by industry leaders such as Adamson, DiGiCo, Lab.gruppen and others. We hosted a pilot event in December at Adamson’s headquarters in Port Perry, Ontario, Canada, and we saw more than 150 students and teachers attend.

Young people see and interact with AV every day. Events like Winding Roads pull back the curtain on how it all works, showing those young people just how many individuals it takes to put on live events and entertainment programs. They get to see everything up close, but, perhaps even more importantly, they’re able to see themselves as a part of the same team. These types of behind-the- scenes experiences can serve as a replicable model that our industry can use to build awareness, as well as for recruitment around the world. And once someone becomes hooked on how cool AV is, we help him or her along his or her career path!

One way that we’re helping is through scholarships. We’ve offered the Michael Vergauwen Scholarship since 2010. Many of the winners have since moved on to prestigious careers at AV companies. To increase our impact this year, we’re offering the elAVate Scholarship to support the growth of women and gender equality in our industry, along with the Mosaic Scholarship to promote further inclusivity and diversity in our community. Both awards recognize candidates from backgrounds that are underrepresented among our peers, and candidates whose imagination and ideas will help positively shape the future of our industry.

In addition to being awarded $2,500, each student will receive a free trip to the InfoComm show in Las Vegas NV, being held from June 17 to 19. We’re currently accepting applications for all three scholarships. The deadline is March 27, and winners will be announced in April. Visit www.avixa.org/scholarships to get additional details.

The preceding discussion is just a glimpse at the exciting things we’re working on to help more young people set their sights on a career in AV. And these endeavors aren’t accomplished alone, either. Our members play an integral role. We’re always looking for partners with whom to collaborate, whether it’s participating in events like Winding Roads, joining in our Career Days at our shows around the world, starting company internship programs, connecting the AVIXA Foundation with schools interested in AV curriculum or other initiatives. Drop me an email if you’d like to become involved; reach me at foundation@avixa.org. A cool career in AV shouldn’t be kept a secret.

To learn more about the AVIXA Foundation’s workforce-development initiatives, visit www.avixa.org/foundation. To read other perspectives from leaders in the commercial AV industry, go to our Business page.