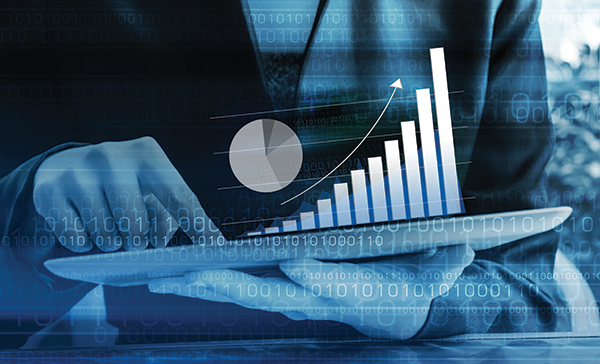 May you live in monumental times. By just about any measure, one could safely say we have been blessed (and challenged) to do so. Technology is advancing at a rapid rate and global economies boom and bust together, even as the latest environmental or geopolitical trends seem to present roadblocks to growth. Depending on one’s perspective, one can see all this as a net negative or a net positive. As we, the Audiovisual and Integrated Experience Association (AVIXA), survey the data and trends, however, we see tailwinds abounding, as we close out this decade and start to look to the next.

For starters, two big trends stand out. The first is a near-universal growth trend for GDPs across the globe. Some exceptions exist; however, overall, averages are closing in on four percent, according to the International Monetary Fund (IMF). This is particularly true in developing regions of the world, where economies are growing at double or triple the average rate. China, India and several parts of Africa are key call-outs here. In fact, Libya is currently listed as having the fastest-growing economy in the world—at a rate of 31 percent!

Like a rising tide, topline growth signals a lift to most underlying sectors. It also harkens to a time of strong employment. Here, again, IMF data shows a positive trend, wherein most of the world is showing historically low unemployment figures. As two examples, the US and China each reached lows of around four percent, which some economists refer to as being near “full employment” levels. Job data reinforces that notion, with more than six million jobs currently open in the US. If anything, this points to the one possible headwind in the commercial AV industry—even though there are many jobs, it’s difficult to find the right people to fill them, particularly because so many now require advanced degrees or training.

Trends In The AV Industry

Employment issues aside, the strong climate of growth is poised to benefit the commercial AV industry, as well. AVIXA, in partnership with IHS Markit, shows the global commercial AV industry as being poised for growth rates similar to overall GDP. That growth is expected to raise the total revenues for commercial AV products, services and solutions from $178 billion last year to $231 billion in 2022—an added value of $53 billion over the six-year period, and a compound annual growth rate (CAGR) of 4.7 percent.

Consistent with GDP trends, regional growth is expected to be healthy, as well. The Americas, fueled by the US, remain the largest sector of the commercial AV industry, with $67 billion in revenues this year, representing approximately one-third of the total. Asia-Pacific is the second-largest region, representing almost $64 billion the same year. However, the Middle East and Africa are positioned to grow at the fastest rate—eight percent CAGR.

Underpinning those regional trends is a story about strong diversity of specific opportunities. In short, commercial AV is everywhere, and it’s a part of almost everything we, as consumers, do today. It’s in the installed screens we watch on long flights, the interactive displays that could be the new face of retail, the conference rooms where we convene in corporate offices, the classrooms where we gather to absorb new information, the stadiums where we’re pulled into the game by big screens and booming audio—and that’s just some of it.

Sure, not all commercial AV solution providers will cover all those areas. But each of them offers opportunity for an entrepreneurial integrator or installer who’s looking for ways to grow his or her business. Traditionally, corporate offices and classrooms made up the lifeblood of the industry, contributing 31 percent of the total global revenues, or more than $56 billion this year alone. Large venues, too, have been strong contributors, generating $25 billion for the global industry in the same year. But, now, newer vertical markets, such as hospitality, with its growing set of in-room entertainment and environmental-control systems, offer higher-than-average growth opportunities. Healthcare, too, is poised for innovation that’s driven by audiovisual solutions.

AV In The Future

In all, AVIXA has cast a wide net in sizing up the industry for its latest series of reports—the AV Industry Outlook and Trends Analysis, or IOTA. It’s a purposeful effort to include each of the new opportunities that faces the commercial AV industry. We can partly thank the Internet of Things (IoT) for this, as connectivity brings an increasing need to cover areas previously untouched by this community. But perhaps even more, we can thank the sheer ingenuity of IoT, as it seeks to embrace new technologies and their applications. It might not always be easy to gauge how IoT will affect commercial AV (and you’d be forgiven if you’ve already heard enough “IoT” buzz). However, connectedness is the way of the future—it’s an integrated life—and great opportunity will present itself.

We can’t wait to see where creativity and innovation take us in the future. One thing is for sure—commercial AV will play a crucial role.