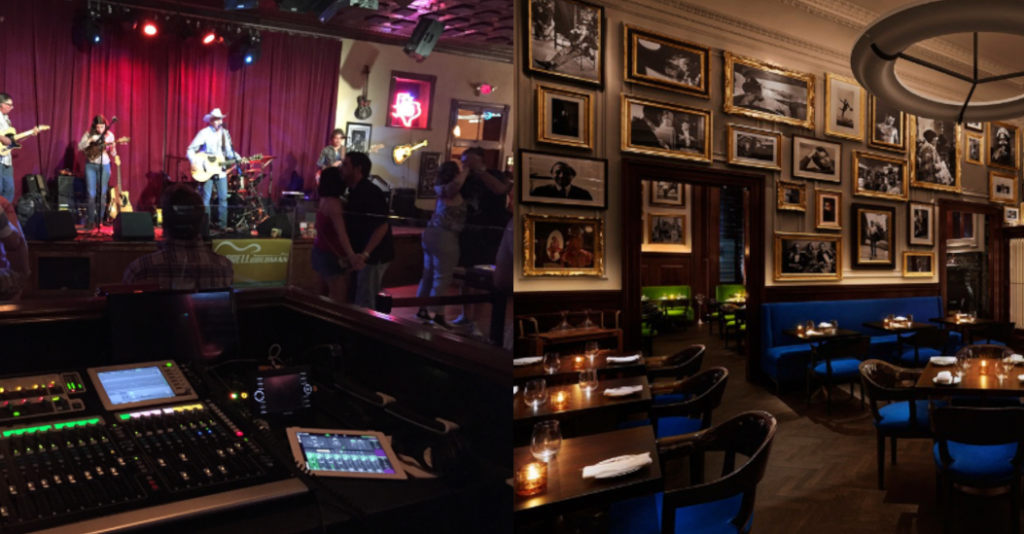 Audio networking has become a hot topic in recent years, with many high-profile manufacturers releasing audio-over-IP (AoIP) products. For many, the term “networked audio” still conjures memories of the spotty performance of early voice-over-IP (VoIP) phone systems or poor-quality MP3 streaming. However, modern audio networking has progressed far beyond the limitations from which those earlier technologies suffered.

Put simply, audio networking is the transportation of audio between devices in real time by using standard IP networking technology. It is a scalable and digital approach for home and professional recording studios, single-room clubs, theaters, large multi-room facilities and more. And, today, audio-networking solutions are in broad use, enabling systems that support any number of channels of uncompressed audio with ultra-low latency, nearly nonexistent jitter and rock-solid reliability. Networking also means no hum, no noise, no ground loops and no signal degradation over distance. Networking is not only the new and easier way to connect systems, but also the best way to achieve maximum audio performance.

One of the most significant changes brought by networking is the end of “point-to-point” connections. Point-to-point means that cables connect one device to another, defining pathways. In networks, all channels of all devices are exposed and available for instant connectivity without moving a single wire, using readily available software on a PC or Mac. This saves time in setup, while also delivering maximum flexibility to configure the system as needed, whenever it’s needed.

In recording environments, networking solves clocking, connectivity and flexibility problems. Devices are no longer segregated by the type of connector they use or by the special clock that they require. All connections are made using regular Cat5e Ethernet cables, and all traffic goes through standard, off-the-shelf network switches. Audio networking also removes the need for any special I/O devices for computers. Because audio networks are just computer networks, the regular Ethernet port on a PC or Mac is all that is required to make it a full participant in your system.

In a studio (or onstage), networking allows users to connect devices to the system wherever they need to be, without worrying about long cable runs or specific jacks. Just connect to the system from any port, and you’re ready to patch and go.

Networking has revolutionized live sound at all levels, enabling systems of all sizes to be more easily loaded in and loaded out. Heavy, expensive and difficult-to-repair analog cable snakes are replaced by a single, small cable that carries pristine, interference- free digital audio. Major strides in network speed and switch design, as well as improved standards, now mean that no matter how large or small the network is, it will operate in perfect sync. Secondary networks can provide completely redundant pathways for mission-critical devices, so even a broken cable or a failed power supply can’t knock out a show.

Audio networking keeps all signals in the digital domain, eliminating the possibility of hum, noise, clock drift and signal degradation. This makes it easy to retain the highest sound quality, regardless of the physical scale of the installation.

Automatic reconnection of devices means things don’t have to be set up “from scratch” at each show, thereby saving time and reducing mistakes. Networking in live productions also means that computers can be easily used as integral pieces of a show. Sound effects, cues and scores can be played out of any connected computer, and powerful applications can be harnessed to provide DSP functionality—all without requiring any additional I/O devices.

Audio networking doesn’t require special components, but, as with any endeavor, it’s worth paying for quality. Beyond the cost of the audio equipment, the required networking equipment is broadly available at very reasonable prices.

In most live and studio settings, routed networks are not required. All that is truly necessary is a sufficient number of switches (this number might often be only one or two) and the associated Cat5e cabling. Almost any managed switch is sufficient, and high quality isn’t very costly; for instance, an excellent, 20-port managed switch can be had for less than $300 retail. For smaller systems—those in small houses of worship, bars and clubs—a number of analog, AES3 and USB-to-Ethernet adapters are readily available from a variety of manufacturers. These small adapters allow users to integrate computers, instruments and various pieces of legacy gear into an audio network. The adapters are compact, reliable and cost-effective. There’s no reason to abandon beloved instruments, compressors, equalizers or analog power amplifiers—legacy equipment can be easily brought onto a network. In most studio and live settings, the overwhelming improvements in convenience, flexibility and sound quality are more than enough to justify a migration to audio networking. The risks are not generally greater than with analog systems, but, rather, are of a different nature. Audio networking is a natural evolution of the digital technology that has revolutionized audio since the 1980s, and it brings new possibilities to amateurs and professionals alike.

With the availability of a wide range of high-quality, easy-to-use and affordable audio-networking products, now is a perfect time for smaller houses of worship, bars, clubs, studios and performance spaces to begin to incorporate the benefits of audio networking into their systems.