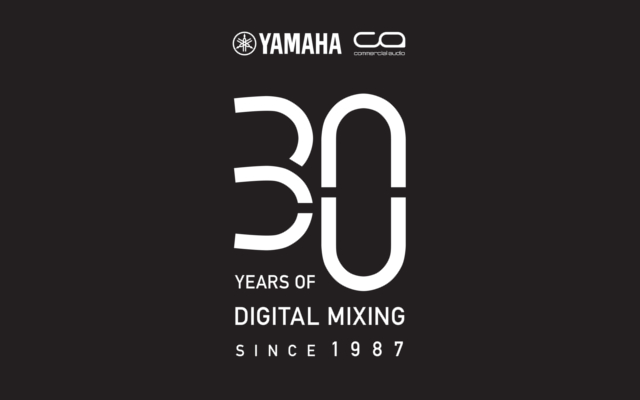 In 1987, Yamaha unveiled the DMP7, a digital mixer featuring Channel Parametric EQ, 2 Internal Effect Processors, a Stereo Compressor, advanced scene memory that allowed instant recall of multiple mix setups and motorized faders that moved with each recall. The DMP7 also represented a significant company milestone: its first digital mixer, providing a solution not only for professional keyboard players, but also for mixing in both live and studio situations. In the intervening 30 years, the company has produced 22 unique series of digital mixers.

Yamaha got an early start in the field of professional mixing consoles with its first PM series analog mixer in 1972, which led to a string of successful launches spanning four decades. Yamaha confidently saw its segue into the digital realm as a natural one, and easily proved that a digital mixer was as reliable as, or even more reliable than an analog mixer. a.

All this innovation paid off in 2007, when Yamaha was awarded a Technical Grammy by the Recording Academy, which recognized the company’s long tradition of recording products, including the REV series digital reverbs; the l NS-10M studio reference monitors and HS monitors, as well the Yamaha DMP7, DMC1000, ProMix01, 02R and DM2000 digital mixing consoles.