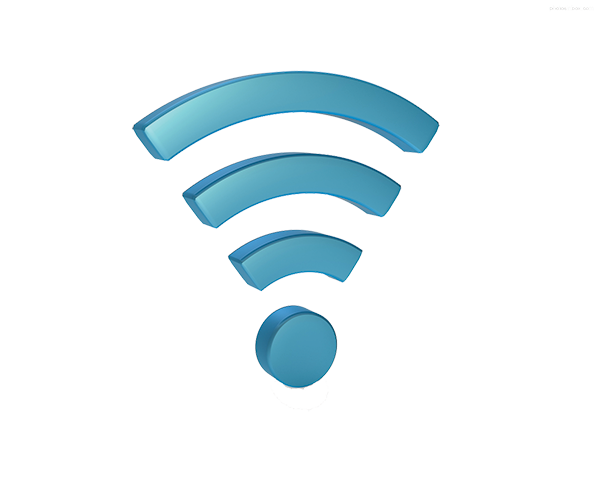 Following up on last month’s column, I thought I’d take a look at trends in wireless connectivity and where everything is heading.

As you read in my earlier missive, the Federal Communication Commission (FCC) is bound and determined to shrink the available radio spectrum for television broadcasting, answering to the beck and call of mobile phone companies, including Verizon and AT&T, and CE behemoths such as Apple, Google and Microsoft. (Well, it sure looks that way, in any case.)

We won’t know for certain how much spectrum will be reassigned until after the March 29, 2016, auction. And that will depend on how much $$$ the bidders want to throw on the table to capture UHF spectrum: TV networks have set some pretty high prices for the reverse auction portion, especially in the Top 5 TV markets.

When the dust settles, we could wind up with a UHF TV band that ends at UHF channel 26 instead of the current channel 51. That will require some awfully tricky repacking of existing stations and make it next to impossible to find space for all of the wireless microphone operations that are essential parts of professional sports, concerts, Broadway shows, Las Vegas extravaganzas, film and TV production, and houses of worship.

Even so, it’s clear that more and more wireless systems are migrating to digital platforms and away from the traditional 15/20/30kHz analog FM approach that’s been in use for several decades. Not only that, the bands of frequencies opening up to these devices now include the 900MHz ISM band and also the 2.4GHz WiFi band. (No word on whether anyone’s attempted to build a 5GHz wireless mic system.)

There are advantages to moving to digital, particularly in coding, compression and filtering. Depending on the digital audio format and sampling/compression system, you can get very high audio quality out of digital systems (broadcast FM signals use a 75kHz swing) and digital coding and adaptive equalizers will overcome multipath and adjacent channel interference.

What we don’t know a lot about is signal propagation for wireless mics at these frequencies. But if experience is of any help, you may find that 900MHz (33cm) and 2.4GHz (13cm) wireless operations are just as easy as they were in the UHF TV band.
The catch, of course, is that the 900MHz and 2.4GHz ISM bands are shared allocations with any number of services (ISM stands for Industrial, Scientific and Medical). Amateur radio operators have an allocation in this band, as do manufacturers of medical equipment. And low-power, unlicensed gadgets abound here; the only rules are that everyone who is unlicensed must accept interference from any other service, licensed or otherwise.

So your future wireless audio system might very well operate on one of these bands. Are they reliable enough for the job? From my perspective, I’d say an emphatic “yes!” for small- to medium-sized room applications.

At these frequencies, you can design very small, directional antenna arrays for diversity receivers that have high forward gain. Consider that a full wavelength @900MHz is about 13 inches, so a quarter-wave antenna, the type commonly used on diversity systems if a flexible “rubber ducky” isn’t already in place, would measure all of three inches. A half-wave antenna, with a lower angle of radiation, would be just six inches.

So, if you are building a permanent 900MHz wireless system with directional antennas, you can come up with very compact high-gain yagi about the size of a #10 envelope. Things get even more compact at 2.4GHz, where a full wavelength is just five inches and a quarter-wave antenna takes up all of 1.25 inches. At this frequency, you can build multiple antenna arrays right into a plastic housing.

Another advantage of the 33cm and 13cm bands is channel width. WiFi radios can use 5, 10 or 20MHz channels, depending on data rates. But wireless audio systems don’t require nearly that much room: Recall that a full-fidelity FM broadcast signal has a maximum deviation of ±75kHz, just .0000001% of a 5MHz channel. A digital wireless audio signal won’t require any more room.

Now, if the idea of sharing frequencies with WiFi transmissions freaks you out, I can tell you that I used a 2.4GHz wireless mic system as a technology demo during a workshop I taught on RF and wireless a couple of months back in Pittsburgh. This product, the Audio-Technica System 10, has been available for a few years, and works with handheld and bodypack transmitters.

I can’t find specific information on the modulation system used on the System 10, although it looks suspiciously like a standard FM carrier on my spectrum analyzer. Here’s how the product description reads: “Frequency Diversity sends the signal on two dynamically allocated frequencies for interference-free communication. Time Diversity sends the signal in multiple time slots to maximize immunity to multipath interference. Finally, Space Diversity uses two antennas on each transmitter and receiver to maximize signal integrity.”
Yes, this is a diversity receiver, as signals at 900MHz and 2.4GHz will bounce off solid objects and create signal reflections and refractions. But with an analog system, only “space” diversity could be employed to overcome interference. Now, with digital coding and OFDM, there are three ways to detect, discriminate and receive the audio signals.
In my tests, the System 10 mics worked as well as a conventional A-T 600MHz UHF wireless rig in a medium-sized ballroom section. No dropout could be heard as I walked around the room and out the far door into an adjoining hallway. Aside from some handling noise with the standard mic, there was no audible noise, hum or hiss.

So, how about wide-open spaces, like football stadiums? (Especially those loaded with WiFi hot spots, such as the 500+ found in MetLife Stadium in East Rutherford NJ?) Wireless operations here on 2.4GHz might be inadvisable for anything other than short distances. However, 900MHz operation can work (the maximum power level is 1W per current FCC rules) and, of course, there will still be some slots in the UHF band for wireless mics…we just don’t know how many yet.

Summing up, we know we’re going to lose some valuable RF real estate soon. What we don’t know is how much or where. And it’s possible that wireless microphone operations may still dovetail with new “white space” transmissions in the re-allocated channels about 550MHz. This is a topic I will definitely revisit in a few months.

In the meantime, I’d like to hear from you about the steps you are taking (or procrastinating about) to handle your wireless audio requirements, post-auction! Send them to pputman@testa.com.