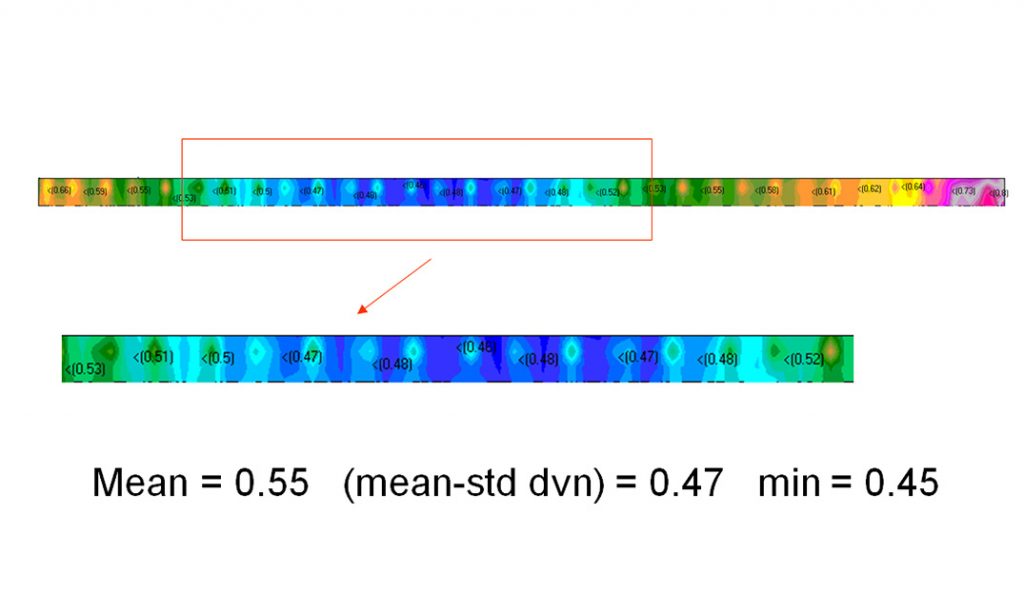 Figure 1. STI plot and statistics for a platform sound system.

In this final part of the series on acoustic numbers and the absurdity of some of the reported and published data, I will finish with possibly one of the most concerning issues in this respect—Sound Transmission Index (STI) values and assessments. I say “most concerning” because STI is the main method for rating the potential intelligibility of life-safety and emergency communication systems. Part of the problem stems from the fact that the STI requirement is often poorly specified and ambiguous. For example, “The STI must be 0.50.” Is that everywhere in the space, including under the office manager’s desk or in the stationery cupboard? Is it an average value? What if the measured value turns out to be 0.52? Is that a failure because it is not 0.50? Now, common sense says that, of course, 0.52 is permissible. However, lawyers rarely seem to demonstrate that virtue—especially when they see that they can win a case on a technicality!

Moreover, most engineers and consultants do not measure or predict STI correctly in the first place. That’s another story for some other time, though. All I can say here is that it is not just a question of playing a STIPA signal through a sound system and writing down or believing the result the meter shows. Equally, most prediction programs positively encourage you to get the wrong answer! Again, it is not just a matter of hitting the STI tab and believing the result.

Just as with the other acoustic measures I have been discussing over the past few months, STI values are often misused and abused. For example, I often see values quoted to three decimal places. That shows a complete misunderstanding of the concept. First, the just-noticeable difference for STI, studied under ideal laboratory conditions, is 0.03. Second, typical measurement variations are 0.02 to 0.03; thus, to talk about the STI value to three decimal places is to be an order of magnitude in
error. Just because the meter or program gives you that value doesn’t mean you have to use it! All it does is show that (a) the programmer didn’t understand the concept, and (b) the operator didn’t, either, if he or she reported such a value.

A secondary problem, however, is how best to quantify the STI for an area or a space. The STI often varies noticeably. So, how can a system be assessed in a simple (foolproof?) manner that doesn’t require a degree in statistics, and that doesn’t take a week to calculate the result, as some other sound system criteria and standards do? Clearly, the average value for the space could be readily calculated and reported; however, in practice, that can be a pretty meaningless value. Adding the maximum and minimum readings can add further information, but it doesn’t really help unless the locations of the minima are known.

Take, for example, the STI plot shown in Figure 1. It is actually for a railway platform PA system, but it can be used to demonstrate many other situations (e.g., a shopping mall, an airport concourse, etc.). The specified and contractual requirement was for the STI to achieve an average of 0.50 STI—a requirement, one might think, that would nominally ensure that everyone on the platform would be able to hear and understand the announcements. The mean value for the system shown is 0.55. Great! Well inside of the specification!

However, closer examination of the data shows that the STI values drop to around 0.46 to 0.47 in the highlighted section (blue contours). In fact, the minimum point is 0.45 STI; the maximum is 0.79. So, on the same platform, the STI ranges from a poor (but understandable, with some difficulty) 0.45 to a stunningly good 0.79. The outcome, therefore, is not what was desired; nevertheless, it met the specification.

A better way to specify the required STI might have been to set a minimum value together with the average value. However, as can be seen in Figure 1, that can lead to large areas of poor sound if those minimums are counteracted by areas with high STI values. In fact, in the present case, it would be quite possible to have a large area of completely unintelligible sound and still meet the 0.50 average criterion!

Clearly, a better way to define the required STI is needed. Although it can often be unnecessarily restrictive and expensive to achieve 0.50 everywhere (particularly where people are free to move about, such as in a shopping mall, concourse or circulation route) a minimum value and some designation of the area would resolve the issue. After floundering for a while, many authorities and standards have now adopted the latter approach. An example would be to require the average STI for a space to be ≥0.50 STI, but with a limited area (e.g., 10 percent) that can be below that, provided no point is below 0.45 STI. On the face of it, that would seem to be a quite sensible and fairly watertight requirement. But is it for the empty or low-occupancy condition, or for when the building/space is occupied?

The introduction of people into a space can have a huge impact on the resultant STI. Take, for example, a concourse or a mall. Often, there is little acoustic treatment present; however, if the STI criterion is specified for the unoccupied condition, then treatment will be required. (Whether the cost for this is in the sound system or building budget is moot, and it’s a point we will not venture into here.)

Equally, when people occupy such a space, the ambient noise level increases. So, must the STI be specified with the additional background noise present? That would seem logical…. But, if the noise from the occupants is to be taken into account, then surely the additional sound absorption of the people also must be included! That, however, introduces a whole set of new variables and several unknown factors. This generally means two different designers/assessors will come up with different answers and, often, each with values to a meaningless three decimal places.