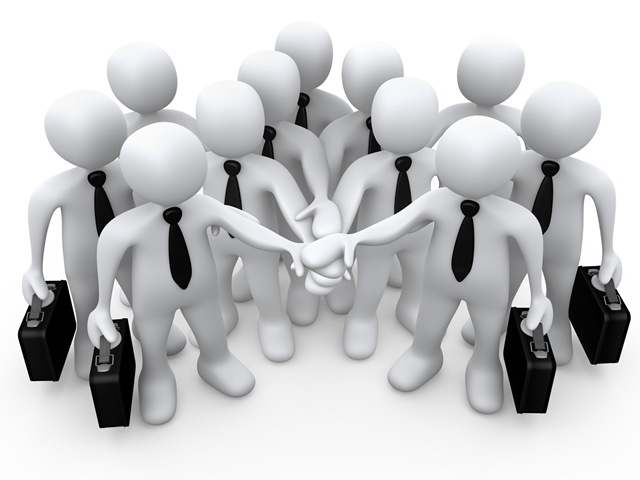 I want to address what I think is an interesting issue, at least to me. I want to talk about…talk! That’s right, talking; we all do it, some better than others, and we all have our own style of both delivery and duration. So, when it comes to talk, when is enough enough?

Has anyone ever said that it takes too long for you to get to the point? Has anyone said that you talk too much? Are they right, or just impatient and/or not good listeners? I guess it depends, but I have a great story that can help clear this up.

I want to start this story by saying to those who read the piece I wrote in May (under the “It’s Just Personal, Not Business” title) about my mother’s passing, thank you for your kind words and readership. In that piece, I gave some advice: Tomorrow may never come, so don’t wait too long to let your loved ones know how you feel.

My father passed away a few weeks ago, quite suddenly, too. But you know what? I took my own advice: A few weeks before he passed, I called him just to say hello, since I had not heard from him in a while and he lived out of state. Although he is no longer with us, it is comforting to know that we spoke recently.

The story begins around the time I received news of my father’s passing. My family and I decided we would all attend the funeral, meaning we were about to take a 900-mile road trip. Before such a trip, I always take my car in for service at my local Tires Plus, which has been under the same management for years. Oil change, check fluids, noises, tire rotation, etc., just to be safe.

This time, I had my wife bring the car in because I was in the middle of a project I had to finish before we left. I did not check anything out myself (I should have) and relied on this being done right. We left late that evening, and it turned out to be a 16-hour trip, straight driving with a few short stops for food and restrooms. We were out of town for four days; it was not pleasant, to say the least, because of all of the personal stuff we were going through.

The day after the funeral, we headed out at about 6:00am for our journey home. About two hours into the trip, we stopped for gas, and I took a walk around the car. Lo and behold, I spotted major wear on the left front tire, on the outside edge…I mean major, like I felt we would not make it back without a blowout! With five kids and my wife in the car, I was not about to leave this to chance. In fact, on the way up, a full-size Chevy pickup had a blowout right in front of us. Debris flew, and the driver almost lost control of the vehicle…he could have easily flipped at 75mph! Wow!

I got out the cell, searched Google for a Tires Plus nearby, and there was one just three miles away. We got there thanks to the Google Maps app, and I have to tell you that it was quite convenient. Chalk that up as a plus in my mental account of digital things in our lives that are actually good.

It was Sunday morning before 8:00am when we got to the Tires Plus, and they were open (wow, another plus). I met with the attendant who said they would check out the tire (they found the receipt from the other location) and check the alignment. They knew they had just rotated my tires 1000 miles ago, so I wanted to know why my tire wore so much so quickly (after all, I just had the tires checked and rotated, so how could they have missed that?).

Two hours later, with the kids climbing the walls, the attendant said he was done. There were some issues on the front end and he could not adjust the alignment, but he told me it was safe to drive the car as-is. Just leave the tire, no worries, he said. I called my local Tires Plus to check with them, and was even prepared to send a picture. I talked to a guy named Steve, and he told me if the attendant said it’s safe, then it’s safe! And there’ll be no charge for the inspection, as well.

But no, I was still not happy. So, I talked more to the tech in front of me about the issues with the tire and how all of this could have happened in the first place. I call that collaboration, and frankly, I have found that, when I talk about a subject more than once, back and forth, ideas come to me. In this case, I had a clever idea: If the outside of the front left tire is bad, and the front right tire is normal, why not switch the left and right front tires so the left tire won’t continue to wear out? The fresh tire would be wearing down, not the one that is already worn down.

I thought this would be safer and, of course, wondered why the “experts” did not recommend or think of this. Why would I keep driving on a worn tire, and keep it in the same place so it would wear down more? Why would an AV engineer have a better idea than the experts at Tires Plus? It’s because good ideas can come from anywhere and anytime.

The attendant listened to my solution and agreed. We were on our way after swapping the tires around. I really felt safer, and I told my wife how, if I had not felt uncomfortable about driving on the worn-out tire and had not kept talking and talking until a solution came to me, we could have been driving on Tires Plus’ recommendation, and the pickup truck blowout we witnessed could have been us. I was quite proud.

Nineteen hours later, we arrived home. (FYI: I do not recommend driving with five kids in a minivan for 19 hours straight. Avoid it if you can!) In terms of cost, it was just that seven plane tickets would have cost thousands of dollars vs. $175 in gas (On this trip, I actually saw a gas price of $1.79 a gallon). In daylight the next morning, I checked the tires, and lo and behold, there was no wear on the tire that was swapped in the front! What was up with that? Could the tech at my local Tires Plus have just not noticed the excessive wear on the tire, and rotated them anyway? I didn’t know what to make of any of this, so off to the local Tires Plus where the work was done.

I met with Steve, the tech I spoke with on the phone earlier, and we went over and over it, trying to determine what the actual issue was. But this time, the clever idea did not come from me, it came from Steve, and it was something that everyone involved was missing the whole time! Steve looked at me and said that we had it all wrong: Because we just rotated the tires, that meant the worn-out tire came from the rear, not the front, and that there was no issue with the front! The way I remember it, rotating tires meant crisscrossing them, but Steve told me that now they typically just do tire rotations front to back. So much for my clever idea. It had no effect on our trip. So we checked the back left tire and, sure enough, from the 2000 miles I just drove, it had started wearing out!

The problem turned out to be a nonadjustable alignment issue on the rear, and from now on we will have to take great care in rotating the tires crisscross style, and not front to rear, to spread the wear around all four tires.

The point I am trying to make here is that, in both instances, had I been just a typical guy and not prone to discussion, these things may not have been figured out. Only after pressing an issue and going back and forth over the details did the answer come.

So, to all you complainers who say people like me talk too much, I say, no, it’s really collaboration, and good comes from it! And if you naysayers could just listen and engage in the conversation instead of making too quick a decision and moving on to the next thing, it would be a better world. In addition, when it comes to you and your own safety, if something feels uncomfortable, press the issue. Although it turned out not to have mattered this time, it could have. I also want to give a shout out to Glen and Steve from my local Tires Plus. They apologized for missing the wear, and gave me not one, but two free tires for the inconvenience. It’s not typical of me to shout out a business by name like this, but I really find it quite convenient to use this national chain for my typical repair and maintenance issues. They really are a good outfit, in my opinion, of course!

Can you recall a time when you arrived at a solution only after pressing the issue? Do people accuse you of talking too much when you’re trying to collaborate on the best possible solution? If you have comments, examples or stories you would like to share, please send them to me at dkleeger@testa.com.