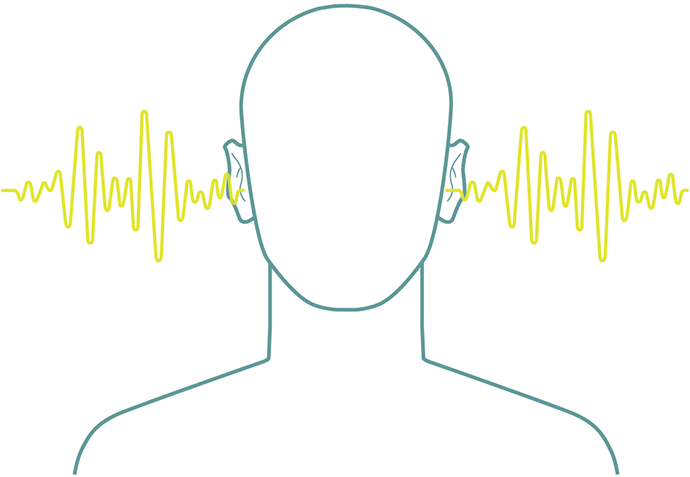 Audio education and product training are of vital importance to the success and development of the audio industry. I have discussed that in the past, and I’m actively involved in the process—these days, mainly through the Audio Engineering Society (AES) or through specific seminars and talks in Europe. I, too, however, must keep up to date, so I regularly attend lectures, seminars, conferences and audio-product seminars.

I’m an old analog-audio guy, but I’m very familiar with digital signal processors. Nevertheless, the nitty gritty of audio networks leaves me pretty cold. Having transitioned from CobraNet to Dante, with the hiatus between them, I will run a mile if you mention a spanning tree protocol or subnet mask. However, as a systems designer, I can’t ignore those things. (Well, actually, I can. I just draw black boxes and connect them together with a mysterious line that says “Ethernet.” If pushed, I will mention switches and Cat6, but that’s as far as it goes). So, when the opportunity arose to attend some free network training, I jumped at the chance. Well…not exactly jumped. I dragged myself there would be more appropriate!

That was more than six months ago. But, from what I remember, the seminar was very good, and it was delivered enthusiastically by an audio practitioner, rather than by a network specialist. So, we were spared some of the more gruesome details of network protocols and the like, concentrating instead on practical issues. I made some notes, and I can just about decipher the words “unicast” and “multicast,” followed by a bunch of hieroglyphics. I asked if there were any handouts, or if copies of the slides could be made available; in response, I was told that “was against company policy, as other companies might use it.”

Although that is possible, it doesn’t take a genius to figure out a way to make stealing materials difficult while still enabling attendees to use something as a basis for remembering the key aspects presented and discussed. Now, six months later, I can honestly say that I haven’t a clue what was presented or the main tenets of the topic. Some bits of information (pun intended, belligerently) might have lodged themselves in my gray matter subconsciously; however, as to the main substance of the topic, I have no recall.

So, was that a good investment of my time? Regrettably, no, I have to say it wasn’t. Could it have been, though? Yes, absolutely, it could have been. I just needed something to assist my learning of what, frankly, to me, is not a very interesting topic. A handout on which I could have made notes, and which I could have retained for future use and occasional perusal, would have assisted me greatly. That would have changed what I now view as a negative experience into a positive one!

If you’re trying to train or educate people, you must understand how people learn, and you must know the variations among individuals. Just to stand up and talk for five hours, no matter how eloquently, will not enable many people to retain the 200 to 300 bits of information thrown out into—or shall I say, “multicast to”—the audience. Now, I’m sure there were quite a few people in the room who “got it” and who have been happily configuring audio networks ever since. However, I suspect that the majority of those who attended are in my boat, having retained little of what was presented.

Now, let’s say there are 15 of us in the category of those who retained little. That’s 15 man-days of abortive time and associated costs. Will the 15 make the effort to attend another seminar to expand their learning and bring new expertise back to their firms? From the seminars I give, I know the struggle that some in this business have in obtaining authorization to attend. Additionally, we can ask whether it was worth the presenter’s time, given the result.

I wondered if my lack of retention was due to the unfamiliarity of the subject, combined with the lack of an immediate need to use the information. Quite possibly so! The problem with the topic is not only must you try to understand the practicalities of it, but you also must learn a whole new language at the same time. That actually made me think about how I teach acoustic-related subjects. Provided the attendees are not architects—and, let’s face it, an architect would never come to an acoustics seminar—I just assume that the audience is familiar with basic terminology, such as decibels and frequency. Thus, to my thinking, I’m there to provide the new stuff, such as reverberation time (RT) and speech transmission index (STI).

A brief digression: You might have noted the lack of a “60” after the RT (subscript or otherwise). There is no such animal as RT60. RT, yes…T30 and T20, yes…but RT60, no. This comes as a surprise to many—especially in the US. Frankly, it doesn’t matter to me what it’s called, as long as everyone understands what is being talked about. The Polarity Police get short shrift at my door. (Those are the guys who stand up with an air of superiority, sneeringly admonishing lesser mortals such as we, telling us that the signal isn’t out of phase but, rather, that it’s out of polarity.) I don’t care. Everyone understands what is meant, and that is the point of communication—to understand what the other person is saying or meaning.

That digression brings me to another type of training I attended. It was actually very product specific, which was fine, given that it introduced me to the item and let me understand something more about its application. Perhaps I should add that it was an acoustic-based product and, although I have no immediate need for the product, the concept behind it fascinates me and it’s right up my alley. The big takeaway for me, however, actually had nothing to do with product; rather, it was the manufacturer’s installer certification procedure that followed the nearly six hours of presentations.

Once again, neither notes nor any copies of the presentations were provided. Instead, it was expected that the attendees would be able correctly to recall some 60 or 70 features of the product range and some reasonably spurious (i.e., only vaguely related and, in several instances, incorrect) associated acoustic information. It was done by means of a multiple-choice-question test that broke every rule in the book for the construction and implementation of such tests. If the intention was that certain key features of the devices be retained for later regurgitation, rather than to obtain a general overview of the technology and its application, then the “training” should have been conceived and implemented to do that. To mention more than 60 key features in passing and to expect them to be remembered is completely different.

Again, whether this training met its goal depends entirely on the background of the candidates and their potential use of, and interaction with, the product. As an acoustician and systems specifier, I had a very different take on the information presented as compared to, say, an installer. I was interested in the decibels and the interaction with the acoustic environment; the installers were interested in the size of the fixing screws and the custom brackets. Neither group was particularly bothered that the unit was available in three colors, but that information was rated as being of equal importance to other, more fundamental, aspects of how the system worked (and when it wouldn’t work)!

For me, the most concerning part, however, was that, at the end of the test, there was absolutely no feedback—no chance to see which answers we got wrong and no chance to learn something from those mistakes. (That opportunity would have been particularly important, given the ambiguity and poor framing of many of the questions.) What a lost opportunity! What an insult to the time given up by those who attended. What a lost positive educational experience! What a potential PR disaster!

So, if you’re involved with audio training, just step back and consider why it’s being done, what it should achieve and the best way of doing that. Education is the art of drawing out information, not ramming it in!