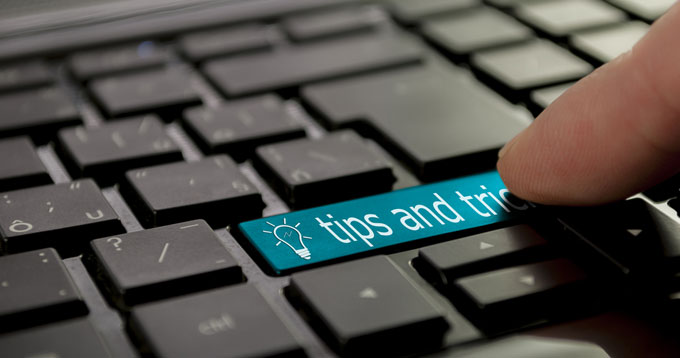 About two-and-a-half years ago, an associate of mine—let’s call him Eddie—got a great gig (he thought) with an IT firm that was dabbling in AV, but in a big way. (By that, I mean the firm was winning large government military contracts, and it was looking to grow that effort.) The annual pay, with commission, was six figures. All was good, so Eddie thought. I thought differently, though. I saw the distinct possibility that just a few less contracts being awarded could mean the difference between working and not—and much of the work was seasonal.

I tried to influence Eddie to urge his company immediately to take advantage of his sales history in the education and corporate markets, and to start looking, even once a week, for design-build projects. My theory was not being diversified could lead to serious issues, and fast! Diversifying your business, so you can leverage your team’s areas of expertise, is always smart. Having separate revenue streams ensures continued income during fluctuations in the different markets you serve. The firm did not take that advice, though.

Then, at the start of a small downturn, I advised Eddie to start to look for work. In my opinion, it’s better to look while employed than when unemployed. He didn’t take that advice, either. Lo and behold, six months ago, I got the call. Although it was amicable, and the IT company paid all his earned commissions, he had been fired. The company, citing the loss of a few large projects, said it could not maintain its full staff—and he was the most recent hire. Ouch! It turns out my predictions were accurate after all. I dare say that, had the company and he taken my advice, Eddie might still have a job.

On the subject of advice, I have some for you if you’re considering working with churches, or with bars, restaurants and nightclubs. For many integrators, some of their worst experiences have been with those types of clients. You know the drill…. Churches have committees, meetings, last-minute changes, hoops to jump through, the resident sound or video expert, etc. Bars just don’t pay you, or you have to be there on Saturday night at 3:30am to be paid; if not, when you go there Monday, they’ll say, “We spent all the money!”

Here are some tips for those who work with churches. First, and perhaps most important, is documentation. I’ve used a questionnaire to gather information at the head end and document everything; that way, everyone has a “beyond clear” understanding of what will happen. [If you want a sample of the questionnaire, visit Doug’s Docs for free downloads.]

The second tip is to allocate the appropriate amount of time to the project. Inherently, the church is spending other people’s money, and it has committees and stakeholders to go through. All of that will take time.

The third tip, which complements the other tips, is to know when to walk away. I have written on this subject before. [See September 2013’s “Red Flags” and August 2011’s “When Does No Mean Yes?” for more detailed examples.] When your gut tells you that the client will never be satisfied, or the client feels you should do the project at your cost, you shouldn’t walk away—you should run away!

Let’s turn to tips for working with bars, restaurants and nightclubs. I know, I know…you’ve taken an oath never, ever to work with one again, right? Well, those venues have worked for me; let me tell you how to do it.

Many, many club owners were ripped off by contractors who just didn’t do what they said they were going to do. (I found that out very fast.) So, some owners were very hesitant to trust me, even though I came highly recommended. So, the first tip is—you guessed it—documentation at the head end. It doesn’t necessarily need to be as detailed as for a church, but it should be detailed nonetheless.

Here’s the second tip: The bar manager or DJ can make or break the deal. Develop a relationship with him or her. Typically, in a working-class community, if you wrong one person, word will get around. On the other side of the coin, doing the right thing will lead to many referrals from managers and DJs, as well as the owners!

Third, and most clever of all, can be summed up in one word: lease! Yes, lease. You see, many small restaurants and clubs can be your lifeblood in lean times…unless they don’t pay you. And, frankly, they’re typically looking for some extra time to pay. I found out the hard way that, when it comes to being paid, selling systems and financing them can be problematic—especially when they lock the doors and close! So, I developed a different method, and it’s worked great. Instead of selling the system, I would tell the customer that, if he or she couldn’t pay in full upon completion, the system would be leased.

Imagine a system with an estimated net cost of $60,000. Without the lease, the client could purchase the system for $100,000 upon completion. Alternatively, he or she could lease the system for $50,000 down, with an 18-month pay plan at $135,000 total, with buy-out options at 12 months ($125,000) and six months ($115,000). That gives an incentive to pay off early. Now, here’s the key: In the lease, it must be clearly stated that, if payments are missed, the integrator has the right to remove and take ownership of all the equipment…and keep the money paid. You also must file UCC-1 forms with the county you live in (at least, I have to), and you can get a sheriff to enter the premises and reclaim all your gear.

You might be thinking, “Why would they sign that?” Well, it’s because the client needs the equipment and, by offering financing, you’re really providing a service. When the client asks about you keeping all the money and reclaiming the equipment in the event of a default, look that person in the eyes and ask, “Are you going to make all your payments, no matter what?” When the client responds, “Of course,” say, “Well, then, you have nothing to worry about.” Then give the client a pen and have him or her sign. That’s it! It’s always worked. They’ve always said they were going to pay, and only rarely have I had to go and get my equipment back.

Of course, I recommend that you work within the laws of where you do business. You should use an attorney for your lease contract.

If you have any tips and tricks you’d like to share, please send them to me at dkleeger@testa.com.