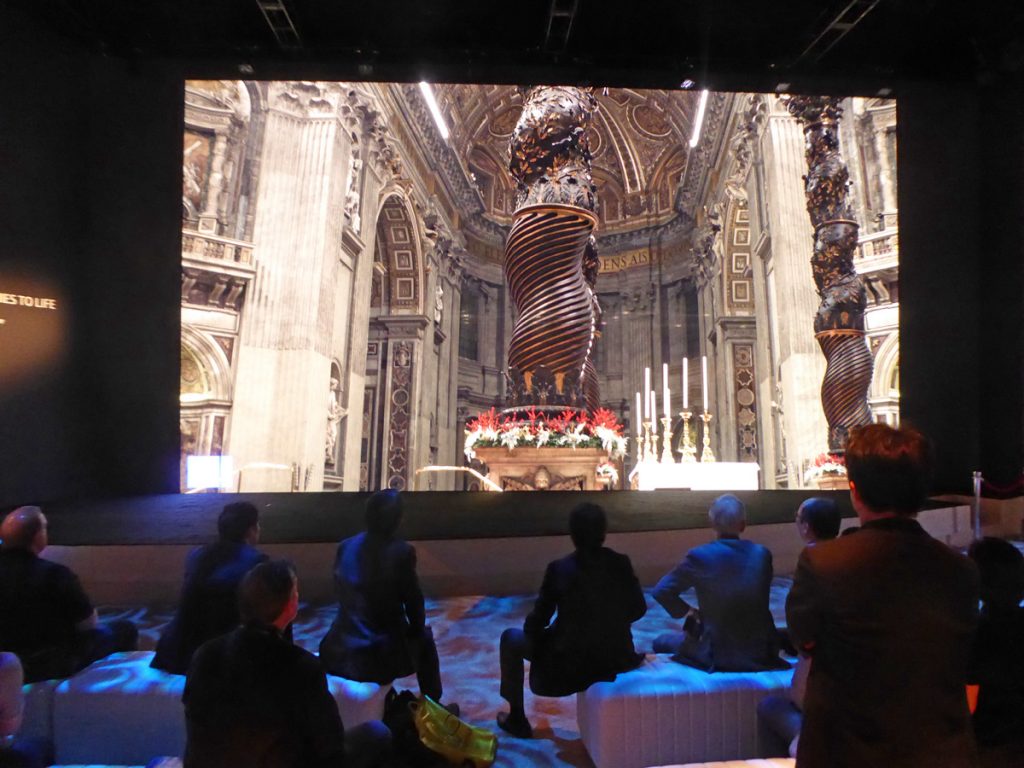 A recent news item that caught my eye talked about how Apple (you know…iPods, iPads and iPhones) is supposedly developing its own display technology for phones and tablets—one based on MicroLED emissive technology.

MicroLED is all the buzz right now. Sony’s Crystal LED videowall is not technically a “micro” LED display, but it does come close. Samsung’s 146-inch “wall” display at CES (and, one would presume, at InfoComm) also uses tiny LEDs, but it’s more in the range of “mini” than “micro.”

Still, this new way of manufacturing LED emitters on top of a substrate—junction and all—has the potential to turn the display industry upside down. The LEDs used in these displays are inorganic, unlike their sexier and better known organic cousins, OLEDs. However, unlike OLEDs, the materials used to produce different colors with inorganic LEDs are quite stable over time.

They can also run a heck of a lot brighter. The white OLEDs used in large TVs (which all come from LG Display’s factory in Paju, South Korea) generate light from a combination of blue and yellow emitters. As you might remember from high school science classes, blue + yellow = white. The catch here is determining the life to halfbrightness of the blue emitter, as blue
OLED materials typically age the fastest of all colors.

There’s no such issue with inorganic blue LEDs, which are already in use to power LCD TVs with quantum dot enhancement films. The blue photons stimulate red and green quantum dots, while also providing the blue color needed to achieve tristimulus color mixing.

They generate as much as 30 times the amount of light that a comparable OLED emitter does, which is not an insubstantial number. The small-area full-white brightness rating for a 55-inch OLED TV is between 600 to 800cd/m2. That would put a comparable MicroLED array at 18,000 to 24,000cd/m2, which should be enough to get a nice tan while watching video.

So why isn’t everyone jumping on this bandwagon? First off, there isn’t any bandwagon yet. MicroLEDs have proven to be notoriously difficult to manufacture, with researchers trying everything from chip bonding to wafers bonded to substrates. Secondly, if you’re serious about getting into MicroLED research and development, you’d better have some deep pockets!

And, if anyone has deep pockets, it’s Apple. As of this writing, the company has a market valuation of nearly $900 billion. (Even Dr. Evil would have trouble getting his head around that.) With Apple being a market leader in mobile electronics, it stands to reason that the company would want to be on the cutting edge.

The company’s latest iPhone—the Model X—uses a flexible OLED display manufactured by Samsung, a company that is often at loggerheads with Apple over patent cases. Alas, the iPhone X has seen tepid sales, which has cut back on shipments of OLED screens from Samsung and negatively affected the latter’s revenue for this year. The Apple Watch also features an OLED screen.

But I digress…. Apple, which has outsourced its displays for the 11-plus years it has been making smartphones, is apparently rethinking its component sourcing. Witness the company’s recent announcement that it would begin to develop its own
chips for Macs, rather than buying processors from longtime supplier Intel. (The announcement sent Intel share prices into a tailspin for a few days.)

This decision was a deliberate one, starting with Apple’s acquisition of LuxVue in 2014 and continuing with the establishment of a technology development center in Taiwan shortly after. The intent of Apple was to see if it, indeed, could design and fabricate displays on its own—which it did, with some limited runs of LCD screens.

According to a story from Bloomberg, Apple engineers were able to build a small number of Apple Watches using MicroLED screens last year—not enough to go into full production, but enough to determine that the effort was feasible and financially viable. Hence, the 60,000-plus-square-foot facility in California, where engineers are not only building MicroLED screens, but also manufacturing the actual LEDs—the tricky part.

Keep in mind that the primary advantage of MicroLED technology is lower power consumption with extremely high pixel density. That’s why you are unlikely to see MicroLEDs used in videowalls and standalone displays. The pixel pitch is so small that you’d only notice it with a high-powered microscope.

With a chip size of .003mm2, Sony’s Crystal LED, built out of 16″x18″ cubes, approaches the resolution of a true MicroLED
wall. It packs 7680×4320 resolution in a screen about 30 feet wide, although the high-gloss finish reflects so much light that some engineers I’ve run into said it can’t be used on a broadcast set.

As far as Samsung’s Wall goes, it was impossible to get any details out of booth representatives at CES as to the actual chip size and pixel pitch. My more learned industry colleagues figure the pitch is well below that of fine-pitch walls, but probably not in the true “micro” range. Still, packing 8K worth of emissive pixel technology into a 146-inch diagonal screen is impressive.

How soon are we likely to see an Apple (orany other) mobile product with a MicroLED screen? Not for a few years. Apart from the low manufacturing yields—which won’t get much better any time soon—the first batch of MicroLED screens will be at a significant cost disadvantage as compared to existing, cheaper LCD and OLED screens. Smartphones are expensive enough, and they don’t have to get any pricier!

Will Apple become a display manufacturer, in addition to a CPU manufacturer? Only time will tell. But it hasn’t been wise to bet against those guys in Cupertino CA….