Checklist Item Under Test: 6.2.5: The average STIPA measurement has been recorded at each location on the test plan, and is greater than 0.62 for all listeners.

Reasoning: Speech reinforcement systems are meant to be understood by listeners, especially public address (PA) systems in buildings like airports, shopping malls or any public area with life-safety requirements. The listeners should be able to clearly understand the presenter during training, during conferences and, most especially, when there is an emergency. Measuring intelligibility has become relatively inexpensive and very efficient in terms of time per test. Using a handheld instrument, it is possible to determine the intelligibility of audio systems in seconds. More people should take advantage of this fact, even when lives are not on the line.

The Story: Have you ever wondered how to measure the difference in ability to understand speech in a fine-tuned home theater versus a middle school gymnatorium? Hopefully, it is incredibly more pleasant and less tedious to understand the spoken word in the home theater rather than the gymnatorium, even without the screaming kiddos. But how can we measure that difference?

You guessed it! Today, I’d like to talk about intelligibility. We are all comfortable with measuring how loud a system should be, maybe even preferred equalization curves to make the system sound pleasing to the ear. But, how do we measure how intelligible the system is? I present to you the Speech Transmission Index for Public Address test, or STIPA (/stee-puh/) for short. It is also known as the test referred to by the following phraseology: “Do you understand the words that are coming out of my mouth?” (Chris Tucker as Detective Carter, Rush Hour).

Speech intelligibility is measured by playing a known signal through the audio system and measuring the accuracy of that signal as it reaches the test positions.

Factors that will influence the intelligibility of speech include:

STIPA provides us with a standardized method to determine intelligibility that takes into account all these factors.

Taking the measurement is simple. A modulated noise signal is played through the system, either with a standard talker, generator or WAV file. The analyzer compares what is heard through the system to the known modulated noise signal to determine the transfer function of the system. That transfer function is the system transmission index, a value between 0 (no intelligibility) and 1.0 (a perfect reproduction). The goal is to achieve an index of 0.6 or better for good intelligibility to satisfy the IEC60268 intelligibility standard for public address systems.

There are some things we need to keep in mind when measuring STIPA:

STIPA and IEC60268 are meant for public address systems. However, that doesn’t mean you have to use it for public address only. I’ve used STIPA measurements through audio conference and videoconference systems. It doesn’t satisfy any standards, but it gives me a good idea about how accurately the system is reproducing the signal from Room A in New York to Room B in Hong Kong. It also allows me to put an intelligibility number on conference systems when a client says, “This room sounds funny” or “It sounds like an acoustic toilet bowl.” Does that mean the far side has poor microphone deployment? Does that mean the audio in my local room is jacked up?

Using STIPA to measure how “funny” or “toilety” a conference system sounds gives me additional clues during troubleshooting, as well as piece of mind for my clients. Imagine being able to respond to the client, “Well, we tested with London and your conferencing system has an STI of 0.74, which is excellent intelligibility. There must be something wrong with the Dallas office.” You don’t have to rely on subjective, uneducated descriptions of sound anomalies with proper tools.

If you’d like to hear more about STIPA, check out the sister audio blog to this article at www.soundandcommunications.com/stipa-and-intelligibility. 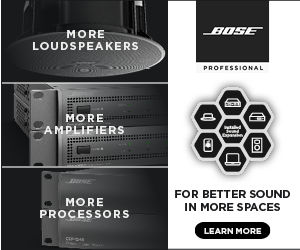 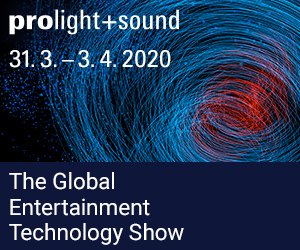