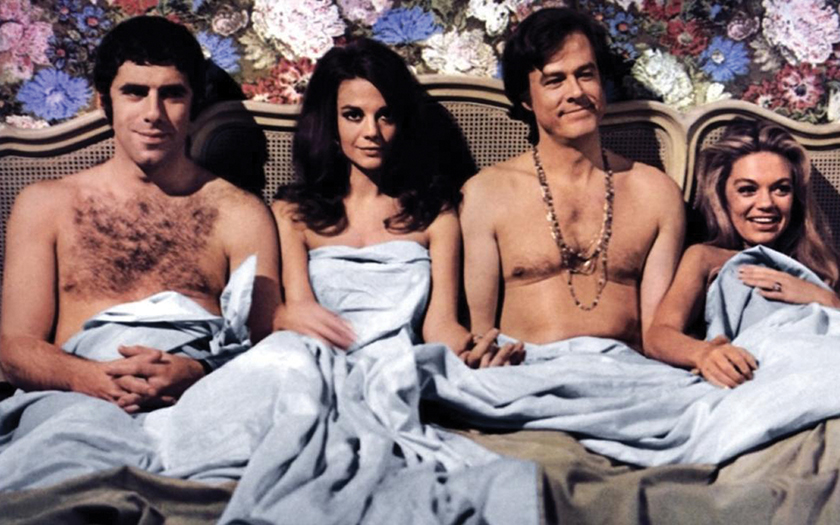 Often you hear the expression, “Things happen for a reason” or “Things work out for the best.” Well, sometimes, I really do believe that…and I feel that way now.

Back in July 2015, I was introduced to a fellow consultant who had an interesting situation that he, believe it or not, asked my friend, “What would you do?” Well, after hearing the situation, my friend sent it my way to see if it would be a good fit for my column.

I shelved it for a few months, or so I thought. Here we are, 18 months later, and the timing is “just right” because it is trending with my series about folks selling services they cannot provide for a profit (see “Piece Of The Pie,” October 2016 and “Can I Have A Gibbs Head Slap?,” September 2016).

As far as the “players,” we have a consulting firm (a husband and wife team, let’s call them Bob and Carol of Gould Consulting) specializing in large, complicated systems, and a custom manufacturer of hardware often used by Gould Consulting (let’s call him Ted of Culp Manufacturing). At this point in their relationship, Bob and Carol had not met Ted’s wife, Alice.

Bob has referred Ted on numerous projects as a vendor of choice, which has manifested itself into a few hundred thousand dollars’ worth of contracts. Bob referred Ted because of the company’s product and quality of workmanship. In addition, at no time did Bob ask for any compensation, spiff, commission, finder’s fee, payoff, stipend, margin, piece of the pie, kickback or cut of the monies Ted would charge and collect for the work and equipment he provided.

In February 2015, Ted contacted Bob and Carol, asking for facetime to discuss a number of business opportunities. A dinner was scheduled, with Ted set to pay for dinner, as well, sweetening the pot!

It turned out that Ted had been consulting for a local gas and electric utility (let’s call it EMG&E). He was taking them on tours across the US, looking at control rooms. It was further explained by Ted that they were paying him rather well to be their guide on this journey of theirs, “benchmarking.”

Ted then disclosed that EMG&E is ready to hire a design consultant to develop some projects they had in mind. They were looking for not just comprehensive bid specification documents, but a consultant who would work closely with EMG&E through the entire process.

Bob and Carol were thrilled with the prospect of possibly working for such a client on such “complicated and demanding” projects, as well as getting a referral, making Bob and Carol’s relationship with Ted a two-way street (don’t worry, Alice will be here soon).

All agreed that a meeting would take place at EMG&E where Bob and his firm would be introduced by Ted as a (choice) design consultant being considered for their project(s). All good so far: Ted is working with a client and knows his limitations…and when it comes down to the “details,” he wants to bring in an “expert” (Gould Consulting) so things are done right. Then Ted sent Bob an email discussing in advance some of the possible outcomes of the meeting.

The gist of this was that, either Gould Consulting would work under Culp Manufacturing as a subcontracting consultant (this is what Ted thinks is likely due to the requested time frame and because there is already a contract between Culp Manufacturing and EMG&E) or, at the client’s request, Gould Consulting would work as an independent hired directly by EMG&E under what was termed as “various capacities.”

Furthermore, Ted mentioned that, in the event the latter option was chosen, he expected to receive “margin” money. Ooops! I take it back that all was good…maybe. What is margin money on a referral? Is it a finder’s fee, a onetime payment or is it something else, such as a fixed markup to a fixed rate a client is charged, with the additional charges for a specified period of time paid out to the referrer?

The introductory meeting took place onsite at EMG&E, and Bob and Ted agreed it went well, not knowing what the outcome would be. At the meeting, EMG&E did not disclose any hint of its direction, just that any decisions would be forthcoming.

A few days later, Bob received a call from EMG&E’s project manager with the good news that the company wanted to hire Bob. And not only that, Gould Consulting would be hired directly to work independently of Culp (and any other) firms and as technical advocate (the company was looking for guidance as it modernizes). Another meeting was requested, this time without Ted.

At that meeting, Bob learned some typical, and not so surprising, details: Several individuals within EMG&E management felt uncomfortable paying Culp Manufacturing as a Project Development Consultant when Culp was also the fabrication company that would almost certainly be bidding on large portions of the upcoming projects.

Wait, there’s more! EMG&E also felt uncomfortable that Ted’s wife, Alice, was in charge of selling a major manufacturer’s display devices, specifically designed for control rooms…coincidently recommended by Ted to EMG&E…and were featured in the benchmarking tours EMG&E was taken on by Ted. Hmm…anyone see any conflict of interest here?

Here’s an actual quote from my notes with Bob: “EMG&E poignantly indicated to me that they turned to my firm as an independent, non-aligned, neutral source of trusted advice and guidance. Thus began Gould Consulting’s long-term consulting role at EMG&E as a trusted advisor.”

Ted did not see this coming, although he mentioned it as a possibility, and it gets worse…for Ted, that is! EMG&E executives then explained to Bob that they decided to pull the consulting agreement and funding they had with Culp Manufacturing and switch to Gould Consulting. Documents were sent to third parties (like Culp Manufacturing) that EMG&E was moving onto a programming phase followed by additional requirements and, ultimately, the development of a bid set, and that any and all communications should be directed to EMG&E’s project manager for those wishing to bid.

Bob shared some of this with Ted, but not the conflict of interest concerns (sparing him the embarrassment of what should have been obvious to him), and then the emails started. Ted wanted specific monies and sent the first email about this subject after finding out about the new arrangement. I quote from the original email (names redacted):

“I buy and resell subcontract services all the time at better than 50% margin.

“Would you be open to a fee structure something like:

Bob and Carol took this very seriously, researching other industries and referral fees, and established that they had seen the range of 8% to 10%, and offered to pay 15% to Ted, which he refused. There were more emails back and forth, with no agreement reached.

So here we are, at the point my friend was asked by Bob, “What would you do?” Bob is being pressed for unusually high (in my opinion) ongoing fees for a referral, with the possibility of litigation coming out of this if they cannot agree. Please bear in mind that this was some months ago and has already played out. I see a number of takeaways here…which I will detail in Part 2.

I purposely do not know what that outcome was so I could write this piece objectively. Please, and getting back to the title of this column, we would love to hear what you think Bob should do. Please send any advice to me at dkleeger@testa.com. Select ideas and comments may be published in Part 2.