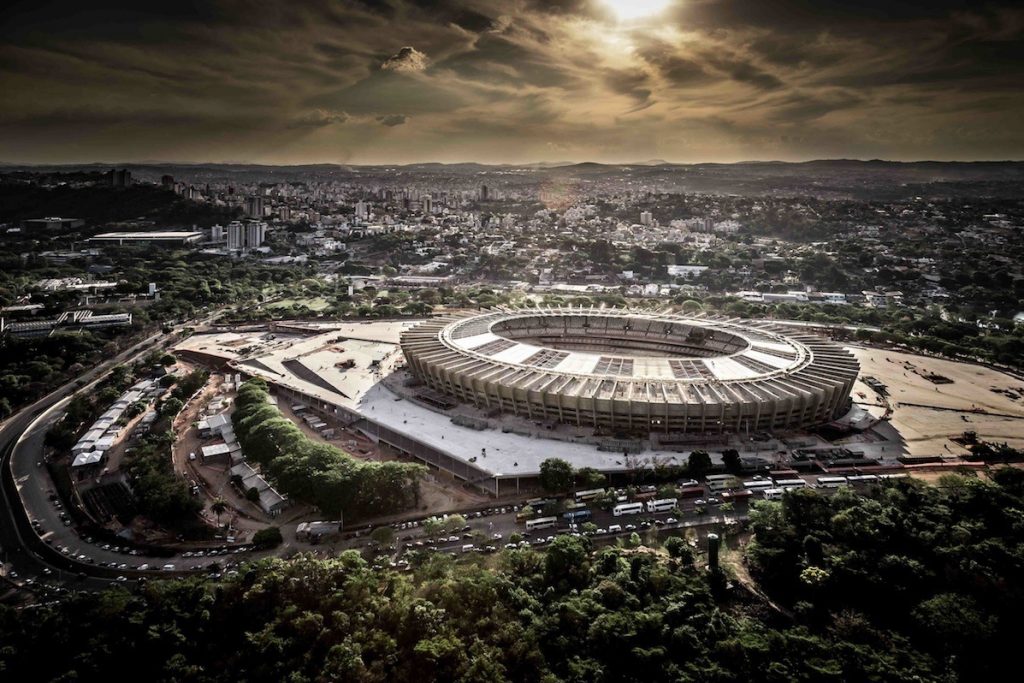 Rio de Janeiro’s seven Olympic Stadiums were distinguished by more than spectacular sports action. The stadiums themselves benefited from world-class speech intelligibility and extraordinary live video feeds. Their public address systems and related audio and video information distribution resources were precisely designed and calibrated to keep fans in the stands fully informed about action in the arenas. These advanced systems did not draw the same level of enthusiastic crowd reaction as the athletes’ performances, but neither did they provoke jeers of frustration with incomprehensible speech intelligibility.

The fans may not have taken the crystal clear audio announcements for granted if they understood how much preparation went into providing for their Olympic-level audio. The stadiums’ acoustics had been in development almost as long as many of the athletes were in training for the games. A global team of technicians, acousticians and architects had worked for years to provide stadium audiences with superb public address and related audio/video quality. We all understood that pristine speech intelligibility was critical not only for information about athlete performance and newly established records, but for critically important crowd control and security purposes.

To meet this Olympic-level challenge, we began coordinating a simultaneous Acoustic Program and Audio/Video System design in 2013. Fortunately, WSDG has extensive experience in multitask collaboration. Our US and European teammates were invaluable assets in providing comprehensive technical, acoustic, aesthetic and technological designs for the Maracanã and Barra Park Olympic stadiums, and for Belo Horizonte’s Mineirão and Independencia arenas.”

The temple of soccer, officially called Estádio Jornalista Mario Filho but popularly known as Maracanã, is the largest soccer stadium in Brazil. Inaugurated in 1950 for the FIFA World Cup, it has been the focal point for many unforgettable moments in Brazilian and international soccer, including Pelé’s thousandth goal.

Originally built in 1965, the 62,1601-seat Mineirão Stadium, Brazil’s second largest sports arena, was designed to generate benefits long after the 2016 Olympics. Brazilian officials clearly recognized the need for a significant audio/video and acoustics upgrade to enable the 51-year-old complex to comply with FIFA technical requirements. Every conceivable opportunity to upgrade the system was explored.

Our primary Mineirão concerns focused on the level of sound comfort and intelligibility in relation to RT60 reverberation time. We engaged sophisticated proprietary simulation programs to assess and “auralize” the entire complex. We identified extensive sound reflections throughout the arena and concluded that acoustical absorption was required at the inner ring of the audience sector to achieve the required STI values.

Speaker positioning was defined for the internal and external areas and for numerous zoning maps that can now be individually controlled for increased flexibility and security purposes.

All audio and video systems, and control room speaker selections, were designed to meet FIFA, international security and Olympics Committee standards. We also recommended incorporating a videowall instead of a traditional scoreboard.

Basel, Switzerland-based WSDG Europe Partner/GM Dirk Noy and Partner/Director of Acoustics Gabriel Hauser led the team that performed extensive acoustical simulations to ensure optimal stadium speech intelligibility. Noy explained that this is a three-step procedure. In step one, each individual space must be translated from architectural information (e.g., drawings and measured dimensions) into a three-dimensional digital model. In step two, the model is fitted with acoustical surfaces. Basically, every surface of the model (walls, floor, windows, ceiling, furniture, curtains, etc.) has to be assigned specific acoustical properties. In step three, the “virtual” acoustical measurements are introduced into the model, where they are precisely assessed. The resulting findings are then applied to correct or modify any (absorptive or reflective) acoustical issue.

WSDG also coordinated extensive audio and video upgrades for Brazil’s largest sports venue, the Maracanã Stadium, which hosted 250,000 fans for a KISS concert in 1983; the company also handled upgrades for Independencia, a 25,000-seat arena built in Belo Horizonte in 1950. All three stadiums had hosted events for the 2014 World Cup. Maracanã hosted the opening and closing events of the 2016 Olympics.

Luiz Kruszielski, Audio Producer of TV Globo, was onsite throughout the Olympics. Describing his experience with the public address system, he remarked, “The music during the intervals between matches had a good sound pressure and was well balanced, resulting in an overall pleasant sound. During the fencing match finals at Arena Carioca 3, the referee used a headset microphone that fed directly into the PA system. His comments were clear and fully intelligible, even when the crowd was cheering.”

Fortunately, there were no crowd control or emergency issues at any of the venues. However, great care was taken to make all public address announcements fully intelligible to everyone.