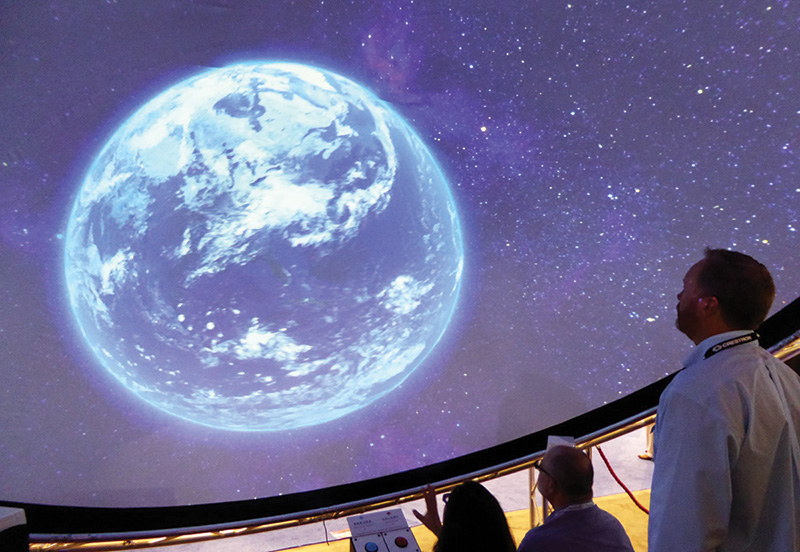 By the time you read this, InfoComm 2017 will be a distant memory, fading in the rearview mirror. For me, this year’s show was hectic, to say the least. I presented my annual Future Trends talk on June 13 to kick off the Emerging Trends session; then, I conducted a three-hour workshop on RF and wireless that afternoon to the largest crowd I’ve ever had for the class. (It might be the largest crowd I ever get, as I’m thinking of shelving that class.)

Bright and early on the morning of June 14, I taught a two-hour class on AV over IT (the correct term; you could also use “AV with IP”) to a full house. There were even some folks standing in the back of the room. I guessed at least 200 were in attendance.

The morning of June 15 found me back in the same space, talking about 4K and Ultra HDTV to a smaller crowd (maybe not as “hot” a topic?) and urging them to set their BS meters to “high” when they headed to the show floor to talk to manufacturers about 4K-compatible/ready/friendly products.

Amid other presentation commitments, it worked out to nearly 15 hours standing in front of crowds and talking—tiring, to say the least. But, I did get a ton of great follow-up questions after each session. People were paying attention!

The migration to using TCP/IP networks to transport video and audio instead of buying and installing ever-larger and more complex HDMI switchers and DAs is definitely catching steam. My colleagues and I have only been talking about this for over a decade, and it’s rewarding to see that both manufacturers and end users are buying in. And why not? Computer hardware couldn’t get much cheaper.

For my AV/IT demo, I was streaming a local TV station, broadcasting in the 720p HD format, using an H.264 AVC encoder/decoder pair running through a 1GigE NetGear managed switch. The streaming rates were in the range of 15Mb/s to 18Mb/s, so I had plenty of headroom.

It worked like a champ. I was able to show how adjusting the group of pictures (GOP) length affected latency, along with the effects of constant bitrate (CBR) versus variable bitrate (VBR) encoding. If I could have dug up the gear in time, I would have demonstrated UHD content through a 10Gb/s switch—same principles, just a faster network.

This year, I saw more companies than ever showing some sort of AV-over-IT solution. (Almost as many as those showing LED walls!) Lots of encoders and decoders, using H.264, Motion JPEG and JPEG 2000 formats; connected through fast switches and driving everything from televisions to projectors.

If it’s really happening this time, then this is big. Migration to AV over IT is a big shot across the bow of companies that sell large, HDMI-based matrix switches, not to mention distribution amplifiers and signal extenders—both made obsolete by this new technology. With AV on a network, all you need is a fast switch and a bunch of category cable. For longer runs, just run optical fiber connections to SFP fiber connections on the switch.

Hand in hand with the migration to an IT-based delivery system is a steady decline in the price of hardware, which has impacted the consumer electronics industry even more profoundly. Consider that you can now buy a 65-inch Ultra HDTV (4K) with “smart” capabilities and support for basic high-dynamic-range video for about $800.

That’s even more amazing when you consider that the first Ultra HD displays arrived on our shores in 2012 with steep price tags around $20,000. But the nexus of the display industry has moved to mainland China, creating an excess of manufacturing capacity and causing wholesale and retail prices to plummet.

There is no better example of China’s impact on the display market than LED display tiles and walls. These products have migrated from expensive, coarse-resolution models to super-bright thin tiles with dot pitches below 1mm—about the same pitch as a 50-inch plasma monitor two decades ago.

Talk to projector manufacturers and they’ll tell you that LED displays have cut heavily into their business, especially as it relates to high-brightness projectors for large venues. LED wall manufacturers were prominent at the show, and some are hiring industry veterans to run their sales and marketing operations, removing a potential barrier to sales in this country by presenting potential customers with familiar faces.

At the other end, large and inexpensive LCD displays with Full HD resolution have killed off much of the “hang and bang” projector business, and large panels with Ultra HD resolution are now popping up in sizes as large as 98 inches. The way things are going in Asia, Full HD panel production might disappear completely by the end of the decade, as everyone shifts to Ultra HD panel production.

Even the newest HDR imaging technology—quantum dots (QD)—made an appearance in Orlando FL in a line of commercial monitors with UHD resolution. Considering that QD-equipped televisions have only been around for a couple of years, that’s an amazingly accelerated timeline. But, compressed timelines between introduction and implementation are the norm nowadays.

This was my 24th consecutive InfoComm, and the 21st show (so far as I can remember) where I taught at least one class. When I went to my first show in Anaheim CA, CRT projectors were still in use, a “bright” light valve projector could generate maybe 2,000 lumens, LCD projectors cost $10,000 and weighed 30lb., and composite video and VGA resolution ruled the day. RS232 was used to control everything, and stereo was about as “multichannel” as audio got.

All of that has passed into oblivion (except for RS232 and VGA connectors) as we continue to blow by resolution, size, speed and storage benchmarks. The transition to networked AV will result in even more gear being hauled off to recycling yards, as will advances in wireless high-bandwidth technology, flexible displays, cloud media storage and delivery, and object-based control systems.