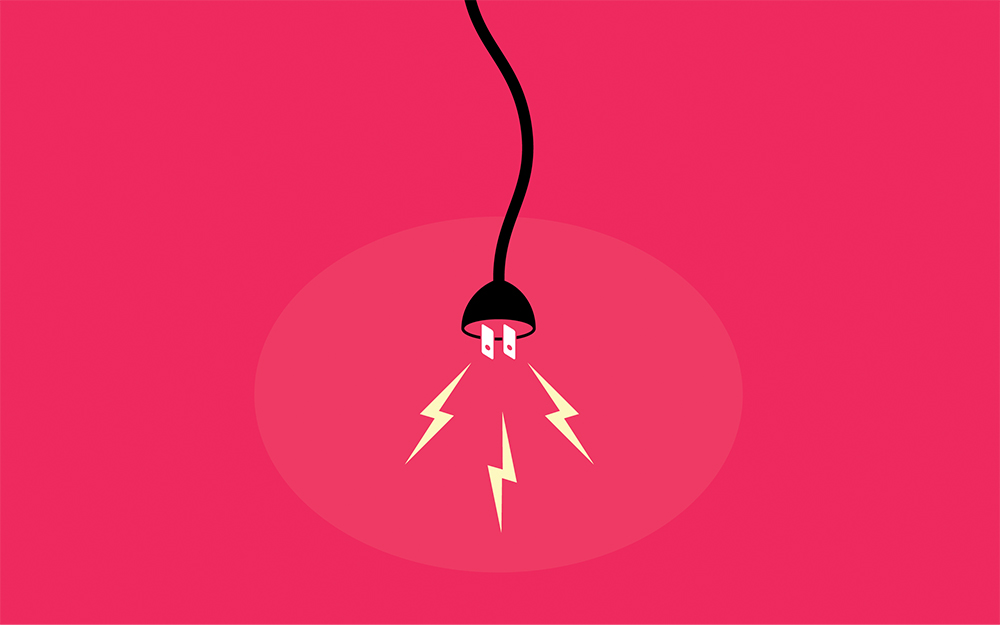 Before any audio/video system goes online to the public, you need to pull the plug! It’s the only way to find out if your system is installed correctly for maximum performance, even under challenging conditions. More specifically, for every project, you need to flip off all the circuit breakers, turn them back on sequentially and see what is actually connected to each circuit. It’s not unusual to find undesirable surprises in the power system.

Modern AV systems are complicated, and the issues are not confined to just the audio and video wiring. Grounding, UPS, load and phase requirements are key parts of getting your system properly sorted. The caveat is that this must be done in conjunction with someone who knows what he’s doing, specifically a qualified electrician intimately familiar with how the system is wired. Thus, a good electrician and a pair of cellphones are remarkably useful.

Insert an inexpensive receptacle tester (less than $10) into each power strip and outlet to detect the most common wiring problems in standard and GFCI receptacles, to detect open ground, reverse polarity, open hot, open neutral or hot/ground reversals. Next, measure the AC line voltage on each power strip to ensure that it is correct.

It’s one challenge to have a catastrophic power outage resulting in an audience evacuating the building. However, temporary power outages are another, and they represent the majority of the challenges your systems will be coping with in the real world. If a system rides out temporary shortages elegantly, it will reflect well upon your system design. If it doesn’t, investigate the following issues:

Are the items requiring UPS power actually on a UPS circuit? To access this, turn off the power and actually verify that the UPS system (or backup generator) works in the event of a power failure, and/or that the required components are properly connected. In a recent incident, our local bank had not performed such a test and its system failed right in the middle of a transaction. It took 30 minutes for the servers to boot back up. Don’t forget to check the grounding system for the UPS independently of the main system.

Are components not requiring UPS power on a UPS circuit? UPS circuits are expensive and therefore generally have limited capacity. Power-hungry items like power amplifiers and motors should rarely (if ever) be placed on such circuits unless intended for emergency use. Your systems will be able to ride out much longer power outages if you correct these issues up front. Once you have the connections sorted, measure the duration with a stopwatch and document/date it on the side of the UPS with a Sharpie pen. This will be most helpful to those considering a battery replacement a few years hence.

Are the phase loads reasonably balanced? Today’s high-power amplifiers typically require multiple power strips per rack. Often, three power strips (one per phase) are installed for maximum flexibility. Unless the system was fully tested in your facility prior to shipment, it’s possible too many things are plugged into one electrical phase instead of the other two.

The chances are high that you might find components you did not want connected to the AV system circuits once installed in a building. In past projects, we’ve seen wall outlets intended for room vacuuming, dimmed lighting and even HVAC equipment hooked up to “dedicated” circuits. These must be reported to the building project manager for correction.

One trick I’ve seen is to get some of those colored sticker dots from a local school or office supply store. Assign a function to each color and put one on each of your components: for example, magenta for UPS, yellow for Phase A, blue for Phase B and purple for Phase C. After you’ve flipped off all the breakers, turn each one on and remove the sticker once you’re sure the component is connected to the correct circuit. Not exactly rocket science, but easy to coordinate with cellphones. Put a red sticker on components that aren’t properly connected, and leave it on until the issue is properly sorted.

Is your ground properly sorted? There are two methods for testing an electrical grounding system. The first is the three-point or Fall-of-Potential method; the second is the Induced Frequency test or clamp-on method. Both involve meters costing more than $1000 and require a smart electrician or electrical engineer. The three-point system (the more accurate of the two) requires the power to be completely off, a situation not likely to occur after the keys have been handed over to the operations staff.

Leave time in your schedule to verify proper power connectivity in your Test & Adjust activities. This is serious business, and getting it right should provide your system with a generation of trouble-free reliability. Get it wrong, and you’ll have just the opposite: a problem child bedeviling operators for years to come.

Previous ArticleNetworking & Learning In Person: As Powerful As Ever!Next ArticleNo DHCP? No reservations? No service!