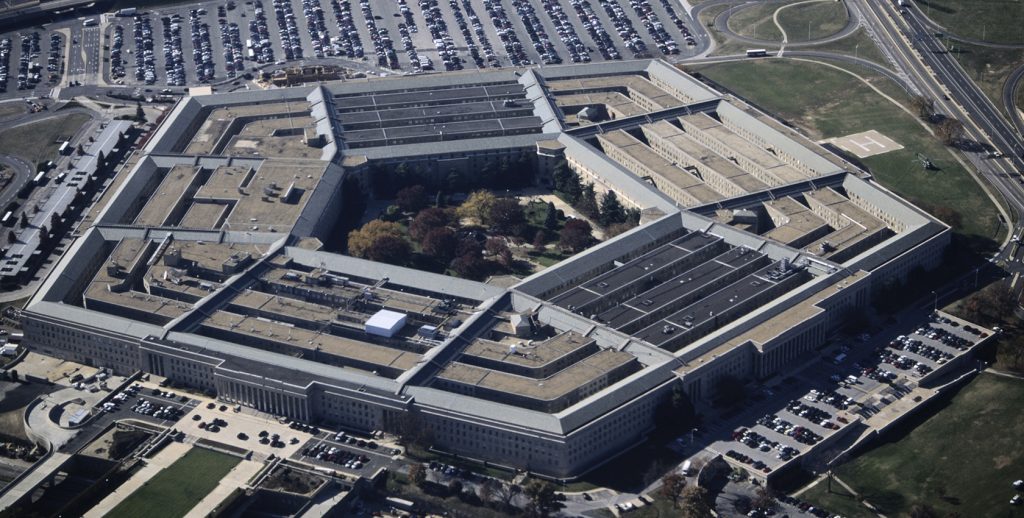 Editor’s Note: When dealing with the government, many usual installation practices take a whole new perspective. Here is an example of an analog to digital upgrade of the video infrastructure in a top security area of the Pentagon.

Upgrading an analog video teleconference system to a modern digital fiber-based installation might seem fairly straightforward, but when the client is the US Department of Defense and the location is the Pentagon itself, and the role of the system is nothing less than the backup should the Pentagon ever be disabled or go offline, things are very different, indeed.

And this is what Chris Lavery and I undertook recently: a mission-critical project planned in every detail and executed in a mere 11 days!

Just working in such a secure environment presents extraordinary complications. The project presented myriad challenges, some of which we were accustomed to and some of which were completely novel. These projects are always difficult because of the security and space restrictions. Not all of our contractors are cleared and some require an escort. Coordinating that can prove tricky, especially on larger projects requiring the customer to free up resources that may have responsibilities that need to be met during the work day.

Working in a classified environment limits things we take for granted, such as laptops and mobile phones. You come to realize how dependent we are on reaching out for help or simply coordinating deliveries or getting status updates. Standard troubleshooting or issues with equipment can be maddeningly slow to diagnose and resolve for all parties involved because of the security situation.

This project was further complicated by having a very short window of time in which to take the legacy system offline. Because this is an auxiliary site and there are various global events in which our DoD may have involvement or interest in, the reality is that the room may have been needed at any given time were something of interest to occur. The pressure was extensive, to say the least.

The project itself involved an analog to digital upgrade (both HDBaseT and multimode fiber) of the video infrastructure with a large-scale video distribution system. The DoD demanded a mission-critical system that could flawlessly distribute content locally (26 operators) and to 46 overflow offices. Content included classified and unclassified PC content from all 26 operator stations, hard and soft codec content, and content from a number of miscellaneous pieces of hardware such as cable tuners and Blu-ray players.

Because this was an upgrade and expansion to an existing system, the primary objective was to upgrade the current system to a digital solution with the additional capability to push content to 46 overflow offices. Integrating a soft codec solution into the system while implementing a simple and user-friendly control interface were also essential objectives.

During the design process, Chris and I had various sessions collaborating with the client in order to survey the facility and discuss objectives and limitations. Because of funding and the nature of how that funding is released, we ended up with a fairly mercurial project that kept growing in budget and in scope. Initially, we were simply doing a VTC room with voice lift and a videowall, and support for a handful of PCs to be displayed on that videowall.

Fast forward several months and the requirements had grown: We had soft-VTC integration with an SX80, USB PC audio and a large amount of fiber outputs that would feed remote offices for passive viewing of DoD briefings, plus closed circuit cams that needed to be integrated.

Using Vectorworks fitted with the connectCAD plugin as our primary design tools, we proceeded to develop a system design, bill of materials and quote. In a project like this where goals and scope change as the project evolves, software flexibility plays an important role. Once the design process was complete, system drawings, riser drawings, pathway drawings, pull lists and a number of other documents were passed to the customer for review and approval. Vectorworks with connectCAD facilitated the entire design and installation process. The impact of a sound design increased the time and monetary savings exponentially as the project rolled out.

System design documentation was updated continuously throughout the building process as a contingency effort to maintain sufficient records in case the system had to be put in use, and to expedite the sign off process.

Due to the condensed nature of the project, it was critical that we reuse what was already in place to save time and manage cost. Some of the audio infrastructure and the displays were kept. However, DSPs, codecs and fiber switches/infrastructure were all upgraded. We chose a Crestron automation system based on the current onsite support staff’s ability to support Crestron.

We selected cabling infrastructure and other hardware based on security needs, hardware reliability and manufacturer ability to provide support for their products should they fail. We transitioned from copper to fiber in terms of our topology for most video inputs, and encountered a host of requirements that the DoD has in terms of proprietary connectors, termination standards and so on, that we were previously unfamiliar with. Many, many meetings went into ensuring compliance. The last thing we wanted was to have to rip out cabling and equipment and cause more headaches. I think that one of our largest setbacks was waiting for Corning to fabricate the specific keyed LC connectors to separate certain fiber transmissions from others. We also found out that no dark fiber would be permitted, so we had to terminate a large amount of fiber that would not actively be connected to our system in any way.

There was some existing infrastructure that saved us a decent amount of time, mainly with regard to audio. The mic lines were already run and we literally pulled the phoenix blocks from the old DSP and put them on the new Biamp TesiraFORTÉ units. The same applies for the speaker reinforcement. Those lines were run and the speakers from the legacy system were performing adequately, so we essentially just swapped out their older amps for newer Lab.gruppen E series amplifiers to save on rack space and increase energy efficiency. We replaced the existing videowall processor with the Crestron DM receivers, which were easier to program and configure, and met the client’s needs in terms of arranging the videowall into different settings.

Because of the nature of the large Crestron fiber switch, which didn’t have a discrete analog audio output or input, we encountered some obstacles, such as embedding the audio feed with both the near- and far-end audio of a VTC call for the fiber feeds because this was an add-on. We quickly discovered that, although we could send pictures to the remote offices of a near- and far-end videoconference, we didn’t have the local participants mixed into their feed. Fortunately, we were able to mix this in the Cisco Telepresence SX80 TC software and avoid any embarrassing shortcomings.

The old system was purely analog and consisted of PC stations with dual output, variable classifications, gooseneck mics, multi-classification Cisco C40 TelePresence codecs and a videowall processor. They had no ability to share slides or content outside of the SCIF, and had a fairly old, noisy DSP system.

Our system upgrade includes classified VTC communications with various DoD branches and agencies, and supports integrating WebEx and various flavors of that into the DoD network, while leveraging the components of the AV system: gooseneck mics and sound reinforcement, as well as being able to push that content to a host of offices via a fiberoptic network. We went from a hybrid IP/ISDN VTC system to one that is now exclusively IP.

Between the time constraints, functional requirements and facility restrictions, these types of projects are extremely challenging. It was a one-of-a-kind install in the realm of our DoD clientele, which we hope to extend to new and existing customers in the future.